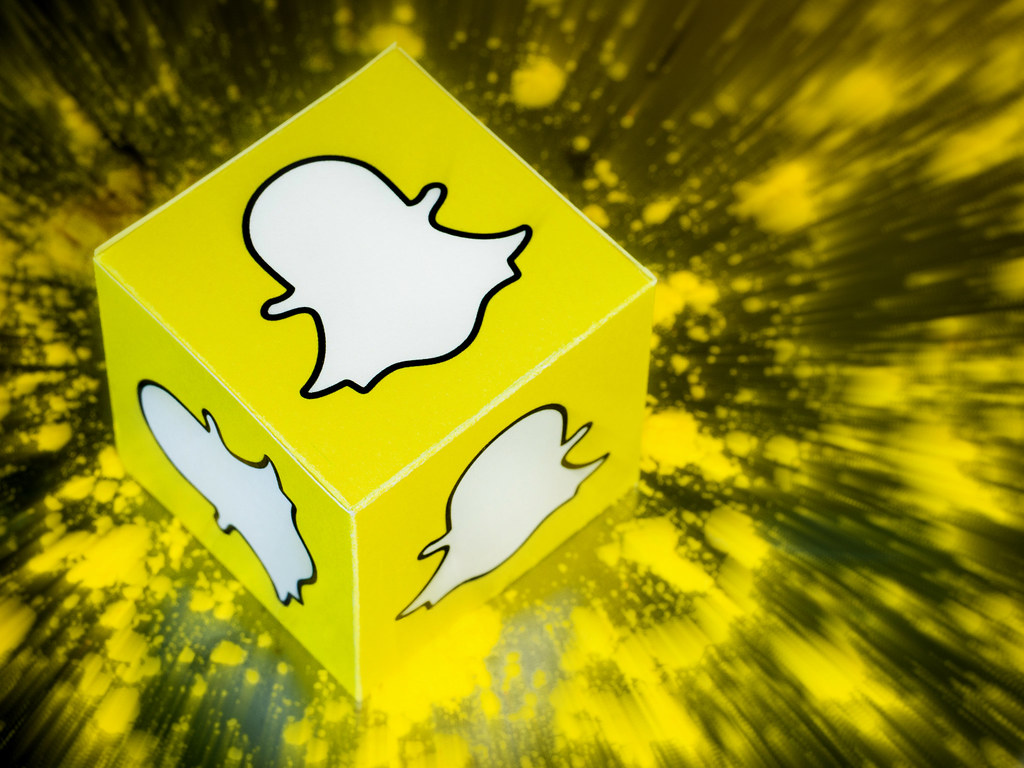 4 Out of 5 Pill Pushers Seem to Prefer Snapchat

Remember that One Pill Can Kill Campaign we wrote about back in September? You know, that blanket warning put together by the DEA because counterfeit pills were killing so many Americans? Well, it turns out there’s still good reason to heed the agency’s Public Safety Alert. Damn good reason. Fatal drug overdoses are still killing more and more Americans. And counterfeit pills remain the main culprit too. Now though the pills are killing more and more middle-schoolers.

In our earlier piece we’d written that drug dealers had begun abandoning Instagram in favor of TikTok and Snapchat. That was largely because Instagram had stepped up their drug-spotting efforts and were successfully weeding out the dealers. Then in October, a heartbreaking NBC News investigation took Snapchat to task for not doing likewise. Parent company Snap responded immediately. Then they apparently made some considerable efforts on their app too.

Snapchat provided a glimpse at its progress, noting that 88% of the drug-related content it finds is now identified proactively by automated systems, with community reporting accounting for the other 12%. Snap says this number is up by a third since its October update, indicating that more of this content is being detected before being identified by users.

Sounds good, but what does 88% actually look like? A hundred thousand? A million? Ten million? More?

Okay, so a follow-up blog post reported a 31% decline in drug-related community reports since September. But doesn’t that simply mean the automated system is getting better at sniffing out the drugs? As for Snapchat saying they’ll “keep working to get this number as low as possible,” well, what else would they say?

Again though, Snapchat is also apparently doing. Hatmaker says their efforts include “a new safeguard that prevents 13 to 17-year-old users from showing up in its Quick Add user search results unless they have friends in common with the person searching.” This “is meant to discourage minors from connecting with users they don’t know, in this case to deter online drug transactions.”

Snapchat has also added some of the CDC’s fentanyl warning info “into its Heads Up harm reduction portal, partnered with the nonprofit Community Anti-Drug Coalitions of America (CADCA),” and employed experts to keep on top of “its lexicon of drug sales jargon.” 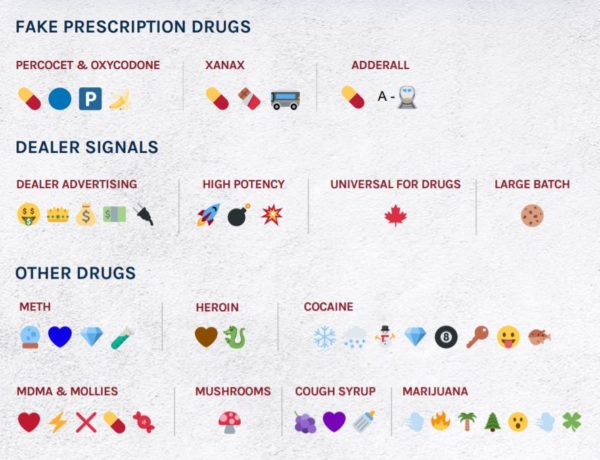 Speaking of drug sales jargon… Once upon a time kids knew that A was for Apple and J was for Jacks, because that was the slogan for “cinnamon toasty Apple Jacks.” That time is no more. These days 💊A-🚆 is code for Adderall and 💊🍫🚌 is code for Xanax. The kids know it. Unfortunately, the parents don’t. Not always anyway.

That’s why the DEA put together this handy-dandy emoji drug decoder. So parents could be better informed. After all, it’s crucial to know what your kids are texting about. It’s especially important to be able to suss out what’s what when a child seems off or distant or otherwise out of sorts. Sure, a parent can ask. And it would be terrific if they received truthful answers. But truthful answers are rare. Even rarer is a child is abusing drugs. Besides, time is of the essence. We really are talking life or death here. In fact, the way today’s pills are being manufactured, it’s much more likely to be death.

Hence the DEA’s One Pill Can Kill Campaign and its attendant Emoji Drug Code Decoder. Everyone needs to know that turning to Snapchat for pills isn’t just a dicey proposition; it’s a deadly proposition. Because these pills are being slapped together in backyard “facilities” by people who couldn’t care less how much fentanyl gets put into each batch, just so long as they make their daily quota. After all, the machine-gun-toting guy standing over their shoulder is much more intimidating than some suburban American Tom, Dick or Mary who may or may not die tomorrow. Much more immediate too.

Know this though: those pills you get won’t contain any prescription medicine. None whatsoever. That goes whether it’s stamped like Adderall, OxyContin or Xanax. The pills will have fentanyl though. That’s certain. And if a pill has even a spec too much, it will kill you. The whole thing really is just that simple.

Enough to Kill Every American

“The amount of fentanyl the DEA and our law enforcement partners seized this year is enough to kill every single American,” DEA administrator says.

The news stories are the same wherever you go. East Coast. West Coast. No coast. In cities measured large, medium and small. It really doesn’t matter. Geography doesn’t alter the facts.

We happen to get this news from News4Jax. We also got this:

“Criminal networks are increasingly using social media to move their drugs to our communities.”

That came straight from Deanne L. Reuter, special agent in charge of the DEA Miami division. Reuter’s division oversees all DEA operations in Florida. That gives the agent special insight into the foreign drug cartels that are targeting young Americans.

“Just because you get it from a friend or a friend online does not make that pill legitimate,” said Reuter. “Forty-two percent of the counterfeit pills that have been seized this year contain a deadly dose of fentanyl.”

“We know that these overdose deaths are directly caused by Mexican drug cartels that are flooding the United States with millions of fake pills,” Milgram said. “What’s equally troubling is the cartels have harnessed the perfect delivery drug tool: social media.”

In fact, it was Administrator Milgram who issued the statement that led this briefing — and which led the nationwide onslaught of news stories.

So what do we do? Well, we’ve already called for social media platforms to step up their game. And to varying degrees they’re doing so too. But they’re playing whack-a-mole. And they’re playing it against devious beings who’ve got untold millions riding on who wins. Those devious beings also have enough resources to pretty much go toe-to-toe with social media. Enough to make things competitive anyway.

In the end it’s up to us. You. Me. Them. Warn your family. Warn your friends. And report bad actors, whenever and wherever you see them. Mostly though, do not buy unprescribed pills. Remember Administrator Milgram’s words: “Just because you get it from a friend or a friend online does not make that pill legitimate.”

More importantly remember how many Americans have overdosed and died because they believed otherwise.

What about you? Are you on the fence about pills? Ready to get off and join us sober folk? Remember, the only thing we’re sweating is how to make a great day even greater. No joke. That’s really what our day-to-day looks like. Sure, we get a hiccup every once in awhile. Who doesn’t? It doesn’t derail us though. We’re surrounded by a solid community. In fact, it’s a core that’s been 20 years in the making. That’s right. Healing Properties opened its doors in April 2002. Since then we’ve helped thousands of men get clean — and stay clean. Give us a ring. We’ll gladly help you too.