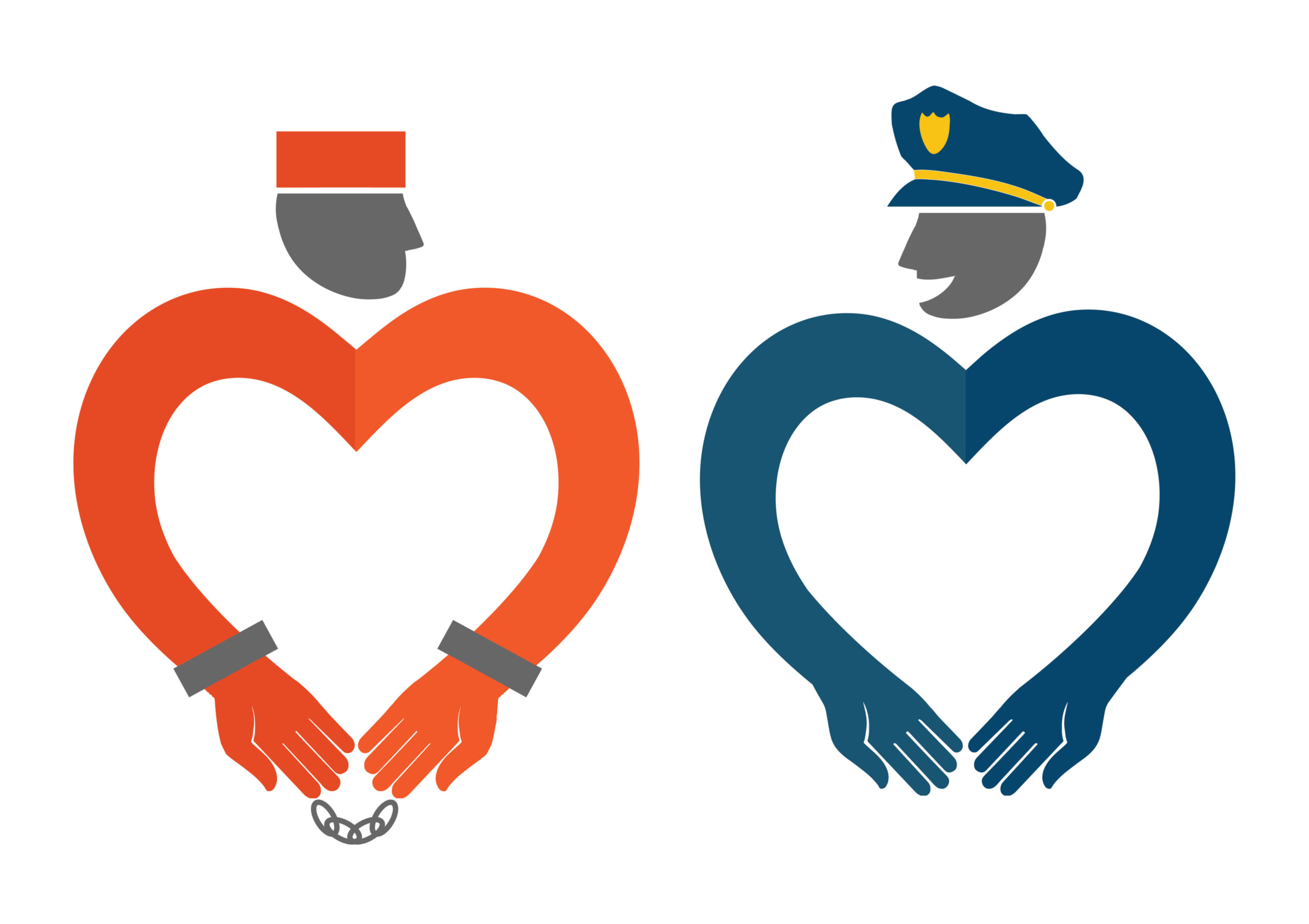 A Convict, a Cop and a Kidney: Kindness Strikes!

Few stories are anywhere near as kind or as inspiring as this story of a convict, a cop and a kidney. Too bad too. Because a few more stories like this and the world might just irrevocably right itself.

See this isn’t simply a story about a convict, a cop and a kidney. It’s the story of a convict donating her kidney to the cop who arrested her — 15 times! Okay, so the cop didn’t actually make all of the convict’s 15 arrests. He did make a large number of them though. Then again, when the police force numbers four and the town counts around a thousand it’s no surprise to see this convict and that cop would have more than a few encounters.

Still the story is incredible, no matter who arrested whom how many times. It’s also incredibly kind and inspiring. So let’s give it all due reverence and respect.

A Convict, A Cop and a Kidney

There’s really more to the story than a convict, a cop and a kidney. Much more. In the first place, the convict in question is an ex-convict. She’s an ex-addict too, which is also a large part of the story. Though she’s been neither convict nor addict for nearly a decade. That’s right. She’s been a sober, law-abiding citizen going on nine years now. The cop’s no longer a cop either. He’s retired. After 44 years on the job. Yes, 44 years.

Her name is Jocelynn James Edmonds. His name is Terrell Potter. They both live in a place called Phil Campbell, a town of around a thousand in the northwest corner of Alabama. The two weren’t close. Despite the town’s small size. But yes, again, they did have a few run-ins. More than a few really. Not as many run-ins as arrests perhaps. But definitely a good few.

None of their run-ins was quite as consequential as that which took place in the summer of 2020. That was when they both checked in to Nashville’s Vanderbilt University Medical Center (VUMC) and Edmonds gave Potter one of her kidneys.

Edmonds, ever benevolent, pretty much shrugs off the great donation. In fact, she insists it was more of a quid pro quo. Since Potter’s arrests helped turn her life around, she says, this was the least she could do.

“I still can’t tell you what the post says because I never read it fully,” Edmonds told the VUMC Voice. “I just saw that the man needed a kidney and the Holy Spirit spoke to me and said ‘you have that man’s kidney.’ It was that simple.”

Edmonds is speaking of the night she was scrolling through Facebook and saw a plea from Potter’s daughter, April. Had Edmonds kept reading she would’ve learned not just that Potter needed a kidney, but that a replacement organ was a good 7-8-years away. She would’ve also learned that Potter didn’t have seven or eight years to wait. Heck, he barely had seven or eight days!

After a quick hem and a haw Edmonds was on the phone with April and arranging for a compatibility test.

The match was perfect.

Like too many people, Edmonds came into her opioid addiction the new-fashioned way — through surgery. That was back in 2007. Doctors had found cancerous cells in her ovaries. Edmonds didn’t want the complete hysterectomy, so she had series of six laparoscopic surgeries instead. She received a prescription for opioids after each and every surgery.

“By the time it came to the end of the battle I had to have a full hysterectomy,” she said. She also had a full-blown opioid addiction.

Edmonds somehow remained functional despite her substance use disorder. For awhile anyway. But her habit became progressively worse. “I became an IV user,” she recalls. “And I was shooting up 16 times a day.”

She was also committing crimes to feed her addiction. Lots and lots of crimes. “Breaking into houses. Just doing whatever I could do to get my next high,” she said.

Then one fateful night, Edmonds saw her name flash across her TV screen. She was being featured on a very popular local television program.

“And I was done,” Edmonds said. “I was sick of living that life.”

Edmonds turned herself in at the Franklin County Jail. They kept her six months. Rehab came next. Nine months. She’s been helping others non-stop ever since.

Indeed. Though the kidney donation got the most attention, rarely a day goes by when Edmonds doesn’t somehow somewhere help someone. She does it in the name of The Place of Grace Center. And though The Place doesn’t yet have an actual Center, the lack of an official edifice has in no way diminished her drive to help folks right their lives. In fact, Edmonds is pretty much always picking up someone and taking them somewhere, usually in for treatment.

“We may not have a building yet, but we do have committed donors who come through every month,” says Edmonds. “We could always use more of course. But I’m not worried. God has a huge plan. We will get our building. I’ve got Faith.”

In the meantime Edmonds keeps helping people get the treatment they so desperately need. Even if that means covering the tab herself. To date that’s come to over 900 women, and a good 100+ men.

“We all have a purpose for our lives,” said Edmonds. “Mine is to lead others to Christ and help with their recovery!”

Healing Properties applauds Jocelyn James Edmonds for her courageous commitment, both to others as well as to her sobriety. One doesn’t help over a thousand people and stay sober for over eight straight years without sheer unadulterated resolve. We too are sure it’s only a matter of time before The Place of Grace Center has its very own edifice. And we wholeheartedly applaud the fact that Edmonds didn’t wait till it was fully realized before executing her mission.

We’d also like to congratulate the Grace Center chief on her August wedding. (Now you know the reason for the name Edmonds rather than James throughout this story.) Congratulations too to retired Sergeant Terrell Potter on his new kidney — and his renewed health. If anyone deserves to be the primary beneficiary in such an inspiring story, it’s a 44-year-careered former Officer of the Law.

Speaking of story… Again, this story was about much more than a convict, a cop and a kidney. It was about kindness. And generosity. And inspiration. It was also about the tremendous humanity that still exists all across this great country of ours. A humanity that’s there for everyone to see, if, that is, they simply slow down, and take a mindful minute to look. And if by chance you don’t happen to see such a story, well, do something about it. Step up and be the inspiring story. You won’t regret it. You won’t forget it either.

How about you? Are you looking to live out a story like A Convict, a Cop and a Kidney? Do you see yourself helping others in the way Jocelyn James Edmonds does? Or could you use some help yourself right about now? If so, don’t sweat it. There are scores of people who can help. That includes us. Yep, we’ve been helping men beat addiction since 2002. And we’d be honored to help you too. All you’ve gotta do is call.

(Extra special thanks to Matt Batcheldor and the VUMC Voice; Alison James and the Franklin County Times, The Good News Network; and WVTM Digital for the inspiring stories behind this inspiring stories.)