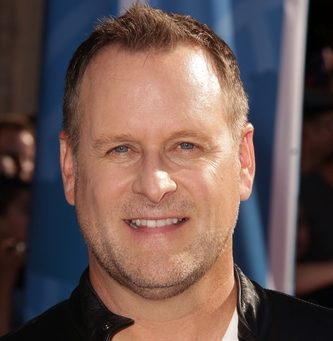 If Dave Coulier has a mantra, it’s probably something along the lines of “When life gets full, you make it even fuller.” No, not just because his co-star run in ABC’s hit sitcom Full House was followed with a stint in Netflix’s subsequent Fuller House. (Though of course there is that.) But because the entertainment insider always seems to parlay the interesting into something even more interesting.Gets Static

When fellow comedian Aaron Littleton began the static blog back in 2011, it’s highly unlikely he and Coulier anticipated the boast would be around for over a decade. It’s also unlikely the two thought it’d be heralded by everyone from Geek Lust and Mary Sue to the AV Club and the BBC. But there you have it.

Yes, as the title attests, the blog publishes the same photograph of Coulier each and every day, which is the antithesis of his career. Take his voice work, which has its roots in Coulier’s gifted mimicking of his high school principal. Most natural oral acrobats would be thrilled with adding pizzazz to Scooby and Scrappy-Doo, Detention and Rude Dog and the Dweebs. They’d also probably think twice about following up such successes by following the likes of Lorenzo Music and Howie Mandel. Not so this brave soul. Indeed, Coulier not only resoundingly ricocheted between Scooby and the Dweebs, but he also dared segue into both The Real Ghostbusters and Muppet Babies then passed along the two batons without missing a respective beat.

Coulier also laid rubber when he spun down Reality TV Street. First he joined the usual odd lot in the swank former abode of legendary song man Glen Campbell for Season 3 of MTV’s The Surreal Life. A move that put him up close and personal with Brigitte Nielsen and Flavor Flav while the tag team began their Strange Love affair. Then Coulier paired nicely with Olympic medalist Nancy Kerrigan for FOX’s Skating with Celebrities. And though the two were eliminated in episode four, the quasi-quickie appearance did seem to wash off the surreal stink. It showed Coulier was a good sport too!

That Kerrigan pairing also showed Coulier had some serious skating chops. Then again, you don’t grow up outside of Detroit without hitting the ice. You don’t grow up outside Detroit without following the Red Wings and Tigers either. In fact, Coulier is still ever game to grab a stick or a bat on behalf of both hometown franchises’ charity efforts. And when he does so, it’s often in conjunction with fellow fans like Jeff Daniels and Tom Selleck.

Coulier goes fuller there too. When he and Daniels showed up to intro a Red Wings / Blackhawks game, Fuller Dave pulled out the voice of SCTV‘s legendary Bob McKenzie. Brothers Bob and Doug have of course been revered ever since 1983’s beloved Strange Brew. The two are especially cherished along the U.S. / Canadian border, where SCTV is probably second in popularity only to hockey itself. In an arena where over half the team and much of the fans are Canadian, Bob McKenzie is a sure-fire winner.

But the real fullerness of the occasion was that this marked one of the first times Coulier dared voice the beloved character in public. No small feat considering brother Bob’s royal roots. See Bob McKenzie was birthed by comedy kingpin Rick Moranis. And when you inherit a character that was birthed by royalty like Rick Moranis, well, you best be worthy of echoing the crown.

Couvier scored alright. With both deftness and grace. As if to prove the point, the Red Wings went on to win the game 2-1.

Okay, so the above incident occurred in 2020. By then it had been nearly a dozen years since Coulier first inherited the character. It also happened to be though the very same year that Coulier adapted another keen, cool character: Sober Dave.

That’s right. Coulier kickstarted 2020 with a fresh, clean start of his own. And he just celebrated his two-year anniversary by posting a throwback photo that’ll remind everyone just how ugly the drinking had become. Sober Dave naturally captured the moment with a spot-on caption. 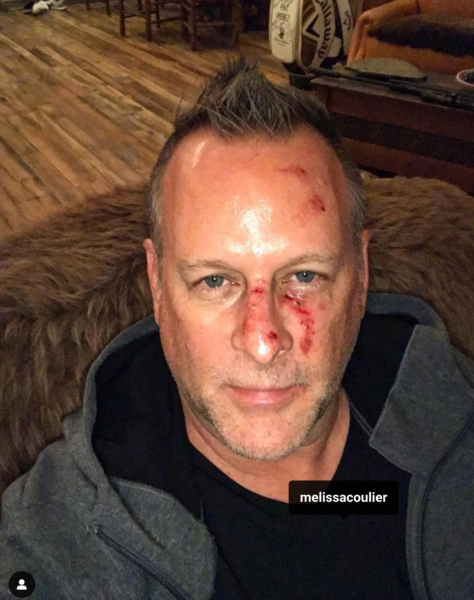 When I drank, I was the life of the party. I could make people laugh until they fell down. In this picture I was the one who fell down. Not because I was playing hockey or doing the things I love – like chopping wood or doing construction, golfing, fishing or flying airplanes. I was hammered and fell, going up some stairs made of stone. No one loved having ‘beers with the boys’ after playing hockey or a round of golf more than me. I was always the ‘final final’ guy in the room.

Coulier didn’t stop there either:

The 8 hours of drinking, laughter and funny stupidity was followed by two days of feeling like a bowl of dog mess. I loved booze, but it didn’t love me back. I decided to make a decision for my own well-being, my family and for those around me who I love so dearly. The mental and physical withdrawal were big challenges for me, but I was supported by @melissacoulier and friends who had already made the journey. The psychological and physical transformation has been amazing. The sky is more blue, my heart is no longer closed, and I enjoy making people laugh until they fall down more than ever before. Thank you, Melissa, for being by my side. I love you.

It was a brave, bold post. Mostly though it was honest and heartfelt. You can feel the hurt in the words. You can also feel the gratitude, as well as the love.

Fans, friends, and former colleagues all came through with congrats. That included former Housemates Candace Cameron Bure, John Stamos and Scott Weinger. Bob Saget’s widow, Kelly Rizzo, also sent her love. Coulier and Bob Saget went way back, of course. Way, way back. In fact, Coulier slept on Saget’s couch while the two were coming up. Once the best friends played best friends on TV, well, the world was theirs.

One name though seems to be conspicuously missing from Coulier’s Congrats list. And that’s Alanis Morissette. Perhaps it’s simply been too long. Or maybe things just went too wrong. Then again, the singer might not have heard the good word. Whatever the case, you’d think the guy who allegedly inspired someone’s first hit single would at least get a Good Going! After all, the Grammy-winning song pretty much launched said someone’s career.

What? You didn’t know that Coulier was the subject of Morissette’s classic “You Oughta Know”? Well, he might be. Then again, he might not. Urban legend believes it to be true. And Coulier even once “jokingly” copped to it himself. Sure, six others have also claimed the title. And frankly, it’s not the most prestigious of titles in the first place. Yet being the bad guy does have a certain cachet. And Coulier undoubtedly put a nice chunk of that cachet to counterbalancing his “good guy” image on Full House. So all-in-all, it kinda sorta really couldn’t have worked out better for him.

Like we said: full to fuller. No matter what. Indeed, it seems that no matter what Coulier’s up to, he always one-ups it. Whether it’s a static photo, a hit sitcom or a notorious song, Coulier will parlay it into even something more. It’s as if he’s got And Then Some on lock.

If Coulier can go from full to fuller with all of the above, his sober life is sure to be lived to the absolute fullest. We bet it’ll also be a blast. After all, it’s not every funny guy who’s got a true sense of genuine humor. Nor is it every funny guy whose smile can outshine whatever ails him.

How about you? You oughta know what’s what by now. Do you? Does that mean you’re ready to be like Dave? Wouldn’t it be good to get a chunk of that And Then Some for yourself? Of course it would. We know. We see lives go from full to fuller each and every day. And we’ve seen such successes for 20 solid years. Ask around. See what men say about Healing Properties. Then give us a ring. We’ll get you sorted right quick. And it’ll be terrific.