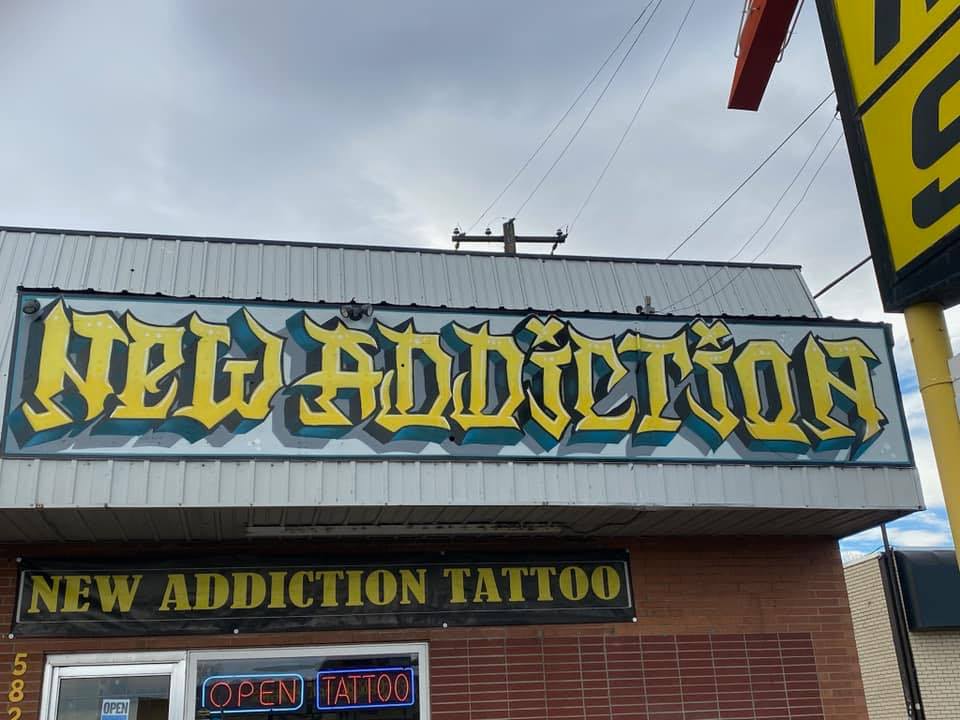 A New Addiction: These Two Ex-Addicts Are Acing Recovery

Addicts obsess. That’s just what we do. In fact, many addicts aren’t happy until obsessing is all that they do. That’s called addiction. And it can wreck our world. Some addicts however turn their obsessions into something other than drugs and alcohol. Something that actually contributes to society, rather than ripping it off. That’s called a new addiction, and it will make your day. In fact, it will also make the day of everyone you know.

Got doubts? Well, read on. Because the two men you’re about to meet had doubts too, then they stepped out of the shadows of those doubts and walked straight into the light of a bright new day. It’s the kind of bright new day they and their loved ones won’t ever forget. And neither will you.

A New Addiction: Reflecting on the Realities of Recovery

Our two rousing success stories spring from Wheat Ridge, Colorado, just west of Denver. Denver7 reporter Colette Bordelon put ’em to print, as well as to screen. And to help remind folks of the human cost of our country’s overdose crisis, she set up the tale standing right outside the building where local officials were holding a fentanyl crisis symposium. It was a shrewd reportorial move, made even more shrewd by the segment’s ultra positive spin.

Bordelon’s subjects were Greg Maloney and Kris Montoya. The two knew each other during their active addiction. But it was a far cry from the way the two know each other now. A very far cry. See, now Maloney runs a personal training service called American Gainz and Montoya owns a tattoo parlor called New Addiction. They also happen to be each other’s clients. And if Bordelon’s keen reveal is any indication, the men have also become each other’s friends.

Montoya gets the clip kicking:

“I needed something that was my new addiction,” explains Montoya, whose professional name is Kaos. “I’ve overdosed a few times; clinically dead a few times…”

‘Montoya used heroin and meth for close to 30 years,’ voices Bordelon. ‘He knows he’s hurt people and lost relationships along the way.’

“In the drug world, there’s no reality,” adds Kaos.

“Felon, previous offender with a weapon.” he elaborates. “I had multiple drug cases in the state, but the feds picked up the weapons charge.”

‘He was looking at a life sentence, but a grand jury decided to drop the charges.’

“That was a wake-up into reality,” he told Bordelon. “Getting locked up again would have been forever.”

‘Montoya made a decision that saved his life…’ 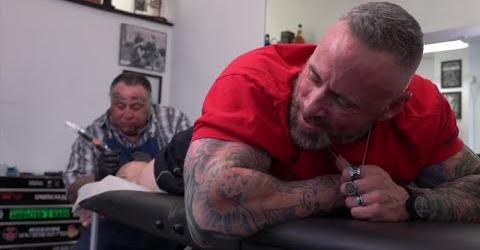 ‘…It was a decision Maloney made too.’

Maloney had ‘been clean for almost four years,’ continues Borelon’s voicover, ‘before relapsing from November to January. Another story where what you see first isn’t the full picture.’

“Being in recovery is fragile,” explains Maloney, “and with just the snap of a finger someone like me, whose wiring is off a little bit, can go right back [out].”

‘For Maloney, getting clean this time around was helped by those around him, as well as a promise he’d made to his mother before she passed away.’

” told her that I would stay sober. However that looks.”

“I get up in the morning, and I’m like, I love my job. And after each client, I say that I love my job,” Maloney said. “It gives me a high in itself. It’s a natural high.”

The camera closes in on Maloney putting Montoya through his workout. The two don’t let up. They can’t. They’re obsessed. Then Borelon’s voice chimes in with the reason why.

‘Each rep and every line of ink is a new addiction for stories still being told.’

Healing Properties wholeheartedly applauds both Greg Maloney and Kris “Kaos” Montoya. Getting sober is tough enough; getting sober and also starting a business is double-plus tough. You both are proving you’ve got what it takes to succeed – and we wish you nothing but the very best.

We’d also like to applaud Denver7’s Colette Bordelon for breaking such an inspiring story. Everyone’s heard about the death and destruction wrought by drugs and alcohol; it’s terrific to see folks reminded that there’s another side to that equation. To use two seriously sober talents like Maloney and Montoya in order to make the point was just the kinda plus such a reminder needs to get through. Everyone should be grateful for the benevolent effort.

Speaking of which… how about you? Were you inspired by Bordelon’s turnaround tale? Could you see yourself living such a success story? As Maloney and Montoya both have shown, it’s doable. Definitely doable. All you’ve gotta do is pick up the phone and ask for help. So what do ya say? Ready for a new addiction? Then please, make the call.