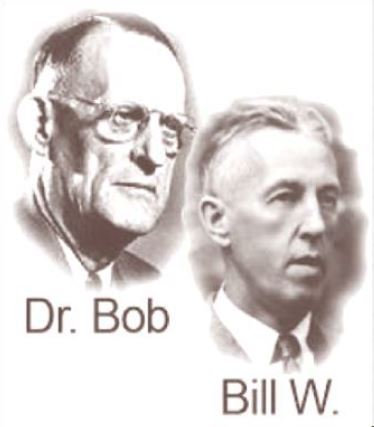 This weekend legions of addicts and alcoholics will be descending upon Akron, Ohio for AA Founders Day. It’ll be the 84th of such occasions. And yet another glorious way to celebrate the miracle of sobriety.

The Founding of AA

Alcoholics Anonymous traces its origins to an early 20th century religious movement called the Oxford Group. Members of the Oxford Group concocted and practiced a self-improvement formula that included performing self-inventory, admitting wrongs, making amends, using prayer and meditation, as well as carrying their message to others.

Rhode Islander Rowland H. sought help with his alcoholism from Carl Jung. The noted Swiss psychoanalyst determined Rowland’s case to be medically hopeless, but that he might find relief through a vital spiritual experience. So Jung directed Rowland to the Oxford Group.

Rowland later introduced Edwin (“Ebby”) T. to the group. Ebby then brought in Bill W. At first Bill W. was skeptical. His drinking problem seemed hopeless, progressive and above all irreversible. But after once again landing in the alcoholic ward, Bill underwent a powerful spiritual experience unlike any he had ever known. His depression and despair were lifted. And for the first time ever, he felt free and at peace. Most importantly, Bill stopped drinking. And he spent the rest of his life working to bring that freedom and peace to other alcoholics.

That year was 1934. The next year Bill would meet with Dr. Bob in Akron. Together they’d form the foundation of Alcoholics Anonymous.

AA Founders Day didn’t really become a thing till 1941. But it’s been an important part of the history of Alcoholics Anonymous ever since. Here are a few events which have helped shape the annual AA Founders Day.