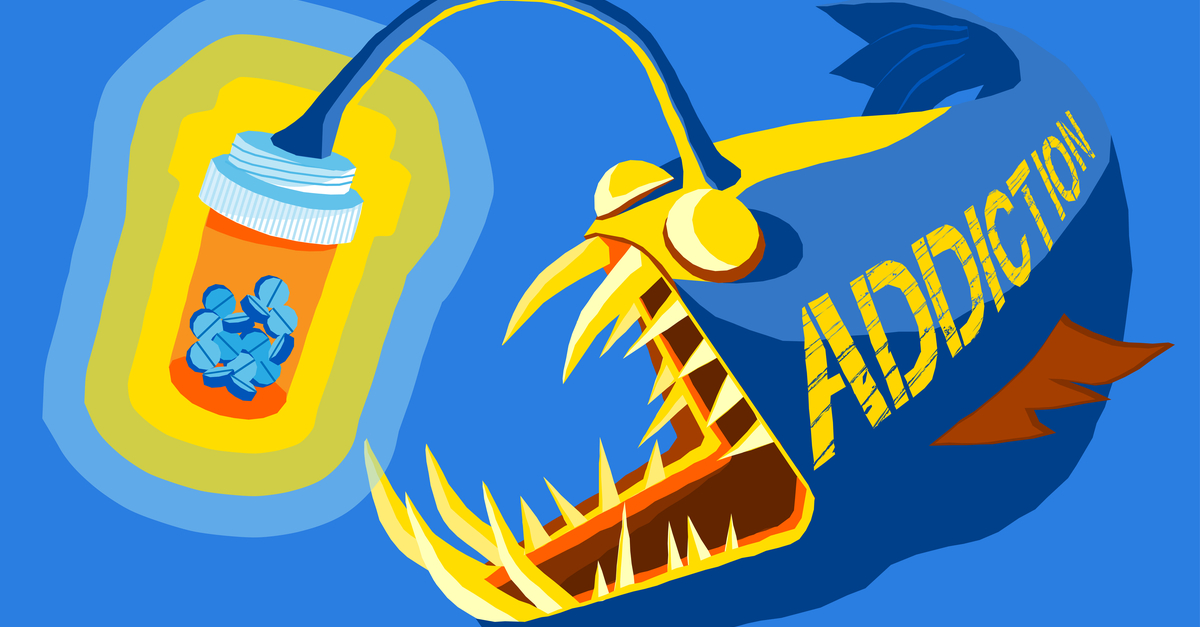 Addicted Fish? Turns Out Our Finned Friends Dig Meth Too

What goes in, must come out. And yes, that definitely includes drugs. In fact, we’ve got waterways of addicted fish to prove it. Unfortunately we don’t also have an addiction treatment plan to unprove the consequences. And each and every day our fine finned friends end up dosed with an array of no-no’s, including meth, cocaine, opioids and an entire pharmacy’s selection of prescription medicines.

We do though have the technology to stop it. That’s right, preventative technology. Efficient and effective enough to keep both the fish and the waterways completely drug-free. But it’s expensive. Very expensive. Meaning someone will be paying a pretty penny. Whether that’s the consumer or the municipality isn’t quite clear. The fish sure can’t cover the expense. Besides, the poor creatures have already paid. More than enough. Way more than enough.

Turns out, we’re already paying too. Because once those fishies become food, we’re getting dosed. Nobody quite yet knows just what all that unwanted dosing is going to do either of our systems. But it can’t be good.

Addicted fish is probably not high on your list of pressing concerns. Heck, it probably doesn’t even make the list. Well, two bright minds have set out to help change all that. In name, they are Dr. Matt Parker and Professor Alex Ford. By affiliation, they’re with the University of Portsmouth. And in practice, they are, respectively, Senior Lecturer in Neuroscience and Psychopharmacology and Professor of Biology. We don’t quite know what made the two look into addicted fish behavior and then to essay the study in The Conversation, but we’re glad that they did. Damn glad. Because just like addicted people, addicted fish behave in ways that are detrimental to themselves, as well as others. Furthermore, the effects of that behavior can be felt across the entire spectrum of society.

Want proof? Take the Journal of Experimental Biology study which found methamphetamine affected the brains of brown trout with the same severity as humans, even after the fish had “detoxed” from the drug. With meth use on the rise, meth-infected waterways have become a growing concern, not just in the Czech Republic, where this study stems, but across the world.

But, ask the authors, “why should we care if trout are becoming addicted to drugs?”

“There are several reasons,” comes the answer.

If the trout are “enjoying” the drugs, as they appear to be in the recent study, they may be inclined to hang around pipes where effluent is discharged. Fish can behave similarly to what is seen in humans suffering from addiction, not only from this trial, but from several studies on different fish species. One of the hallmarks of drug addiction is a loss of interest in other activities – even those that are usually highly motivated, such as eating or reproducing. It’s possible that the fish might start to change their natural behaviour, causing problems with their feeding, breeding and, ultimately, their survival. They may, for instance, be less likely to evade predators.

Fish that don’t feed or breed is obviously a problem. So are fish who lose all interest in self-preservation. Not just for the fish, mind you. But for the entire ecosystem. Worse, such behaviors also threaten subsequent generations of the ecosystem.

So it stands to damn good reason that making junkies of fish will end up costing us dearly. The question is not just who foots the bill, but when does the bill get footed? Do we upgrade the sewage treatment plants now before the drugs completely saturate every strata of our ecosystem? Or do we wait and try to cover the consequences? The lost habitats and poisoned food sources, of both land and water? And what about the consequences to our own health? How’s all that second- and third-hand drugging going to affect us in the long run?

It doesn’t stop with addicted fish either, insist the authors.

This problem is potentially far more widespread and complex. We don’t even know if synthetic chemicals in everyday household products, such as cosmetics, clothes and cleaning agents, can affect the behaviour of people and other species. An international group of scientists has urged companies and regulating bodies to check their toxic effect on behaviour as part of risk assessments of new chemicals.

Sounds like a plan. Seems as if we also need an international group of informed citizens to start egging on those proverbial powers that be. With info-spreading academicians such as Parker and Ford sounding the alarm, perhaps we’ll soon get one too. The two are at least giving it a chance.

And giving us a chance while they’re at it. Now, do we take it?

Healing Properties would like to extend a round of great gratitude to Messrs Parker and Ford for so astutely stepping up and sounding the alarm about addicted fish and drugged waterways. We’d also like to thank The Conversation for running the story, and, in turn, BBC Future, for picking up and spreading it even further. The world’s waterways are indeed in peril, and the more such great good folks help get out the good word, the more likely that good word will begin to sink in with those who control the purse strings. Yes, again, it’s not going to be cheap. In fact, the authors said “one study estimated it would cost over $50bn (£36bn) to upgrade wastewater treatment plants in England and Wales” alone. One can’t even begin to imagine how much it would cost the whole wild world.

But it’s a cost that nonetheless needs to be paid, before it’s too late.

How about you? Are you suffering from addiction? Would you like a friendly assist? We’d be glad to help get you sorted, whatever the issue. In fact, we’d be honored. Just give us a call. Please.