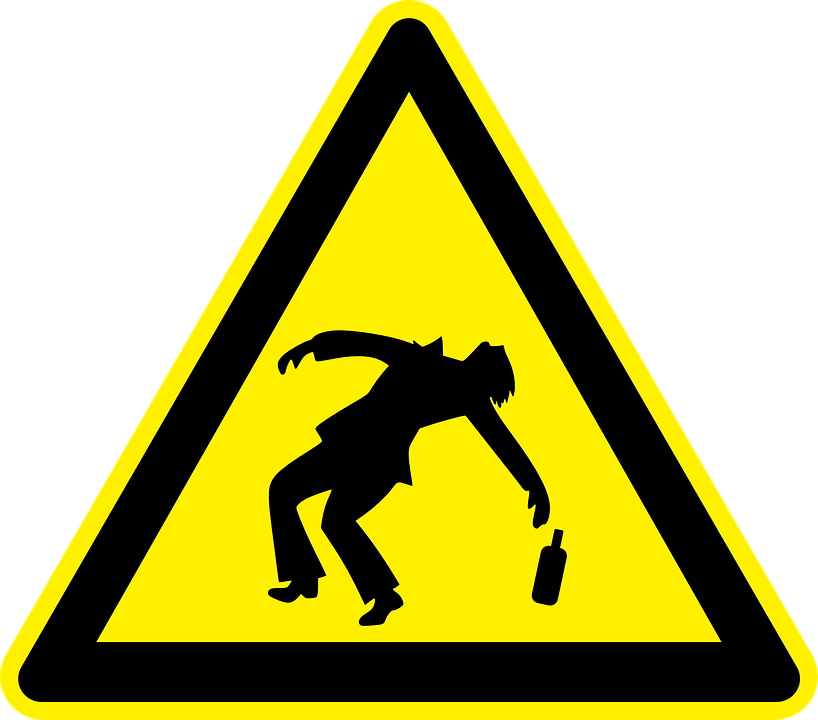 Addiction warning signs aren’t always easy to see, but that only means you need to look harder. Why? Because addiction is a disease. And like all diseases, the earlier the diagnoses, the better the prognosis will be.

Yes, it really is that simple.

Except when it isn’t. See, addiction also happens to be a tricky disease. For both those doing the diagnosis, as well as the diagnosed. In fact, the afflicted is often not even interested in being cured. And they’ll often do everything in their power to mask their symptoms and avoid treatment.

Nevertheless, addiction remains a chronic and potentially lethal condition. And as such it needs to be diagnosed with all due diligence. And if that due diligence includes side-stepping some subterfuge, well, so be it.

The great good folks at Psychology Today know a thing or two about a thing or two, especially if that thing or two involves matters of the behavior. In fact, the Psych Today team have dedicated their lives to the subject. So if anyone’s going to come up with a useful and accurate addiction spotting guide, it’ll be those folks.

Dr. Anderson Spickard Jr. is among those great good folks. And it is he who we’ve turned to today. So, without further ado, here’s our take on the good doctor’s handy-dandy evaluation of addiction warning signs.

The patient “always had a convincing reason to drink.” He “drank to be social, [he drank] to relax. [He] drank to sleep, and then he drank to forget.”

“None of these explanations seemed like rationalizations,” adds the 45 year-old. “I had real needs and believed only alcohol could meet them.”

Dr. Spickard emphasizes the extreme and often “rigid” ways alcoholics and addicts will organize their lives around drinking or drugging. They may ‘have’ to cash their paychecks at the local bar. The trip to and from work may happen to pass by a drug spot. Whatever it is, woe to those who get between the user and their dose.

Alcoholics and addicts “may become increasingly irritated by schedule changes” writes Dr. Spickard. And they may “blame their odd behavior on parents, partners, their children, or an unfair employer.” In fact, “family members are especially vulnerable targets.” Then again, that makes sense considering family members “will often change their own behavior to placate addicted loved ones.”

Anyway, watch for severe, nearly OCD-like attention to schedule. More importantly, be on the lookout for flare-ups of rage when said schedule suffers any kind of interruption.

Few people are crankier than an alcoholic or addict who’s attempting to cut back on drinking or drugging. They’ll snap just as soon as look at you. And if you look at them, forget it. They’ll come down on you like an avalanche of rage. They’ll probably snap right back though. And often even apologize at the very same time. But the mood swings can be vicious.

So can their criticisms. “Addicted individuals can be highly critical of other people,” notes Dr. Sprickard, “[yet] their own behavior may be unpredictable.” Again, snapping for no reason is a biggie. Especially if the person’s trying to cut back. That also applies to the person who can’t get a drink or a drug. In fact, it applies extra to them. An addict in need will fly off the handle if someone even appears to breathe crooked. So keep an eye peeled for hyper-cranky and mood-swingingly irritable.

“When I could control my drinking, I could still charm a crowd and make new friends,” says James B. in The Craving Brain. “But when I partied, I often became a raging lunatic.”

James cites an egregiously knuckleheaded event to prove his point:

“One night, I taunted some fraternity guys who were in mourning for a frat brother killed in a car wreck,” he says, perfectly setting us up for the down to come. “They jumped me in an alley, breaking my nose and leaving me with a deep gash above my eye. Except for a stranger’s intervention, they might have stomped me to death.”

It might be more apropos to pay attention to closer, more pronounced deteriorating relationships. Like for instance those between significant others. Addicts and alcoholics are notorious for (at best) neglecting those closest to them. At worst they’ll run a loved one right out of their life. That’s generally because their mind is on more important things such as drugs or alcohol.

Dr. Spickard notes a deterioration in an addict’s social circle as well.

“As their craving deepens and their behavior deteriorates,” he writes, “their social circle narrows to other users or addicted individuals, feeding the delusion that heavy drinking and drug use is normal behavior. In the end, even these friends may disappear, leaving them isolated and alone.”

If a friend or a loved one is showing less and less interest in social activities — or if their social swirl has dissipated — it’s highly likely they’re contending with other, uglier things. Stay watchful.

Poor work performance? Most people would say what work performance? Yes, it’s true. Addicts and alcoholics do often end up on the outs with their employer. But they’ve first got to earn their walking papers. And that could take some time. Time you have to spot — and stop — the behavior.

In fact, Dr. Spickard notes (and we concur) that “most addicted individuals take great pains to keep their jobs, in part to pay for their drugs.” Once they lose that revenue stream, they’re sunk. And “sooner or later” they do eventually lose it. “Work performance deteriorates,” adds the good Doctor. “They find it harder to concentrate and end up making simple mistakes. They may become moody or aggressive toward fellow workers. And they show up late for work, or not at all, especially on Mondays or after holidays.”

Dr. Spickard says “job-related problems are the beginning of the end.” And we wholeheartedly agree. You want a clear sign that someone’s about to spiral out of control? Watch them show up late or even skip work. And when they do show, only provide the most perfunctory performance. Because no matter how much they know they need the job, they need the drug or the drink more. Much, much more.

Crisis of the Spirit

“Many addicted persons find themselves living in the deep shadows of life,” writes Dr. Spickard, “strangers not just to their families, friends, and colleagues but to themselves.”

He’s right. Dead right. We’ve seen it. Heck, most of us have even lived it. And it isn’t at all pretty. In fact, living in the shadows is by far one of the ugliest ways to live. One lies. One cheats. And one steals. Worse, one doesn’t think twice about any of it.

An addict does think about one thing though — a lot. And that’s doing what they’ve got to do again and again. Whatever it was. So long as it works.

Dr. Spickard notes people abandoning their spiritual lives. And while that’s undoubtedly a fact, we see it more as abandoning all spirituality. Especially the little barometer of a voice inside one’s head. Call it subconscious. Call it conscience. Or call it your true self. Whatever the name, when you stop calling upon it, things can get rather bleak, rather quickly.

The repercussions can also occur rather quickly. They can be severe too.

“Despite appearing calm or confident,” writes Dr. Spickard, “addicted individuals who violate their personal values almost always experience a deep sense of failure and humiliation.” It’s impossible to describe the emotional pain experienced by an addict, a friend and colleague chimes in. “No matter how arrogant or self-confident he may seem, his primary emotions are shame and self-hatred.”

And that’s often what drives an addict off the deep end. Believe it or not, it’s also what prevents them from stopping. The more drugs and alcohol they do, they more they need to do — not just to “get right,” but to prevent themselves from feeling wrong. Beyond worse, the lucky self-loathing experience a living death; the unlucky take their own lives. In fact, nearly two-thirds of under 30 suicides were tied to substance abuse and addiction.

Watch for the brooding and the isolating. Also keep a lookout for chronic self-deprecation. It may come accompanied by a laugh or a shrug, but it’s often a mask for a far deeper shame. Mostly though, pay attention to signs a friend or a loved one has completely dropped their moral guard. Especially if it’s attendant with an increased criticizing of others.

Healing Properties salutes Dr. Spickard and Psychology Today for providing such a comprehensive overview of this very important topic. Addiction warning signs are an essential component of recovery. In fact, they’re often recovery’s very first step. And the more people familiarize themselves with the warning signs the more the warning signs will lead to people receiving treatment. As they say, ‘the earlier the diagnosis, the better the prognosis.’ And that goes triple with addiction.

We’d also like to thank James B. for stepping up and sharing his story. We know how hard it is to speak candidly about addiction; to do so in such a public forum only compounds the difficulty. Even if said speaker is only using an initial. Here too the more the er, merrier. And we can only hope ever more folks find the time and the courage to share their proverbial experience, strength and hope.

Again though, “the importance of recognizing early addiction warning signs cannot be overstated.” So please keep an eye peeled on those at risk in your life. Especially now, when isolation and depression are reaching astronomical heights. We don’t want those all-time highs to bring people to an end-of-the-line low. In fact, if you even suspect someone is suffering, please pick up a phone. Help is never more than ten digits away.