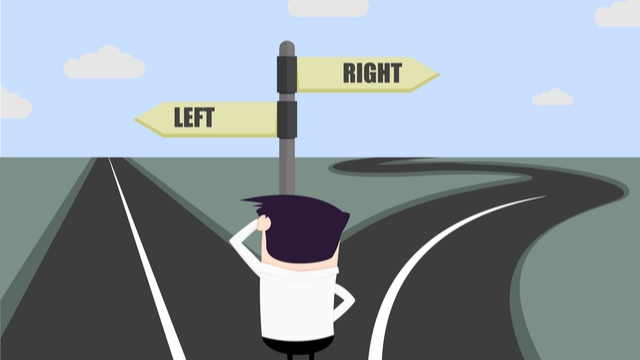 What to Do & Not to Do After Addiction Treatment

What you do after addiction treatment is as important as what you do during your rehab. In fact, it can often be even more important. Think about it. Out in the free world after 30, 60 or 90 days of sequestration. Once again facing the full burden of responsibility. Speeding along with no air bags, no bumpers, and certainly no emergency brake. Heck, you’ll be lucky to get seat-belts. Yet you’ll be expected to handle yourself like a professional. Why? Because your life will depend upon it.

So what to do? Well, if you’re anything like us, you’ll take note of those who’ve driven this recovery road before. You’ll see what they did right — and what they did wrong. You’ll note the methods that made early sobriety doable, as well as those that did people in. Mostly though, you’ll find and follow a map that will keep you from careening off into a ditch — or worse.

Take our pal Hugo (not his real name). He followed directions. Then he didn’t. And the difference was day and night. Then, just as the night was descending upon him for what appeared to be the final time, he finally decided too much really was enough.

Here’s how it all played out.

Hugo had been at the rehab for 101 days. His actual addiction treatment had concluded a week before, yet for some reason he still hadn’t moved on. That wasn’t so unusual really. A lot of men need a few extra days in order for their post-treatment plans to gel. But Hugo wasn’t waiting for a sober home bed or a plane ticket home. He simply wasn’t moving on. It seemed like he couldn’t. Something kept holding him back. Was it fear? Uncertainty? A lack of options? No one knew.

The guy just couldn’t decide what to do after addiction treatment.

Hugo wasn’t alone. Oh, his dilemma wasn’t as common as a scheduling delay, but it wasn’t really that rare either. Many men get troubled around rehab release dates. Maybe more than anybody even knows. Most though know the best truly is yet to come. And after years of living the worst, they’re more than ready to get to it too.

Not so Hugo. Many a morning the techs would find him pacing furiously out on the smoking patio, well away from the others and obviously uninterested in communicating. In fact, twice one of his fellow rehabbers tried to approach for a word, and twice they were shot down with cold, icy stares. Heck, they didn’t get even within five feet of their target.

The techs were also snubbed, albeit with grumbles instead of stares. So were the counselors — his, as well as the others on staff. On the morning of the seventh day though, the rehab’s program director came over insisted Hugo come in to his office for a chat.

“What?,” said Hugo, acting all oblivious.

“Stop playing stupid, amigo,” said the director. “It’s insulting. To everyone. You know why we’re having this conversation.”

“Well,” said Hugo, “I suppose because you need me to leave.”

“No, it’s because you need to make a decision. Sure we want to know whether or not your program is working and to what degree. That’s how we figure out your best next course. Right now though it’s pretty clear you need a sober home.”

“You don’t think you need a sober home?”

“Well, I was considering trying to get back with my ex Trish. I heard she’s sober now too. I figured we could both help each other.”

“You figured wrong, my friend. Way wrong. If anything, just that thought proves you really need a sober home. Didn’t you and Trish spend the last three years getting high together?”

“Well, it’s been over three months since all that…”

Before Hugo could even finish, the director cut in:

“And it’ll be another six months — at least. And not in some New Jersey halfway house either. You’re signing on for a six-month stay at a place up in Delray Beach. You’re gonna luv it too.”

The director rose, then extended his hand. Hugo joined him. As the two men shook hands, the director concluded the meeting…

“Now, hurry up and grab your gear. They’re getting your bed ready as we speak.”

When Hugo walked through the gate at Healing Properties he had no idea what was in store. He’d been able to look up the sober home on the Uber ride over, but the trip from Boca Raton didn’t last long enough for real research. He did find out the place had been open for almost 20 years though. It also seemed to have a lot of happy alumni.

Hugo could use a good bit of happy right about now, that was certain. Oh, it wasn’t that he was sad exactly; he just thought he’d be back at it by now. In fact, that’s what was rumbling around in Hugo’s head as he watched Jack approach from across the courtyard.

“You must be Hugo… I’m Jack. Top Tech here at Healing Properties. Welcome.”

Jack put an arm around Hugo’s near shoulder, steered him toward the rear of the courtyard. “Please step into my office. We’ve got a few things to go over before you get settled.”

Hugo got a going over alright. A thorough going over. He also got a good idea of what Healing Properties would be like. At first, he was a little put-off. After all, there were a helluva lot of rules. Much more than he thought a halfway house would need. As Jack explained the why of it all though, Hugo started warming up. When Jack started slipping in the odd sobriety success story, Hugo warmed up even more. Not only could he do this; he’d be better for the effort.

After Hugo signed a few papers, Jack led him over to his new digs. He’d be staying right there on the main property, in one of six three-bedroom units, each with five men. Like all newcomers, Hugo would start out in a three-man bedroom. As he worked through his program, there’d be opportunities to move up to a two-man and then eventually a single. It was all dependent upon how he handled his recovery.

Jack and Hugo walked in to find a man eating a huge bowl of Lucky Charms. It was one of the largest cereal bowls Hugo had ever seen.

“Hey, man,” said Jimmy, before shoveling a fist-sized portion of cereal into his face.

“Um (swallowing), as you can see, I’m kicking ass (laughs)… Do you like Lucky Charms?”

Jimmy was up from the table like a shot; disappearing behind a wall. Three seconds later he reappeared carrying a big bowl and a spoon.

“Great, now you can join me!,” said Jimmy, reseating himself. “I hate eating alone.”

Hugo could tell there was no arguing with this guy. Besides, Jack seemed to give him the go sign.

“Excellent,” said Jack. “Jimmy can give you the what’s what while you eat. He’s this unit’s houseman anyway.”

Hugo joined Jimmy at the table. He could feel the weight of the treatment center finally falling away. He even let Jimmy fill the bowl to the rim.

What Not to Do After Addiction Treatment

Jimmy’s crash course in Healing Properties proved to be spot-on. The guys really were terrific. The courtyard truly was a special place. And Jack and the staff really were serious about making the meetings and working the Steps. They were also serious about getting a job and paying the rent — on time. This may have only been halfway back to the real world, but it came with a full set of consequences.

Hugo didn’t worry. He got hired on his second job interview. Park Tavern. Line Cook. The pay wasn’t great, but it was good. And the work was steady. 9:30am-5pm. Tuesday through Saturday.

Even better, nearly every other staff member was also in recovery. Within days Hugo had go-to-meeting buddies, as well as a quickly growing contingent of sober friends. And whenever he felt a little out of sorts, there was a restaurant full of recovery to whom he could turn.

Hugo was feeling stronger and stronger each day. He had a great sponsor. He dug working the Steps. And he made five meetings every week. Hugo had even reconciled with his family and a few of his closest friends. Best yet, he was planning of flying up and visiting his mother in two weeks.

Then one day Hugo was feeling off and turned to the wrong guy. Peter. Seems Peter was also going through something, so when Hugo started mentioning getting high, he didn’t get a “no, don’t,” he got a “yes, let’s.” The two then spent the next three hours planning something very different from a trip home to Mom.

(Will Hugo really relapse? Will he make it to see his Mom? Tune in tomorrow for the surprising conclusion to Hugo’s post addiction treatment story.)

Healing Properties is a Delray Beach-based sober home with 20 years experience. That’s right. We’ve been helping men since 2002. Men just like Hugo. Men who fought the odds and refused to let the odds win. Care to join him? Give us a ring. We’ll get you sorted right quick.