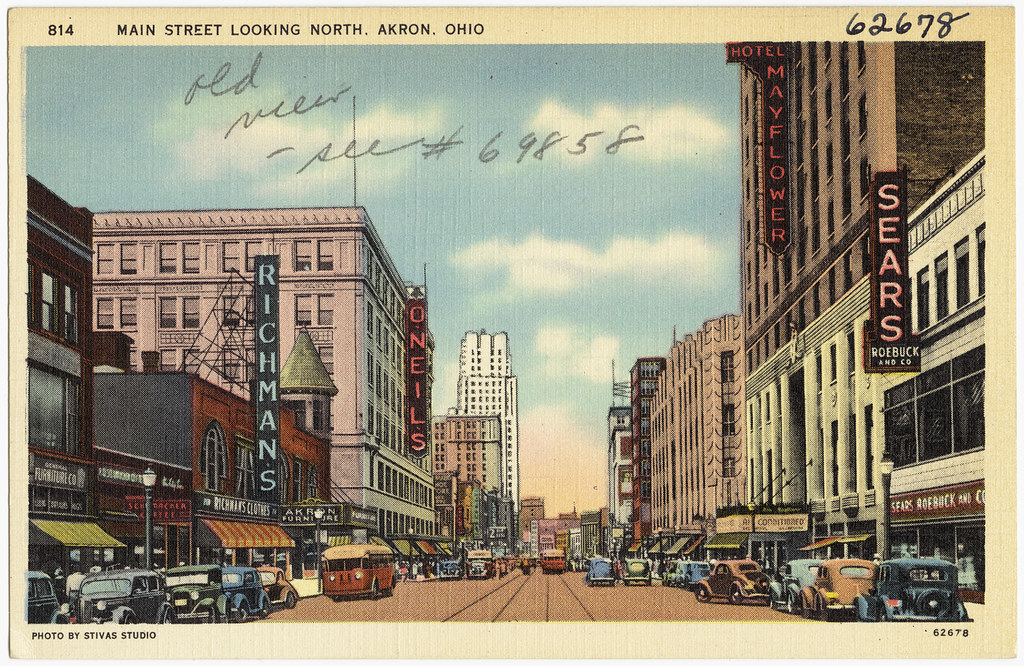 What’s Happening to the Birthplace of AA?

Akron has a drug problem. A big drug problem. In fact, the city has seen a 140% increase in drug overdose deaths so far this year. Blame Covid. Blame fentanyl. Or blame the still lingering opioid epidemic. Better yet, blame all three. Because it’s most certainly all three that are combining to make Akron #1 in the drug death charts.

We got the news from Bob Jones at the ABC-affiliated News5 Cleveland. By now though the news is probably everywhere. How could it not be? A 140% rise in anything is reportable news. A 140% rise in deaths? Well, that’s a whole ‘nother category. And not a good one either.

Granted, 140% in a city the size of Akron doesn’t make for sky high numbers. In fact, it’s only a rise from 25 to 60. Nevertheless, that’s 35 more deaths in this year’s first four months than there were in the last. That’s 35 more families who lost a loved one. Thirty-five more workplaces or classrooms who are now without a colleague or classmate. Thirty-five more people who’ll never ever be able to realize their dreams. And here we thought the opioid epidemic was subsiding.

Quite the contrary. At least according to the Akron Police Department. Yes, they were the ones who announced the new numbers. Undoubtedly because they’re the ones who spend each and every day in the streets trying to save these very lives. The police aren’t to blame though. Not one bit. Unless one can blame an organization that’s been tasked with using spoons to clear out an avalanche.

Yeah, it’s worse than that bad.

And what about all those lost lives? Who were they? Well, the good Mr. Jones went to find out. And what he found will break your heart.

So will the story he found it from. That of one Cheryl Tona to be precise. Tona’s a recovery coach for Oriana House. So she’s in a position to interact with those lives before they’re lost. Turns out Tona’s also well-positioned to be a recovery coach.

“The first time I used I was in kindergarten. I drank alcohol,” Tona told Jones.

Naturally marijuana and cocaine eventually entered the picture. Thankfully so did recovery. That apparently lasted a good 15 years or so.

In 2016 though Tona suffered what Jones calls “a major setback.” She didn’t just pick up again though; she picked up fentanyl. And she was with a family member when she did so too.

That family member didn’t make it.

Another in the long list of people Tona will never ever see again.

Tona struggled to hold back tears as she talked about the rise in the number of people losing their lives due to drugs, writes Jones.

“It makes me really sad because every one of these people matters,” she said.

Talk about a perfect storm — and a double-plus deadly combination. Covid and fentanyl. A pandemic that forces folks to isolate and a drug built for folks who shouldn’t isolate. Either one is deadly on its own. Together they make a murderous rage.

Just ask Akron. Better yet, ask Bernie Rochford over at Oriana House. He’s the long-running corrections and addiction agency’s executive vice-president. So he knows a thing or two about treatment. One thing he knows is the number of people coming for detox during Covid “has been down about 30 to 40%.”

“I think it’s probably like people not seeking treatment for other healthcare reasons,” said Rochford. “The pandemic has caused people to fear more.”

Akron police have another possible reason people are overdosing at such an alarming rate — they’re mixing dangerous drugs. Whether they do so knowingly or not, the risk is the same. And so are the consequences.

“It could be marijuana laced with heroin,” said Akron PD’s Lt. Michael Miller. “It could be some other drug laced with carfentanil, which is obviously more deadly.”

Indeed. Carfentanil, a Schedule II substance under the Controlled Substances Act, is used to tranquilize elephants and other large animals. It’s also roughly 100 times more potent than fentanyl. Fentanyl, the leading synthetic mixer of late (and by far the largest killer) is approximately 500 times more potent than heroin, its highly-favored mix mate.

One good thing: naloxone. Naloxone counteracts each and every opioid, regardless of strength. Though in fentanyl and carfentanil cases, it’s often necessary to apply more than one dose. In any case, naloxone saves lives.

That’s what makes the Ohio Department of Health’s Project DAWN so essential — and so remarkable. Project DAWN (Deaths Avoided With Naloxone) is named in memory of Leslie Dawn Cooper, who struggled with substance use disorder for many years before dying from a witnessed opioid overdose in 2009. Had naloxone been available, Cooper most likely would’ve survived. Project Dawn was created to ensure that never happens again.

And it’s been doing just that since 2012, all across Ohio. In fact, you can’t throw a stick in the state and not hit a Project DAWN site. The current count is 91 programs, operating 260 naloxone distribution sites, across 65 of Ohio’s 88 counties. Project DAWN partners with everyone from syringe service programs (SSPs) and community grassroots organizations to emergency departments and correctional facilities. It even operates an online/mail-order service. Mostly though, it puts naloxone in the hands of people who are best poised to make life-saving use of it.

And boy, does it work. The Summit County Public Health Project DAWN chapter alone has so far this year made possible at least 699 known overdose reversals (up from 275 through April of 2020). That’s 699 lives still being lived; 699 families who still have a loved one to kiss goodnight tonight. All because of Project DAWN. Heck, there could well have been even more. Summit County distributed 1,615 naloxone kits so far this year. Who knows how many reversals didn’t get reported?

The Birthplace of AA

Yes, Akron’s got a big drug problem. So does the rest of the Ohio. And so does the rest of the country. The Opioid Epidemic affected every corner of our world. Just like the Covid Pandemic. The difference is we’ve come up with a vaccine to fight Covid, yet we thus far haven’t been able to come up with an effective way to fight addiction. Not addiction itself annyway. Till then we’ve got to pray that each and every opioid user has a naloxone-packing person close at hand whenever they overdose. That goes for weekend warriors as well as hardcore addicts, in Akron and beyond.

Healing Properties salutes Project DAWN, for their efforts, as well as their diligence. Every day in every way their programs are saving Ohioans’ lives. And it’s crucial we have them holding down the proverbial fort — and the death rate — till some miracle drug comes along. Who knows? Maybe then their efforts will no longer be needed. Wouldn’t that be something?

We also salute Cheryl Tona and her colleagues at Oriana House, as well as Lt. Michael Miller and the rest of the Akron Police Department, for so resolutely taking the fight to the streets. Without good folks confronting addiction right where it occurs, we’ll never get a grip on the problem. Thank Zeus good folks like these are out there on the frontlines.

If you need help, please, pick up the phone and call someone. Whether it’s SAMHSA or NIDA;; the Summit County ADM Crisis Center or the Summit County Addiction Helpline. Just please call. Heck, you can even call us. And if you’re not down here in South Florida, we’ll help you find someone wherever you are.