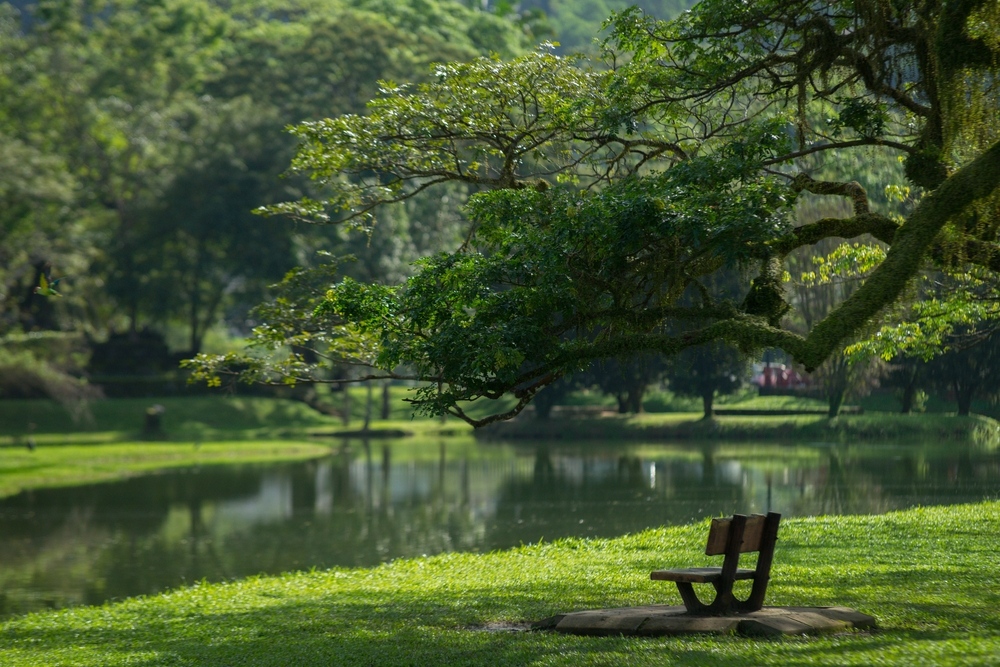 Spending the Day on Alcohol and Drug Abuse Lake

Alcohol and Drug Abuse Lake may not be a very colorful moniker, especially for a rather picturesque body of water. It’s not really accurate either. Nobody’s sitting on its banks drinking the day away, let alone smoking pot, popping pills or shooting heroin. So what’s with the name?

That’s what The State‘s David Travis Bland asked himself after a sudden Twitter surge sparked some intriguing calls to his newspaper. Seems Alcohol and Drug Abuse Lake’s got its own Wikipedia page. It also seems folks weren’t entirely sold on that page’s veracity. So they’d begun contacting The State in order to find out what’s what. Since Bland’s “a crime and public safety reporter with a storytelling mission” (thanks Muck Rack!), it seemed only natural that he’d be tasked with the rundown.

And run down the story he did, with joyful tenacity. Then he told the tale; exhibiting all the charm of a born storyteller.

Here are some of the highlights:

The Story of Alcohol and Drug Abuse Lake

A lot of folks consider Alcohol and Drug Abuse Lake to be its real name too. Others, not so much. Staff at the South Carolina Department of Mental Health for instance call it “the pond at Morris Village” or “Morris Village Pond.” Bland found official Department documents though that refer to the body of water as the “Village Lake.” The discrepancy is a tad odd considering the South Carolina Department of Mental Health actually owns the lake.

The Department also owns Morris Village, which is run by its Division of Inpatient Services. See, Morris Village is officially named The Morris Village Alcohol and Drug Addiction Treatment Center. And it’s been offering adult inpatient addiction treatment services since way back in 1975.

Yep, you read correctly. Morris Village helps people beat alcohol and drug abuse. So no, “it’s not much of a stretch” to suppose the nickname came from the pond’s sitting right there on rehab center land.

But is Alcohol and Drug Abuse Lake really a nickname? Not to the the United States Geological Survey. Not to the U.S. Army Corps of Engineers either. In fact, the Corps used just that name to list the “reservoir” in the USGS’s database of water features. A USGS spokesperson told Bland the name came from the U.S. Army Corps of Engineers’ “Dams and Reservoirs list.” That side of the origin story ran cold from there.

But Bland wasn’t content to end his story simply having sussed out the name’s origin; he was also sure to show that “the pond and where it’s housed has a serious purpose.”

And providing effective and efficient addiction treatment to the citizens of South Carolina is indeed a serious purpose. A very serious purpose. One that Morris Village has been steadily upholding for nearly half a century. Do you have any idea how many people that makes? Neither do we. But we’re sure that it’s legions.

Bland was also quite right to end his story with a satellite snap (both real and literal) of Morris Village’s lakefront layout.

Fourteen cottages surround a bevy of centrally located community facilities, explained SCDMH spokesperson Tracy LaPointe, including a barber shop, library, and canteen. There’s also a full suite of on-site services, from family education and therapy to relapse prevention planning, as well as case management and medical care. Set all that aside a picture-perfect body of water and you’ve got a healing, helping place, no matter the name of its lake. You’ve also got a place worthy of great good story.

Healing Properties wholeheartedly thanks The State‘s David Travis Bland for putting us on to such great good story; we’d also like to salute him for so deftly telling the tale. Salutations too to Tracy LaPointe and everyone at the South Carolina Department of Mental Health for so devotedly helping the citizens of their state. We especially salute the folks at Morris Village; whether resident or staff, our very best wishes are with you all.

What about you? Could you use a dip in Alcohol and Drug Abuse Lake? Help is out there you know. In South Carolina and beyond. All you’ve got to do is pick up the phone and call someone. Why not give it a try? The call just may save your life.