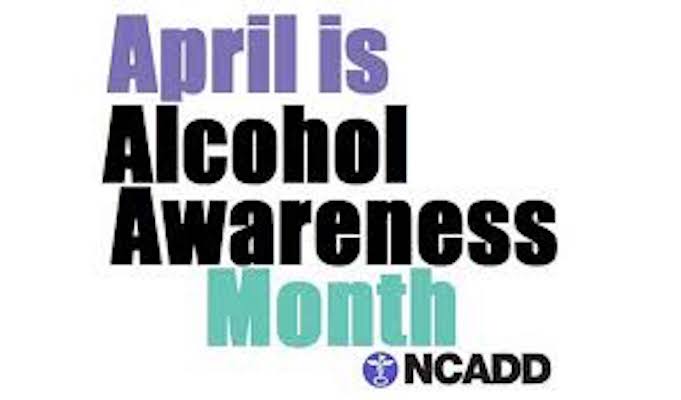 But making it through Covid without picking up again is most definitely a reason to celebrate. So is spreading your faith, hope and courage with others who could use an encouraging word. Especially those who are newer to the game of life. Because they aren’t always privileged to such helpful and knowing efforts.

That’s why the National Council for Alcoholism and Drug Dependence (NCADD) sponsors Alcohol Awareness Month in the first place. And why they’ve done so since 1987. See, back then NCADD determined kids were going off to college without a firm grasp of alcohol’s dangers. So the least NCADD could do was to try and provide one once they arrived. If they could recruit other organizations and devote an entire month to the cause, well, all the better.

Now every year sees more and more stakeholders stepping up to address the issue. It also sees more and more students recognize the hazards that could come from alcohol. The result? A marked decrease in binge drinking, alcohol-fueled hazing and other nefarious campus activities.

The effect has gone beyond campus as well. Well beyond. Largely because the students have been taking what they’ve learned out into the world — and into their lives. And 35 years of students adds up to a whole lotta world — and healthily-impacted lives.

From the Army Garrisons at Fort Drum to the Governor’s Office in Virginia folks are finding it in their hearts to mark Alcohol Awareness Month. Here are two of the best of them.

Virginia Governor Ralph Northam made the April proclamation straight from his desk. Then again, why wouldn’t he? Especially after the American Medical Association found Covid to be responsible for a 14% increase in alcohol consumption.

That’s the figure issued by Virginia Alcohol Beverage Control (ABC) anyway. And it covers alcohol consumption from 2019 to 2020. No offense to the AMA, but we’ve got a feeling that number is on the low side of the equation.

However much the rise, the fact remains — alcohol consumption has risen and risen considerably, and Covid is responsible. Now’s the time for everyone to step up and help address the issue.

For Virginia, that means the ABC folks will be sharing information, programs and resources to bring awareness to alcohol misuse and abuse. These resources will be available to individuals as young as elementary school. And they’ll arrive via various prevention efforts and a cadre of community partnerships. All in all, the collection of programs should do much to help combat underage drinking.

Among those programs is the Youth Alcohol and Drug Abuse Prevention Project (YADAPP), a peer-led way for high school students to address underage substance use. The goal? Help YADAPP participants:

There’s more too. Much more. From YADAPP, as well as from the Virginia ABC. And you can read all about it by clicking here.

The North Country is finally warming up but the sense of isolation remains. That isolation seems especially evident in Fort Drum, which has about 13,000 residents spread across its roughly 110,000 acres. That adds up to around eight acres per person. Hardly the kind of setup that inspires closeness.

But North County folk are hardy souls. Our nation’s military men and women are too. So it’s no surprise to find North Country military doing something about the issue. In fact, we got our mitts on a story by Michael Strasser that delves into just that. Strasser’s story rides beneath the logo of an outfit called DVIDS (Defense Visual Information Service), but appears to come from the Fort Drum Garrison Public Affairs office. Either way, the facts concern the Fort Drum Army Substance Abuse Program (ASAP), and they appear to be there to share.

First, you may want to know that Alcohol Awareness isn’t the only issue claimed by April. It also coincides with Child Abuse Prevention Month and Military Saves Month. Consequently, Fort Drum will place them all under an umbrella called Mountain Wellness Month.

Second, not everything will be virtual. Really. Oh, there’s still a lot of social distancing to comply with, but officials have also managed to swing some in-person activities.

“The COVID-19 pandemic has definitely introduced some challenges in how we present campaign month activities,” said ASAP educator Bill Van Orman. “We had to be more flexible in what we are doing in order to be more virtual, socially distanced and safe, but still engage people on the issues.”

And engaging they shall be. Soldiers and DoD civilians can attend in-person Mountain Wellness Training at the Multipurpose Auditorium in the morning, and/or chose a Microsoft Teams-backed virtual session later in day.

ASAP will also host an online NARCAN training session in conjunction with the New York State Office of Addiction Services and Supports (OASAS), then let the participants pick up NARCAN kits at the ASAP office once they’ve completed the training.

Soldiers may also like to know these Mountain Wellness Month classes are not your standard ordinary mandatory training sessions. (In other words, yawn-free.) Better yet, they also may fulfill annual 350-1 training requirements.

“(Incorporating) things like the drunk goggles and other visual aids really solidifies the training,” he said. “It also makes it fun!”

Van Orman even went social with the good words, working with a Substance Use Disorder Clinic Care counselor on a series of public service announcements for the ASAP Facebook page. Some of the covered topics:

There’s more here too of course. A good deal more. And the best way to find out about it is either via the Fort Drum ASAP Facebook Page or the 10th Mountain Division Soldier and Family Readiness Center. You may also call (315) 772-2371 or 772-6706.

The Nation’s Leading Cause of Preventable Death

Healing Properties wholeheartedly applauds NCADD for instituting Alcohol Awareness Month. We also applaud their concerted and continued efforts to combat all forms of substance abuse. We’re particularly grateful that they annually add the extra emphasis on alcohol, especially considering how much and how often Alcohol Use Disorder is overlooked.

Of course with Covid taking half a million Americans (and counting) and opioids stopping another 80 some-odd thousand in their own tracks, it’s easy to see why and how alcohol gets overlooked. It shouldn’t be though. Not with it claiming 100,000 unnecessary deaths of its own.

Then again, what else would you expect from a substance that’s become so ubiquitous? NCADD says one in every 12 adults (17.6 million people) either abuse or are dependent on alcohol. It also says millions more regularly engage in binge drinking. Worse, there are some seven million kids living with at least one parent who regularly abuses alcohol.

If it’s easy to see why and how alcohol abuse gets overlooked, it should be equally easy to see how and why it’s become the country’s leading cause of preventable death. After all, alcohol has worked its way into the very fabric of society. It doesn’t have to be that way though. And with more folks like NCADD and Virginia ABC and Fort Drum’s ASAP all stepping up and leading the way it won’t be either. Let’s just hope it won’t be that way before it’s too late to be otherwise.