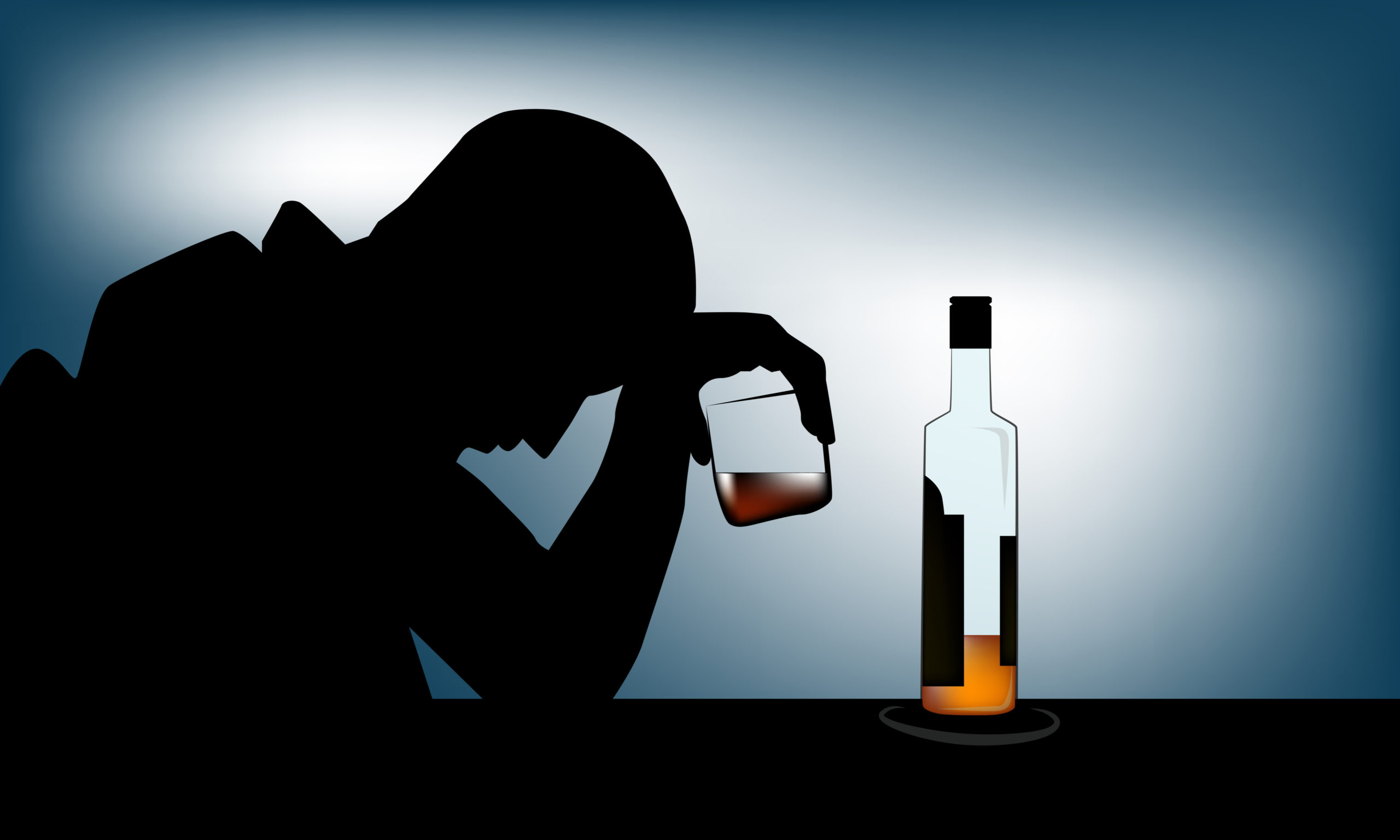 How Do You Know if You Have Alcohol Use Disorder?

Alcohol Use Disorder isn’t always easy to diagnose. But it is always hard on everyone involved. Yes, that includes family, friends and colleagues. In fact, sometimes AUD affects others even more. So it’s important to know whether or not you’ve got it. And if you do, to do something about it.

Yeah, we know. Zoom drinking games are popular. They can also be a fast way to establish much-needed bonds, as well as a fun distraction. Especially for a world that’s been told to shutter in place. But it’s because those games are so popular that they’ve also become damaging. In fact, more and more people are Zoom drinking for reasons other than bonding, distraction or merriment; they’re doing it because they need to. And when a person starts drinking because they need to, trouble’s soon to come.

Actually, trouble may already have arrived. And it won’t be the kind of trouble you can play your way out of either. It’ll be deep. It’ll be hurtful. And it could cause a whole lot of damage.

But fret not. Because it’ll also be the kind of trouble that can be handled. If, that is, you jump on it quickly. And you confront it face to face. After all, there are very few troubles that can stand up to some fast, face-to-face handling.

Thing is, you’ve first got to diagnose the problem. Then you’ve got to be willing to drop the drinking. Completely. Not the odd drink here or the occasional drink there. No one quick drinking game for old time’s sake. But done and done. Regardless of how good it might look — or how isolated things might become.

There’s another reason to curb your pandemic drinking — the pandemic itself. That’s right, alcohol misuse not only causes inflammation in the immune system, it also interferes with the body’s immune response to viral and bacterial infections. That interference is especially acute in the lungs. What illness happens to attack the lungs? COVID-19. That means Alcohol Use Disorder puts you at much greater risk of contracting the virus. And of suffering a much more severe reaction if you do.

Just how do you know when your drinking has reached the point of actual Alcohol Use Disorder? Well, Hackensack Meridian Health‘s triple board-certified Dr. Tony Rajiv Juneja breaks it down to four simple questions:

Answering “yes” to even one of the four questions could well be a sign of trouble. Answering “yes” to two or more generally means that trouble has already arrived. But if there’s any doubt. Or you’d like some good old-fashioned reassurance. The good folks at the Mayo Clinic have assembled a checklist of symptoms:

How did you fare? Do you have two or more of the above? Many more? If so, you’re hurting yourself. You’re also hurting your family and friends. If you’ve got colleagues, you’re likely hurting them as well. You’re at least negatively affecting your workplace. You don’t want to be that guy, do you? Of course you don’t. (Nothing against women, of course, but HP is strictly for men.)

Time to Get Help

Did you answer “Yes” to more than two of Dr. Juneja’s questions? Did you score high on the Mayo Clinic’s list of symptoms? Well, then it’s time to get help. And as they say, there’s no time like the present.

If however you think you’re suffering from Alcohol Use Disorder, you need to first see a qualified medical professional. Seriously. AUD is physiological, as well as psychological. And detoxing can bring about very serious side effects, including cold sweats, a racing pulse, nausea, vomiting, shaky hands, and intense anxiety. Some people even have seizures or hallucinations. Whatever the case, detox requires medical supervision. That’s non-negotiable.

From there it’s up to you. Some people go straight from detox to the sober home. Others prefer a 30, 60 or 90 day rehab in between. Either way, everyone who’s battling Alcohol Use Disorder though succeeds best when opting to segue back into the world via a halfway house. No foolin.’ A sober living facility provides the kind of support necessary to regain your strength. It also gives you time enough to come to terms with your new self.

And you will be experiencing a new self. A brand new self. Want proof? Check our Testimonials. There you’ll see first person proof — in writing, as well as on video. Proof from men, just like you, who’ve seen their lives become lively and prosperous. Men who’ve restored the bonds to their families, as well as to their communities. And who have become the kind of men they were meant to be all along.

“Treatment works,” says Dr. Juneja. “Help is available. And alcohol doesn’t have to rule your entire life. If you suspect you may benefit from treatment, start now. The sooner you start, the sooner you’ll feel better.”

Healing Properties couldn’t have said it better ourselves… Thanks Doc!