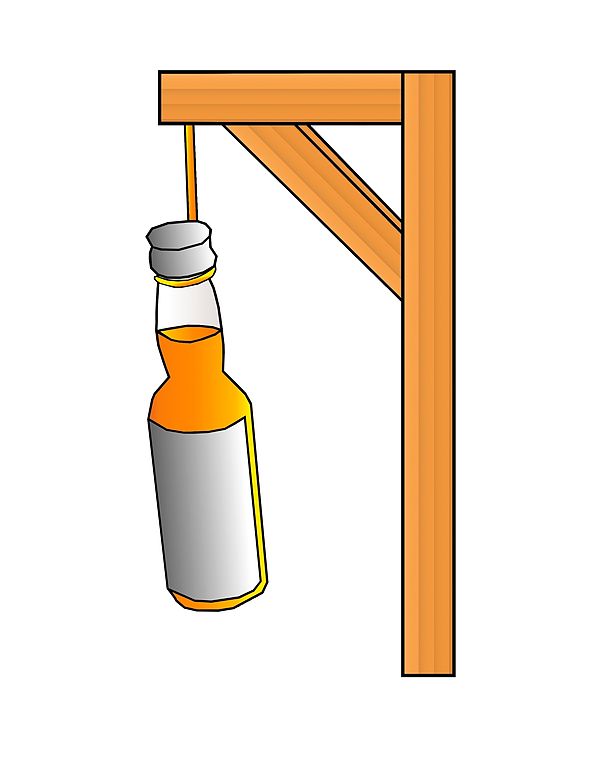 Alcoholism Can Be Just as Deadly as Drug Addiction

Alcoholics face many dangers. Grave dangers. Higher risk of some cancers. Lower immune system. Fistfights. Crashed cars. Rage of all kinds. Heck, one of alcohol’s main ingredients is even toxic. So yeah, alcoholism can be just as deadly as drug addiction. In fact, it’s often even deadlier.

That’s what a quick look at today’s news indicates anyway. A UK Reverend’s partner — dead. A loving young son in Chicago — dead. Liver disease on the rise all across the country — and with young women at that. Scientists racing to find a cure — or at least a mitigator. Psychiatrists insisting it’s genetic — an unwanted inheritance. That’s five of today’s top six news items re: alcoholism. And you want to say it’s not that bad? Perish the thought!

More importantly: perish that belief. Too many folks have too long believed alcoholism wasn’t as dangerous as drug addiction. That putting down a drink was much easier than dropping the pill bottle or the syringe. Much of that belief of course stems from the fact that alcohol is legal and, but for an early 20th century blip, it’s been legal since before there even was an America. There was also a problem of perception. People could understand getting hooked on drugs. They could not understand getting hooked on drink.

Whatever the reason, that belief wreaked havoc. In many places, it’s still wreaking havoc. Then again, that’s what happens when folks don’t treat alcoholism like the disease that it is.

At first we wondered why the boyfriend of a reverend would make Yahoo News UK headlines. Then we read further and discovered the reverend in question was popstar Richard Coles. Okay, so former popstar. And even that stint was rather brief, especially here in the States. Nevertheless, as one half of the Communards Coles did make some noise — and quite Hi-NRG noise at that — way back in the ’80s. And the clubs absolutely loved it.

Coles has apparently had quite the career since leaving the Communards. In addition to being schooled at King’s College and becoming a Church of England parish priest, he has, among other things, written for the Times Literary Supplement, been the longtime host of BBC4’s Saturday Live program, regularly appears on various UK comedy panel shows, and is Chancellor of the University of Northampton.

Coles also writes books, the most recent of which is The Madness Of Grief: A Memoir Of Love And Loss (Weidenfeld & Nicolson). Here Coles covers his partner David’s lengthy struggle with alcoholism – and, according to Yahoo reporter Albertina Lloyd — admits he’d previously it kept secret because of the stigma surrounding alcohol addiction.

“I often think if someone dies of drink as people used to say, that people filed them under a sort of tragic, squalid death. David was so much more than that,” writes Coles in the book.

He adds: “I am not the only person to have lost a partner to alcohol and there is a sort of silence around those subjects sometimes. But I think that silence can contribute to what makes addiction dangerous.”

Coles is right. Quite right. That silence can indeed be dangerous. It can also be deadly. So please, if you or anyone you know has issues with alcoholism, speak up about it.

Message from a Loving, Grieving Mother

Chicago Tribune columnist Jerry Davich brought forth this message. And we’re damn glad that he did too. Why? Well, in the first place because it gets to the heart of the matter. That’s no surprise though; it’s simply what Davich does. We’re also especially grateful for the message his column delivers, and that it gives voice to a very deserving messenger.

We’re talking about a Mom, whose name, for privacy’s sake, shall stay private. That’s just as well. Now everyone who reads this mom’s message can imagine it’s their own mother — or sister or aunt or grandmother. Picture any loving, grieving mother you’d like. Bear in mind though, that’ll be the only imaginary thing at play here. Because the message itself is all hard, solid truth.

“My son had a wife, a mother and a grandmother who worshipped her firstborn grandchild,” this loving Mom told Davich. “His in-laws loved him and would have helped him with anything. He had family support and love. And he had his daughter. But he chose vodka.”

Did you hear that? He. Chose. Vodka. How many men do you know who’ve also chosen vodka (or whisky or scotch or what have you)? Too many? Us too.

“He died at 41. So damn young. Forty-one years old and dead. I just don’t get it. He let alcohol win, leaving behind that daughter he so adored.”

“But not as much as he loved that bottle.”

“I understand that alcoholism is a disease. I get that,” the mother said. So “fight this disease like you mean to win.”

It’s what this Mom would do if she were stricken with cancer. And it’s what she believes alcoholics should do too. More, she can’t understand why they all don’t. She simply can’t.

“At what age or what stage of life would you be willing to let a disease win without any kind of fight?”

For this courageous mother, there’s no age or stage when she wouldn’t fight for her life. It’s highly unlikely there ever will be one either. And if by chance you find yourself slipping — or worse, wallowing — in that direction, she’s got some words for you.

“You have a life. Live it. Choose to live it, and make changes that are necessary, even if they are difficult changes. You must let others help you, but you have to help yourself, too.”

It’s apparent this loving, grieving mother shared those words with her son. Probably more than a hundred times. Please don’t let them fall on any other deaf ears. For her sake. And for the sake of every other mother out there — including yours.

The Battle Against Alcoholism

Healing Properties applauds Reverend Richard Coles, as well as the loving, grieving mother given voice to by Jerry Davich. We especially applaud their courage. We know what it’s like to see loved ones fall victim to alcoholism. And we also know what it’s like to wake up the next day and have to decide to fight for your own life. But have to we must. If only for the sake of those who can no longer fight for themselves.

Yes, it’s a shame that Alcohol Use Disorder (AUD) doesn’t always get the same serious attention as Substance Use Disorder (SUD). A real shame. Especially considering the grave dangers inherent in both. But even if (and when) things level off, we’ll still have both diseases to contend with. The only remedy we can see is to take a page from both the Reverend and the Mom, and make sure we contend with them as true contenders.

If you or someone you love is experiencing issues with alcoholism please pick up the phone and call someone. You deserve to live. So do they.