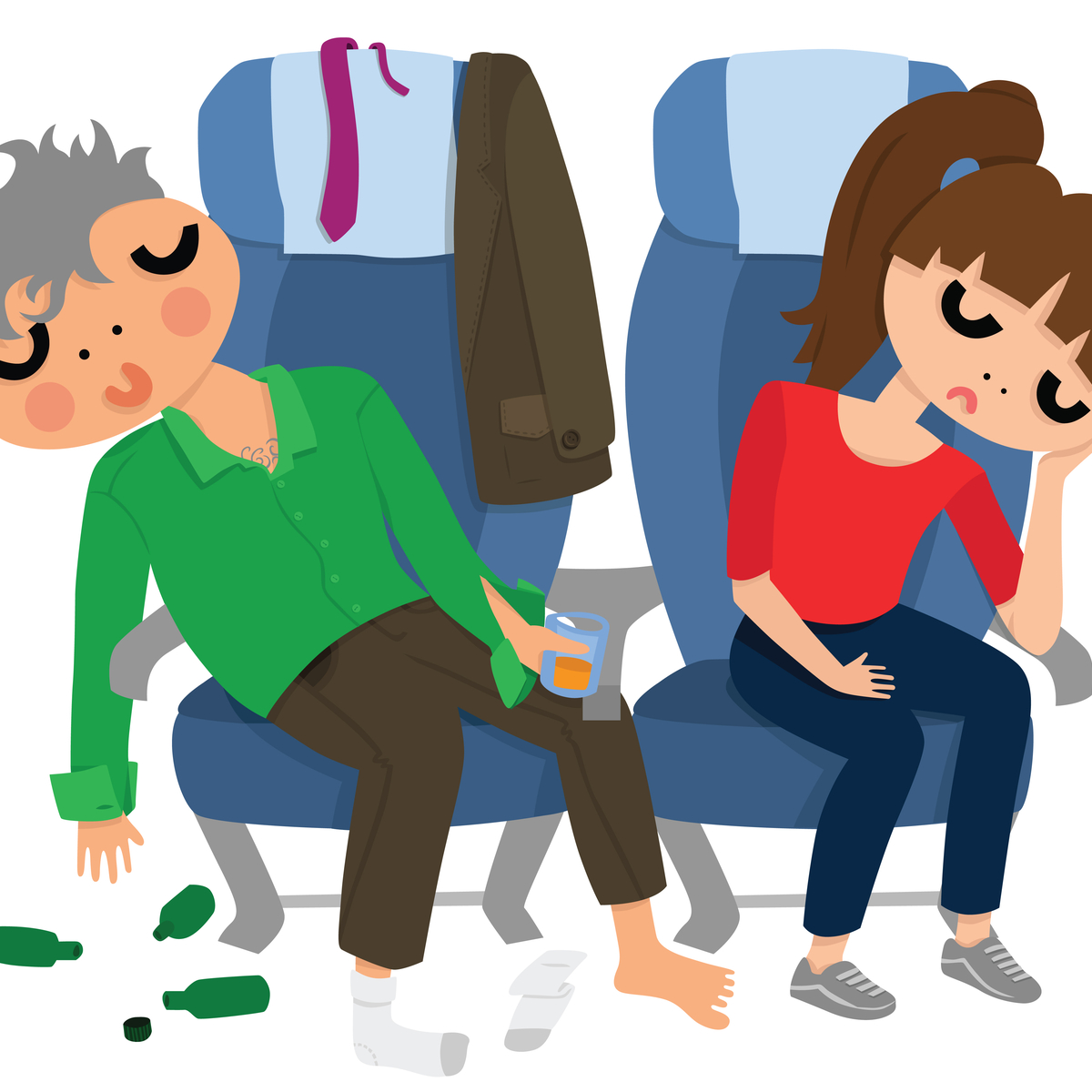 Altitude and alcohol can make for an unruly mix. They can also make for an unruly flight. No, not due to the reduced levels of oxygen (as commonly thought), but because altitude sickness amplifies alcohol’s impact. It doesn’t happen to all people. It doesn’t even happen to most people. But it happens. And when it does, things can get ugly. Real ugly. Real fast. That’s one of the reasons why the country’s airlines are keeping alcohol off airplanes. That and a truly mad case of widespread bad behavior.

But is altitude and alcohol really the reason people have been quicker to anger and/or more inclined to forsake social norms? We think not. It can’t be. Yet here we are. On-plane incidents are at an all-time high, despite airlines flying at barely half their normal capacity. It’s not a good look. Not good at all.

The mask mandate seemed so simple and sensible. Wearing a mask while on an airplane would protect you and your fellow travellers, as well as your friends and family back home. Nevertheless, some folks simply refused to comply. So the airlines began tossing people from planes and banning them from the skies. Yet people still beefed. So the FAA started levying fines. The fines haven’t worked either. Now the airlines are hoping that eliminating alcohol will do the trick. We’re not quite sure. Oh, we applaud the move alright. (Though it’s not quite fair to the well-behaved.) We just think the problem’s far beyond alcohol. It’s far deeper too. And it was ignited by four years of officially-sanctioned misbehavior.

But that’s another story. It’s also a story with the potential to cause some of the same issues the airlines are attempting to quash. But again, it’s not a good look — for America, or for Americans. We’re supposed to be kind, cool and compassionate; not mean, hot-tempered and uncaring. We’re the Good Samaritans, not the bad actors. Or we’re supposed to be anyway. And yet…

Being asked to wear a mask doesn’t infringe on anyone’s rights; it appeals to their good sense. You wouldn’t knowingly go home and infect your family with a deadly disease would you? Of course not. Just like you wouldn’t willingly swallow poison. So please, just slip it on while you’re taking to the skies. And thank your lucky stars that you still can. Remember, Covid has seen to it that over half a million Americans will never again get to be asked to mask-up.

Altitude and Alcohol and Attitude: The Dustups

The jetBlue passenger who threw food and an empty liquor bottle, shouted obscenities and then hit a flight attendant in the arm during a flight from the Dominican Republic to New York.

The Southwest Airlines almost-passenger looking to get from Chicago to Sacramento who said two flight attendants were “pathetic” for kicking him off the plane and then hit a crew member with his luggage as he walked off the flight.

And the Alaska Airlines would-be-flier who caused such a ruckus his Bozeman to Seattle flight was forced to return to the gate so he could be removed from the plane.

Why were these three folks behaving so badly? Because they were asked to wear a mask.

There are more, of course. Many, many more. In fact, the Federal Aviation Administration estimates its mask mandate accounts for 1,900 of the 2,500 unruly behavior reports received so far this year.

The FAA wants it to stop. So they’ve decided to start slapping some rather hefty fines on the culprits.

In fact, a recent press release shows the FAA is forcing three of these misbehaving Americans to fork over a cool $15,000. No foolin.’

Two of the “passengers” were flying jetBlue — one from Miami to Los Angeles; the other from Fort Lauderdale to L.A. A third was on an Alaska Airlines flight from Washington-Dulles International Airport to Seattle-Tacoma. In the third case, “the FAA alleges the passenger pushed and/or shoved a flight attendant when flight attendants walked down the aisle to document which passengers were not wearing facemasks.” The first two involved a slew of obscenities, a simple assault, and illicit alcohol. In one case the pilots were forced to divert the plane to another city and then eject the unruly drunk.

The above incidents can’t be completely attributed to altitude and alcohol. They just can’t. Attitude must also have come into play. After all, people have been drinking on airplanes since we’ve taken to the once friendly skies, so there’s got to be more reason why this is suddenly such a problem.

Ending Altitude and Alcohol: Cause for Applause

The airlines, for their part, have decided not to take any chances. Consequently for now neither United, Southwest or American will be lifting the alcohol suspension put into place at the beginning of the Covid pandemic. Other airlines are expected to soon follow suit. There are some concessions (i.e. United will offer beer, wine and hard seltzer on domestic flights longer than 800 miles, and American First and Business Class passengers can still get in-flight alcoholic drinks), but for the most part altitude and alcohol is out.

The FAA? Well, as Jelisa Castrodale reports in Food and Wine, the FAA will continue its “zero-tolerance policy” for passengers who misbehave on an aircraft. Come Monday September 13, American “will consider returning alcohol service to its flights.” That just so happens to be “the same date that the federal face mask mandate expires.”

Healing Properties applauds the airlines continued discontinuation of alcohol service, especially in light of the recent violence. We also applaud the FAA’s decision to crack down hard on the culprits. We hope law enforcement agencies will continue to join in at every possible opportunity. Whether it’s altitude and alcohol, or altitude and alcohol and attitude, or simply egregiously bad manners, this uncivil unrest must stop.

Are you or a loved one experiencing substance abuse problems? Would you like to do something about it? Then please give us a call. We’d very much like to help.