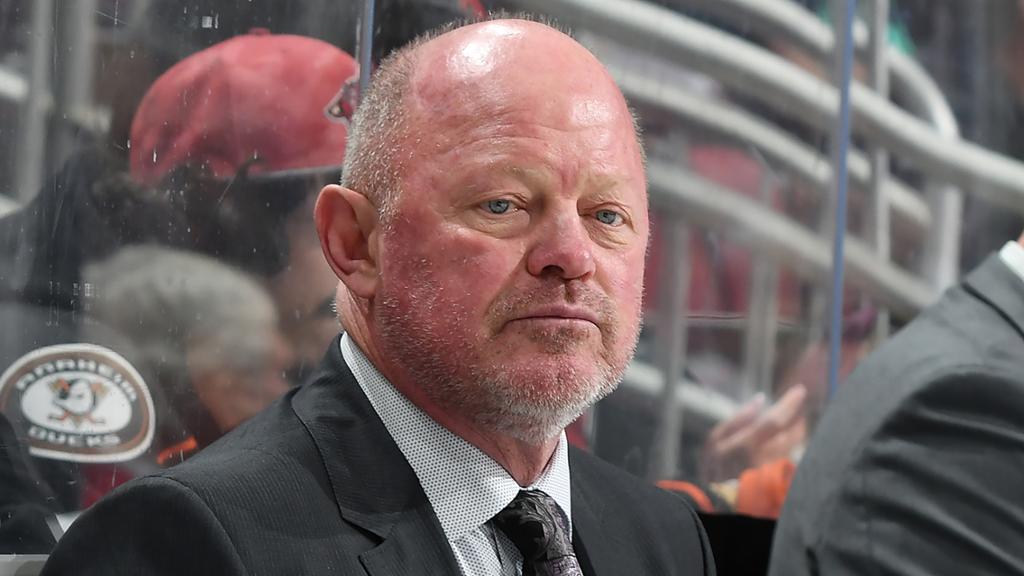 In yet another case of It Could Happen to Anyone, Anaheim Ducks GM Bob Murray has resigned from the team and will in turn be seeking alcohol addiction treatment. The move comes just one day after Murray had been placed on administrative leave due to a “professional conduct” investigation.

That investigation is to determine whether there’s validity to the allegations that the 66-year-old executive had “created a toxic workplace by repeatedly shouting at team staffers in an intimidating fashion, sending angry messages to players, and yelling at the coaching staff,” wrote LA Times sports columnist Helene Elliott.

“I want to apologize to anyone adversely affected by my behavior,” the former Ducks GM said in the team’s news release. “I vow to make changes to my life, starting with enrolling in a treatment program. I’d also like to thank [team owners] Henry and Susan Samueli, and [team chief executive] Michael Schulman, as working for them has been one of the highlights of my career. As I step away from the Ducks, I will focus my attention on where it should be: improving my life for the betterment of my family and friends.”

The Samuelis will reportedly pay for Murray’s treatment.

Murray had a long and somewhat storied professional hockey career. Drafted by Chicago in the 1974 NHL Amateur Draft, he’d spend the next 15 seasons with the Blackhawks. By the time he left the ice in 1990, Murray amassed 132 goals and 382 assists over 1,008 career NHL games.

The Blackhawks hired Murray as their director of player personnel the very next year. Six years later he became the team’s general manager. The sixth GM in franchise history.

Things should’ve went swimmingly. Murray had inherited the GM position from Bob Pulford, who he’d served as assistant while handling player personnel duties. Pulford had led the Blackhawks to the Stanley Cup Finals in each of his 20 consecutive seasons as GM. Then, in 1997, after a tumultuous and disappointing season, he abruptly resigned. Some say Pulford left Murray holding the proverbial bag.

Whatever the case, Murray’s stint as Blackhawks GM was a bust. And with Chicago in last place in the Central Division Murray was fired. It was just 22 games into his third season.

Murray didn’t leave hockey though. He couldn’t. It was in his blood. And after briefly serving as a scouting consultant for the then Mighty Ducks of Anaheim, he nabbed a professional scout spot with the Vancouver Canucks. He scouted for Vancouver from 1999 to 2005.

In 2005 Murray latched on to a spot quite similar to the one he’d held with Pulford in Chicago; this time at Anaheim with Ducks GM Brian Burke. Two years later, with Murray serving as senior vice president of hockey operations and overseeing all aspects of player development, the Ducks won the Stanley Cup.

Murray was appointed GM the very next year.

The Ducks made the Stanley Cup playoffs in eight of Murray’s first 10 seasons in charge. The team was good. Damn good. It just wasn’t good enough to repeat its Stanley Cup win. Nevertheless, Murray won the NHL’s Jim Gregory General Manager of the Year award after the Ducks finished the 2013–14 season atop the Western Conference with a franchise-record 116 points.

Then came the resignation.

Again, the resignation comes hot on the heels of Murray’s being placed on administrative leave. That move, in turn, was prompted by Century City-based law firm Sheppard Mullin‘s “preliminary investigation into allegations he had created a hostile workplace atmosphere by repeatedly scolding club employees, sending scathing messages to players and berating the team’s coaches,” reported Elliott.

A source told Elliott that club owners Henry and Susan Samueli moved swiftly and silently once they became aware of the accusations against Murray. That included launching the internal review which begat the outside investigation.

“First and foremost, we apologize on behalf of the organization to anyone affected by misconduct from Bob,” Henry and Susan Samueli said in a statement. “We expect every member of our organization to be treated with respect and will not stand for abuse of any kind.”

“Bob tendered his resignation [Wednesday] morning, while also informing us of his decision to enter an alcohol abuse program. While we do not condone his conduct, we fully support his efforts to improve his physical and mental health by asking for help. We will now begin a methodical, extensive search for a permanent General Manager to lead us forward. We expect to complete this process no later than next summer.”

Murray’s stepping down came after reports were made to the NHL’s anonymous hotline, which was created specifically to address workplace abuse. It also comes at a time when the NHL is under fire for mishandling a few very high profile incidents, including a report that Blackhawks video coach Brad Aldrich had sexually abused a prospect in 2011.

Anaheim has not specified when the complaints against Murray were made, or how many people have come forward. The NHL though did welcome the development, as well as the use of the hotline.

“We support the decision by Bob Murray to resign his position,” read the NHL statement. “While we understand that he is seeking appropriate counselling and treatment for his personal issues, there is no excuse and there is no place in our League for the type of behavior that was recently reported through the NHL hotline.

“We thank the Ducks’ organization for his prompt and appropriate response to the hotline reports. The league and its clubs are committed to a safe and welcoming workplace across the NHL and will continue to take any and all action to achieve that goal.”

Assistant general manager Jeff Solomon has taken over as interim GM, as the franchise prepares to begin a search.

Healing Properties applauds the Anaheim Ducks for taking such swift and decisive actions re the allegations against Murray. The team’s response is a perfect example of how a professional organization should handle such matters, even — or especially — if it’s the team GM. That Anaheim did so with the Ducks GM is testament to a welcome new culture in professional sports.

So too the NHL and its hotline. Launching an anonymous hotline was a wise and necessary move, as was implementing a “zero tolerance” policy re workplace abuse. It also shows tremendous progress. And we applaud both the league and Commissioner Gary Bettman for making the progress possible.

We’re also glad that Bob Murray will now be getting the help he needs. Seeking help isn’t easy under even the best of circumstances; under situations like this it must be next to impossible. Remember Murray had been the Ducks GM since 2008. He ranked third in seniority among NHL general managers behind only David Poile of Nashville (1997) and Doug Wilson of San Jose (2003). This season also happened to be Murray’s 47th in a row in the NHL as a player and executive, including the 14 as executive vice president and general manager of the Ducks.

Nevertheless, Murray’s behavior had created what ESPN reported as an “abuse culture” within the organization. And that, thankfully, can no longer be allowed to stand.

How about you? Have you been drinking too much? Has it created an abusive workplace culture? Could it? Or are you perhaps drinking to escape such a thing? Either way, it’s not a reflection on you. It can be helped too. All you’ve gotta do is phone. So please. Make the call. Take that life-saving next step. You deserve it.