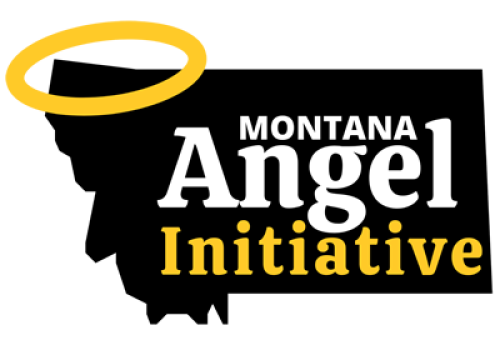 This week, Montana’s Lewis and Clark County joined the Angel Initiative. That puts struggling Montanans that much closer to getting much-needed addiction assistance. It also changes the way the state handles the substance abuse issue.

“The Angel Initiative requires law enforcement to change how they do business,” writes Montana Public Radio’s Shaylee Ragar. “If a person self-reports their substance abuse and turns over their drugs, police won’t press charges. Instead, they’ll help the person find treatment.”

“This is a paradigm shift,” said Lewis and Clark County Sheriff Leo Dutton. When matched with the nearly 20 other Montana sheriff departments who’ve signed on to the program, it’s a significant paradigm shift. And it just may prove the state will no longer be attempting to arrest its way out of mass addiction.

The Angel Initiative “was first launched in Cascade County last November,” reports Ragar. Since then 10 treatment providers have signed up to take part. So have the aforementioned sheriff’s departments.

We did learn though that “the voluntary program is not available to people with an outstanding warrant, a threat to the provider, registered sex offenders or unaccompanied minors.” Makes sense to us.

One of the most sensible things though came from Montana Governor Greg Gianforte himself.

The program requires a lot of trust from participants, he acknowledged. “But we can’t keep doing the same thing and expect a different outcome.”

The governor didn’t say however just how this different thing is going to get done. Neither did Public Health Department Director Meier. And with resources already stretched alarmingly thin, that’s an obvious concern.

Granted, Meier did mention there being no cap on program participants. He didn’t mention though that there’s no guarantee every participant will receive treatment. The governor’s-own Angel Initiative announcement even says so:

A toll-free number connects law enforcement to the Angel Line where a mental health professional will assess the level of care an individual may need. If there is no availability in the local community, the Angel Line will provide alternate options for treatment in nearby communities. A placement for treatment is not guaranteed, and the participant may be placed on a wait list.

That might sound rather dry and ho-hum in print, but IRL it’s a veritable alarm bell. Angel Line callers are going to be sick, and they’re going to be desperate. And while they might cotton to a nearby community treatment center (heck, some may even prefer to be a bit removed from the problem), they most certainly won’t be able to handle a waiting list. Their bodies just won’t take it.

It seems The Angel Initiative needs to add addiction treatment beds to its arsenal if it’s truly going to make a real dent in this crisis.

The Kentucky State Police launched their own Angel Initiative back in 2016. In the commonwealth’s case, however, the program was launched through funding from the Kentucky Office of Drug Control Policy (ODCP). Both KSP and ODCP fall under the Justice and Public Safety Cabinet’s authority and responsibility. That places some much-needed resources into its Angel Initiative.

“There is no doubt that the nationwide opioid crisis is hitting Kentucky at an alarming rate,” said then Secretary Noble, in a release. “When two agencies pool their resources together, we are better able, as one team, to help Kentuckians battling addiction. Every life saved from substance abuse and opioid death is a life worth fighting for.”

Consequently, Kentucky’s Help Not Handcuffs campaign tagline gets the opportunity to ring true. To date, the commonwealth has helped 198 individuals receive addiction treatment. That despite being shuttered for nearly a year due to COVID. Kentucky’s Angel Initiative is back open now though. And people can find help at all 16 KSP post locations. And if by chance you’ve contracted — or even suspect you may have contracted — COVID, they’ll still help. The Sheriff’s Office asks that you please phone first so they can make proper arrangements.

Now that sounds like an Angel who’s taking real flight!

Healing Properties salutes both Montana and Kentucky for stepping up with their respective Angel Initiatives. If every state would start doing likewise, we’d be getting a whole lot closer to stemming the continually rising tide of addiction and overdose. Can more be done? Of course. (Steering low level possession offenders directly into treatment would be another terrific move.) But we’re grateful the states are making the moves they are making. Heck, for a good long while there nobody made any moves at all.

Whatever the case, whomever the culprits, however it’s accomplished… if it works, we’re behind it. Folks need effective addiction treatment. And they need it now. So we’ll continue to stand behind anyone and any way that happens. Just so long as more folks get to see a life beyond substance abuse.

What about you? Are you struggling? Are you out of options? Do you want to change things? Help is out there, you know. Whether or not your state has an actual Angel Initiative. In fact, if you give us a ring, we’ll get you sorted quick. No, you don’t have to be male. (Though we only house men.) You don’t have to be ready for sober living either. (Though that’s what we provide.) Heck, you don’t even have to be in Florida. (Though that’s where we’re located.) You just have to want to get sober. We’ll steer you sober alright. Real sober.