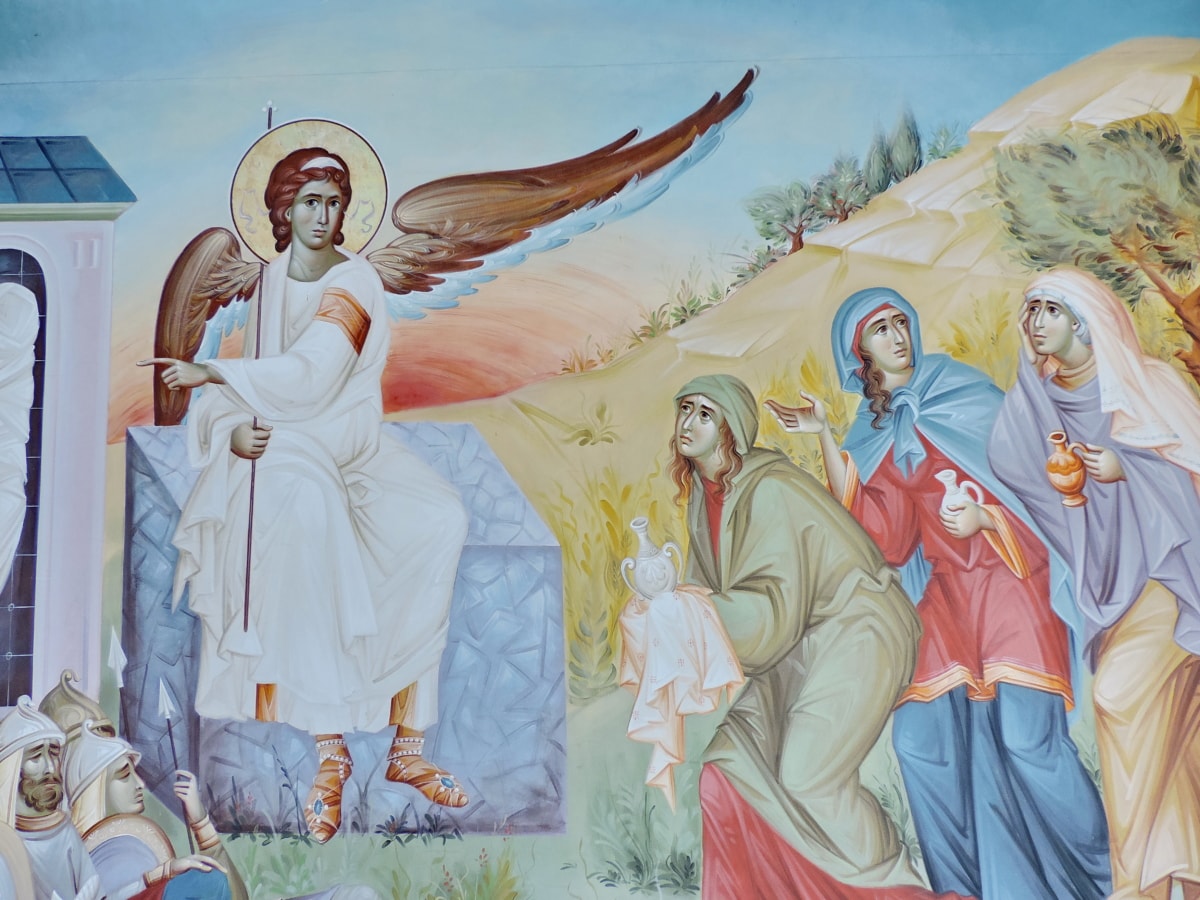 All of America Deserves an Angel Program

Imagine turning yourself in at a police station, asking for help with substance abuse, then being directed to rehab — no questions asked. That’s how the Angel Program works. And it reportedly works wonders. In fact, the program is working so well — and is in such need — that it’s expanding.

That’s right. The Michigan State Police‘s much-revered Angel Program is now expanding to include Traverse City. Why? Because it’s in a part of Northern Michigan that doesn’t have a State Police barracks. And since that’s where the Angel Program is administered in the rest of the state, the Traverse City Police Department is stepping in to fill the need. That means, locals who are struggling can now walk into the Law Enforcement Center on 851 Woodmere Ave, ask for help. and get it. Monday through Friday, between 8am and 4pm.

Now we need to see the Angel Program expand to include all of America.

The Michigan State Police’s Angel Program is modeled after the one began in 2015 by the Gloucester (MASS) Police Department. It was revolutionary then; it remains rather revolutionary now. And that’s unfortunate. Because if this program were more widespread, a whole lot of Americans night not now be suffering from substance use disorder.

At least the Michigan State Police have the program at all of their barracks. Now the Traverse City Police Department has it too. What do they say in AA? Little by slowly.

Anyway, we found out about the much welcome Traverse City expansion via Traverse Magazine‘s Kandace Chapple, who wrote all about it for the mag’s My North. In fact, it was Chapple’s deep dive that tipped us to the Angel Program itself. And boy are we glad to have found out about it. We’re also glad to see how the program helps those in need.

Chapple’s report begins by citing a story told by “Angel” Jason DeBeck. Seems one day a man walked into the MSP Gaylord Post and asked for help. When DeBeck asked the man where he’d walked from, the man said Grayling. DeBeck was completely taken aback. Grayling to Gaylord was a good 30 miles. Yes, thirty miles.

“And this wasn’t during the summer,” DeBeck recalls. “It was cold. Sometime in March or April. For me, that shows people desperately need help and will go to any length to get it. It’s a much-needed program.”

Not a Moment Too Soon

Such transformative stories have been occurring ever since MSP instituted the program back in 2016. Like we said, the program is working wonders. Police officials agree. They also wholeheartedly endorse the program.

“This program is a proactive approach,” says Traverse City PD Crime Prevention Officer Jordan Wieber. “For those in need, we want you to know that the police have compassion and that we hope to change lives.”

A far cry from the old instinct to lock ’em up and throw away the key. A real far cry. And not a moment too soon either. Especially now.

“COVID has definitely affected opioid and narcotics usage in our area and everywhere,” Wieber adds.

Indeed, Chapple says Michigan had 2,729 overdose deaths in 2017. Of those, 1,941 were opioid-related. Over two-thirds (699) were directly attributed to heroin. Overdoses have of course also risen nationally since the pandemic began. Some say by as much as 25%, if not more.

The open-minded Angel Program has also instilled a more robust open-mindedness all across the board. It also seems to have created an eagerness to help addicts. It’s at least made both much more evident.

“We’re excited to team with the Angel Program and get people into recovery,” says Wieber. “Addiction can reach anyone.”

“For years an addict was painted as a willing participant,” he says. “But is there always a choice? The truth is that it’s a sickness; it doesn’t discriminate. The problem can start with opioids prescribed by a doctor. You think that’s safe. But then you develop a sudden addiction. A lot of times we find that these are moms who were in car accidents or a high school sports player who was injured. Those are also the faces of addiction.”

Hebner points out that opioids and heroin both spring from the same plant — and have the same consequences. Once people can no longer renew their pain pill prescription, they’ll seek a different source. By then their addiction will insist upon it. With heroin readily available around nearly every corner, that new source is a no-brainer.

How the Angel Program Works

People in need can turn themselves in at any Angel location, says Hebner. “If they come voluntarily, there are no tricks to that,” he adds. “We know it sounds too good to be true, but the big thing is that we want to get people help. We can’t arrest our way out of this problem.”

Hebner notes that the person must come voluntarily. It can’t be part of a family intervention. And no, they can’t use it as an excuse if they’re caught driving dirty either. Or drunk. “It doesn’t work that way,” he says.

If however the person comes in and requests help, any drugs in their possession are taken and destroyed by the police. If a person is overdosing, of course, law enforcement officials will seek (and if necessary, administer) emergency medical treatment. All troopers and officers across the state are equipped with Narcan.

Next, an Angel is summoned and the assessment begins. Drugs or alcohol? Which and for how long? Are there any co-existing disorders? Is the person insured or otherwise covered (i.e. disability). Preferred duration of rehab (30/60/90 days, etc)? Once those (and other) questions are answered the Angel will assess program availability and get the person enrolled.

Angels are typically assigned by gender. Women get female Angels, men get males. Angels are all volunteers and background checks are mandatory. Most Angels have some substance abuse history, so they must have at least two years in recovery before becoming a volunteer.

Like minds help alike. Angel Jason DeBeck also happens to own Nathan’s House, a recovery residence for men in Boyne City. He too has had issues with substance abuse. In fact that’s largely why he decided to become an Angel in the first place. Addicts helping addicts.

“Addicts and alcoholics understand each other,” he says. ‘Once you find the bottom, it’s time to find help. We call that the ‘gift of desperation.'”

DeBeck has eight years of sobriety under his belt. He was lucky. His former employer provided treatment through its HR Department. Most folks however aren’t so lucky. They don’t get to experience such great reward either. DeBeck wants to change all that.
.
“There’s a tremendous reward for Angels to be a part of this program,” he says. “We get to pass on a little bit of who we are and our story, and we get to help others.”

DeBeck’s a realist though. He knows people may not “want to see a blue uniform” at such a tenuous time. But he wants everyone to know “there’s compassion and care [out] there.” There’s also “help, whenever you’re ready.”

In other words, time everyone ditches the bias.

Healing Properties heralds the Traverse City Police Department for launching the Angel Program. We also applaud the Michigan State Police for paving the way, and the Gloucester Police Department for coming up with the program in the first place. This program is an invaluable resource for those suffering from Substance Use Disorder (SUD). But it’s also invaluable to and for the community at large. After all, the more people get a chance to again become productive members of their community, the better off everyone will be. Now if only every community would adopt this compassionate, empathetic and much-needed approach to addiction.

But you don’t need an official Angel Program to right yourself. Remember there are all kinds of angels out there. And they’re there to help. In fact, they’re ready, willing and eager to do so. All you’ve gotta do is call. So whether you’re in Michigan or Florida or somewhere in between, please grab that phone. It’ll be the best call you’ve ever made.

(Image by Bicanski on Pixnio)