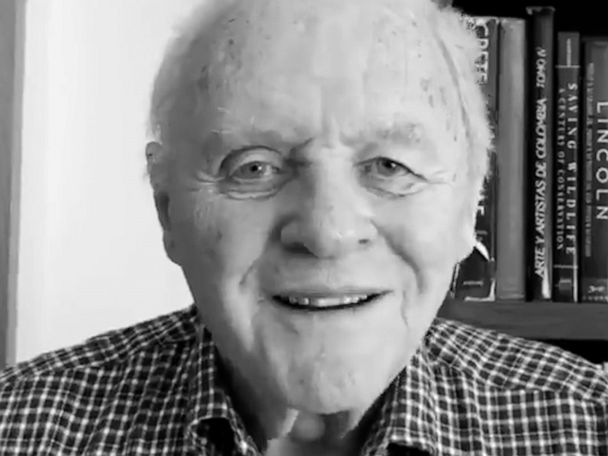 Anthony Hopkins’ sobriety continues to be one of his most all-inspiring traits — and that’s saying something! After all, the actor’s every breath is inspiring. Then there’s the work, which has already long surpassed legendary. And to think, he’s pulled it all off being completely sober.

Okay, so almost all. Hopkins was the hard-charging drinker throughout his early career. In fact, he drank so much that there are some movies he can’t remember making. Even his Lion in Winter co-star Katherine Hepburn got riled about it:

“For God’s sake, I hate you drinking actors,” she said. “I don’t know what’s the matter with you, you’re all killing yourselves.”

Killing themselves was spot on. And on Tuesday Hopkins took to Twitter to say just that. The real reason for the message was to mark his 45th year of sobriety. But Anthony Hopkins’ sobriety celebration ended up being an all-around inspirational.

“It’s been a tough year, full of grief and sadness for many, many, many people,” he said. “But 45 years ago today I had a wake-up call. I was heading for disaster. I was drinking myself to death. And I got a message, a little thought, that said, ‘Do you want to live or die?’ Well, I said I wanted to live. And suddenly the relief came and my life has been amazing.”

“Be bold, and mighty forces will come to your aid,” said Hopkins, quoting Goethe. “Today is the tomorrow you were so worried about yesterday,” he added, quoting Dale Carnegie. Most of all though, Hopkins called for us all to keep at it. “Don’t give up, just keep in there, just keep fighting,” he said. Especially “you young people.” It’s a mantra that’s sustained Hopkins through his life.

And to think, Hopkins almost didn’t make it past The Lion in Winter.

“I should have died in Wales, drunk or something like that,” he says now. I was “disgusted, busted and not to be trusted.”

“Nothing ever satisfied me,” said Hopkins. “It could be an ocean of booze… nothing would ever satisfy me. Work… success… NEVER FILLS THE CUP.”

Then, in 1975, a woman from Alcoholics Anonymous asked Hopkins a very simply question: “Why don’t you just trust in God?” After that, he says now, the urge to drink was “never to return.”

Anyone who’s been in sobriety for a minute or three won’t at all be surprised by Anthony Hopkins’ sobriety message of hope. Especially those who live in L.A. and go to AA. See, despite AA’s penchant for anonymity, Hopkins is perhaps the least anonymous alcoholic ever. In fact, YouTube is chock-a-block with sobriety messages from the knighted one, each as inspiring as the last — and the next.

Hopkins is the featured AA speaker on some of those clips, and many contain messages that go something like this:

“By a series of accidents, I became an actor, and I thought that would fix me. I thought that if I could work hard and really achieve success, then I would be fixed — the feelings inside me would go away.”

Every addict and alcoholic knows full well of what Hopkins is speaking. It doesn’t matter if you’re an actor or an electrician or a doctor or what. Those broken inner feelings gnawed away at us. In fact, that’s why we drank and we drugged in the first place.

But once we found an easier, softer way, those feelings started dissipating. Until eventually, they’d gone the way of our drinking and our drugging. That is, they’d gone away, never to return, just like Hopkins’ urge to drink.

That easier, softer way, of course, comes directly from AA. And Hopkins has been a card-carrying member for 45 years. He’s still a member too. In great good standing. And we suspect he’ll be a member as long as he can. Then again, with a life like he’s been blessed with, why wouldn’t he?

Healing Properties congratulates Sir Anthony Hopkins on his 45 years of sobriety, as well as for his astoundingly remarkable career. Few folks do what they do with such grace and charm. Even fewer do so without ever missing a beat. That Hopkins does all that with such sober strength is a true inspiration for everyone.

How ’bout you? How are you handling the pandemic? Staying away from the drink and the drugs? No? Would you like some help? Give us a shout. Any time. We’re here to help. We can even share a few of Sir Anthony Hopkins’ sobriety secrets.