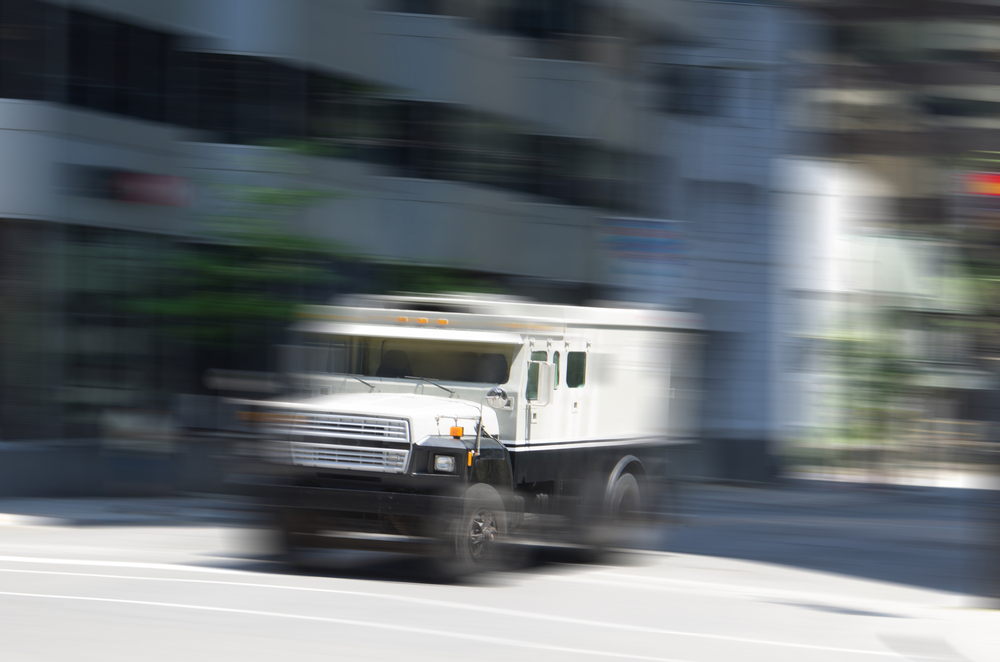 How an Armored Car Robbery Saved This Addict’s Life

Hard to say what’s worse about this armored car robbery story — the ugly cliches or the bitter truths. It is easy however to say what’s best about it all — the very happy ending. If you want a real Feel Good Addiction Story, you’ve got one. Enjoy!

Like every small town high school, Washington state’s Monroe High is crazy about sports. Real crazy. Consequently, its students really revere the school’s sports stars. So do the townfolk. Especially the stars of the football and basketball teams. And each and every game is packed to the proverbial rafters with a roar of faithful supporters.

Anthony Curcio was at the center of it all. See, Curcio was captain of both the football and basketball team. And in the town and the high school of Monroe, that made him a hero.

Curcio deserved the accolades too. Running up the kind of records that fans go crazy for — and colleges drool over. So it seemed natural for his father’s alma mater to offer him a full ride. After all, attending the University of Idaho was a childhood dream, and Curcio had been living childhood dreams his entire life.

Then at football practice one sunny afternoon, Curcio tore his anterior cruciate ligament. The dream became a nightmare. Specifically a nightmare known as Vicodin.

Curcio was addicted before the first script ran out. And why wouldn’t he be? Vicodin not only helped with the physical pain, but it also helped dull the existential pain. And yes, losing out on a childhood dream career before it even begins can cause a whole lot of existential pain.

To some folks though, opioids also have a way of sharpening the mind while they dull the pain. Curcio was one of those folks. And the pain pills gave him focus enough to graduate from college, marry his high school sweetheart and start his own business in lickety-split succession. When that first business went south, he started another. When the second business also started going south, his ideas went sideways to accommodate. And he hatched a slew of “high dollar thefts, scams, and loan-sharking schemes.” Not just to keep up the front, but to keep his habit afloat. See by then Curcio was dropping $10-15K a month on drugs.

Before long of course that faithful ol’ shit hit the faithful ol’ fan. Hard. And Curcio’s life became nothing less than a stinking mess.

So what to do? Remember that bit about opioids sharpening the mind? Well, by this time Curcio’s brain could cut paper. It had also become manically obsessive about things like nuance and details, especially if they concerned plans and schemes. The bigger and more convoluted the better. In other words, just the kind of mind to plan an armored car robbery.

So plan he did. And plan and plan and plan. Maps and schedules and escape routes; diversions and blinds and cover-ups. All planned with the meticulous obsessiveness of a hardcore opioid addict with an IQ as high as the gallows he’s perched upon. And but for an ill-advised getaway (which he thankfully amended) and the old adage about secrets (which he unfortunately succumbed to), he’d have gotten away scot-free. In fact, Curcio did get away. He just didn’t get away with it.

We won’t spoil the story by revealing the punchline. In fact, we’ll actually even conceal the best part of the joke. We will tell you Curcio’s downfall came from a place that no one could’ve expected, let alone circumvented. We’ll also tell you it was the best thing that could’ve ever happened to him.

That’s right. See Curcio getting caught meant Curcio finally got to get the help he so desperately needed. Yes, it’s awful that it actually took an armored car robbery before help could arrive, but that’s the nature of the beast. The point is the help finally did arrive. And it saved Anthony Curcio’s life.

It also saved his family. That high school sweetheart of his? Well, she and Curcio reunited. That means his two children are back too. And Curcio’s traveling the country spreading the the bad word about addiction — and the good word about sobriety. And what fueled the move to the public spectrum? Why, prison of course. Because it was there where Curcio spent his time writing children’s books. The title of the first one? My Daddy’s in Jail.

Healing Properties salutes Anthony Curcio not just for making it through addiction’s trials and tribulations, but for making it through with such altruism and grace. Surviving addiction and prison is no easy feat, for anyone. Doing so without a chip on your shoulder and with a song in your heart is an achievement worthy of real applause. That the life is now devoted to helping others only makes that applause worthy of ovation. We’d also like to salute Curcio’s wife and two daughters for so steadfastly standing beside their husband and father. Addicts put families through sheer hell. When they stay strong and supportive despite that hell, they too should be applauded — and given a standing ovation.

How about you? Are you putting your family through hell because of addiction? Have you been battling drink and/or drugs? Would you like some help? You don’t have to go to prison to get it. And you don’t have to rob an armored car either. You really don’t. All you’ve gotta do is call. Really. Just like the song says. And you too can get back on track — with your friends, with your family and with your life. Whaddya say?