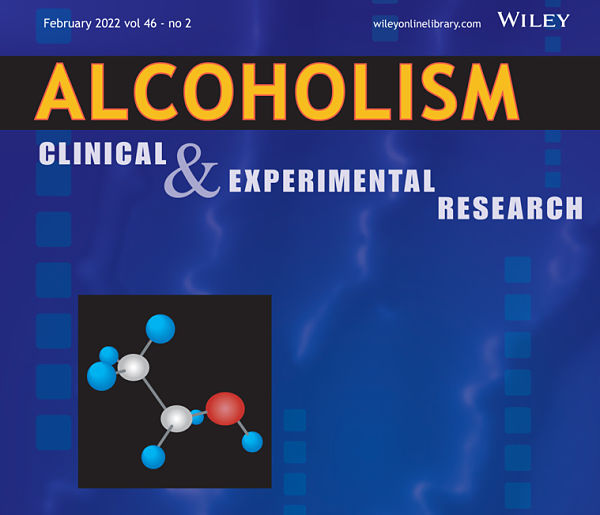 AUD: Is it Really in the Genes?

For decades, we’ve assessed the likelihood of developing Alcohol Use Disorder (AUD) solely through an individual’s family history. And while that assessment does reflect both genetic and environmental risk, it doesn’t always dive deep enough into the gene pool. Not for complete accuracy anyway. And not in a way that truly permits early intervention.

So says a study that appeared in Alcoholism: Clinical and Experimental Research. The study actually comes from the Research Society on Alcoholism (RSA), but it’s culled from a cache gleaned from the NIAAA’s Collaborative Study on the Genetics of Alcoholism (COGA). Whether you deem it a study based upon a study or two studies in one matters less than the fact that it springs from — and was conducted by — two of our most reliably-sourced outfits.

We got our glean from a Newswise release, though the Abstract is available either via the National Institute of Health’s National Center for Biotechnology Information or the Wiley Online Library. The full report’s at Wiley as well. If you want that though, it’ll cost you. Then again, if you’re seeking this caliber of singular transcript, you’re likely already aligned with a Wiley-subscribed institution.

But what about that Newswise release? Well, it’s brief yet thorough, thorough without being overlong, and free of the stodgy language that generally weighs down such things. The info also seems to spring straight from the Research Society on Alcoholism itself. That’s a good thing of course. A damn good thing.

So without further ado, let’s see what the source has to say.

“Greater Than the Sum of its Parts: Polygenic Risk Scores Identify People at Risk of Alcohol Use Disorder”

That’s how the RSA tops its Newswise release, so that’s how we’ll kick off the proceedings. We’ll also start by breaking down the term polygenic.

In less obtuse words, it’s not the everyday trait that scientists customarily rely upon to make their assessments; it’s the unseen and/or overlooked combination of traits that could foretell someone’s future. A trait, we might add, that could also forestall said someone’s future.

We’ve long known that a parent’s bad habit is quite likely to be passed along to the child. (Your dad drank, so you’ll probably also drink.) What we haven’t completely known is whether or not other, less obvious inherited traits could combine to create a problem. (i.e. Your dad had OCD. Your mom had ADD. That makes you a prime candidate for AUD.)

For complex disorders like AUD, the common genetic variants that contribute to genetic risk each have a small effect on their own. However, when evaluated together, these variants can be used to calculate polygenic risk scores (PRS) – the weighted sum of multiple risk genes across the whole genome.

Furthermore, “polygenic risk scores have shown promise in evaluating risk and identifying high-risk individuals in other conditions.” In fact, “large-scale genetic studies have revealed numerous genetic variants associated with AUD.” Knowing those AUD-associated variants permits researchers to more comprehensibly analyze the scores. That is, it doesn’t just give them a chance to evaluate risk, but it also provides enough “statistical power” to predict severity.

Study Upon a Study

As we said, the RSA study was based upon a cache culled from the Collaborative Study on the Genetics of Alcoholism (COGA). What we didn’t say is that the cache was over 4000 strong. That’s right: over three thousand people who met the diagnostic criteria for AUD or alcohol dependence (‘cases’), and another one thousand-plus who had consumed alcohol but did not have a history of AUD (‘controls’). Everyone was also classified according to their AUD family history (i.e. having or not having a first-degree relative with AUD).

The researchers calculated PRS for each individual, and performed statistical modeling to test for associations of PRS and family history with AUD, and with AUD severity as measured by the number of diagnostic criteria met by each individual.

Unsurprisingly, polygenic risk scores were higher among the cases (people with AUD) than the controls. As those case scores increased, so did their AUD’s severity. Case or control though, those with top 10% scores were twice as likely to have or develop AUD. As expected, “family history was also effective in predicting AUD.”

The Nature (and Future) of AUD

In June of 2020 Nature published a Translational Psychiatry article concerning a similarly-skewed study. That study not only featured a few of this study’s players, but it also appears to have helped heighten the buzz surrounding polygenic risk scores. That piece also made clear just what we face — and where we stand — re: AUD.

Alcohol misuse is one of the leading contributors to preventable mortality and morbidity worldwide. Identifying individuals at heightened risk for developing alcohol-related problems remains an important goal of medical practitioners. One important risk factor for alcohol misuse is one’s own genetic liability.

Yes, we knew about genetic liability. These fine minds — then and now — are endeavoring to enhance what we know about it. To fine tune our knowledge so that each and every factor is rigorously and accurately factored into the equation. This set isn’t content simply to know that Gene A + Gene A = Gene A; they want to solve all the genetic equations. This would consequently enhance our capacity to assess risk to an unfathomable degree.

By wisely applying these scores, we just may end up with a genetic windfall.

Healing Properties wishes to thank the numerous authors behind the above-cited studies, as well as the institutions that have made such research possible. The gene pool can be a murky place. Especially a gene pool filled with alcohol. And we’re grateful to have such an astute set of lifeguards on hand. That their work is also increasingly serving to safeguard at risk swimmers greatly compounds our gratitude. After all, it’s one thing to prevent a swimer from drowning; it’s quite another to prevent a swim from developing into a drowning.

Google is putting its might and its money toward the Ukrainian tragedy. In fact, they’re currently conducting a $5 million matching campaign. If you’d like to join us in joining them in helping the brave Ukrainians, this is the link.

Speaking of joining… Have you joined the ranks of the sober? Are you still thinking about it? Would you like some help with the decision? We’d be glad to hear you out. In fact, we’d be downright honored. Sure, we’ve been at it for 20 years now. But we still get a thrill every time another man joins our team. Why? Because we see what sobriety can do for a man. We also see how it affects their family and friends. And it is simply wonderful.