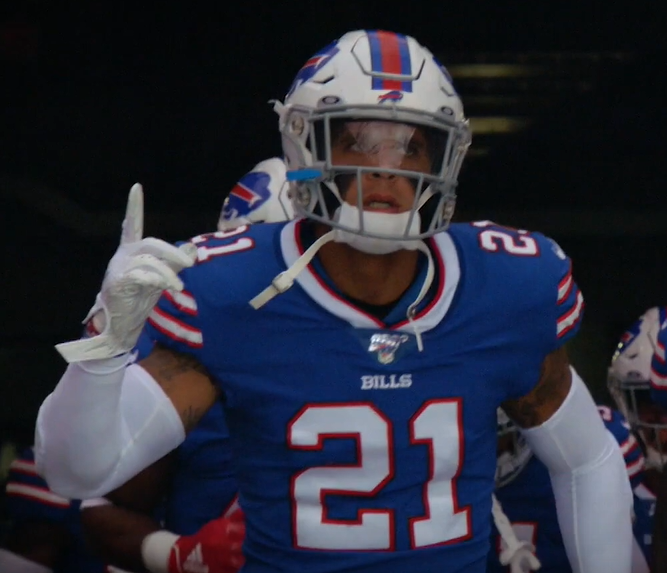 Nobody would’ve blamed Jordan Poyer for going on a bender back in 2019. After all, it did almost seem that his team threw away their best chance. Buffalo Bills ahead by 16 at the half. The rival Houston Texans at 0. The game looked like a lock.

But it wasn’t a lock. In fact, games are never a lock. No matter how much one team appears to be beating another. Overconfidence can crush you. Hubris can rip a win right from your hands. And fortunes, well, they can turn on a dime.

Poyer wouldn’t realize all this till he got good and drunk — and then got good and sober. The drunk lasted five straight days. The sobriety has lasted a full year. So far. The way said sobriety seems to be impacting Poyer’s life and career though, we’re thinking it’s really only just begun.

Jordan Poyer is one of those rare talents who seem to excel at everything. And by excel, we do mean excel. The Oregon State All-American was drafted by the Philadelphia Eagles and spent three years with the Cleveland Browns before finding his rightful place in Buffalo. What many folks don’t know though is Poyer was also selected by the Florida Marlins in the 2009 Draft. And yes, he was still in high school.

At Buffalo Poyer’s really stepped up and become a player, in every sense of the word. In fact, he helped the Bills reach the playoffs his very first year with the team. And thought Buffalo lost to Jacksonville in that 2017 Wild Card Game, the Bills would return to the playoffs in both 2019 (Wild Card loss to the Texans) and 2020 (Wild Card win over the Colts; Divisional win over the Ravens; Championship loss to the Chiefs).

It was that 2019 OT loss to the Texans though which truly pushed Poyer over the proverbial brink. Frankly, the Bills entire team probably should’ve been — and were — mortified. After all, it was Buffalo’s sixth consecutive playoff loss since a 1995 win over Miami. But Poyer somehow seemed to take the loss personally. At least if his subsequent five day bender is any indication.

Poyer didn’t play the blame game for long however. He didn’t sit and stew too long either. He did get to work though. And so did Buffalo. Big time. Because the next year he and the team would go on to face KC in the Championship Game. And Poyer would have the best season of his career.

Healing Properties gives huge props to Jordan Poyer for achieving his first year of sobriety. We also give him huge props for both coming clean in public and then offering to help anyone who asks. The more folks show that alcoholism is nothing to be ashamed of, the more folks will reach out for help. That’s especially so when the person setting the example is a bona fide NFL star.

How about you? Are you inspired to see Poyer reach his first year of sobriety? Have you experienced the same thing? Would you like to? Are you ready? It’s possible you know, regardless of what you’ve endured. It’s also life-changing. Just ask Jordan Poyer. No, really. Ask. Because if you hit his Instagram page, the man will answer directly.

(The above is gleaned from reports made by Paul Ross at WKBW and Lauren Hall at WGRZ, plus of course the ever wonderful Wiki. We thank them all!)