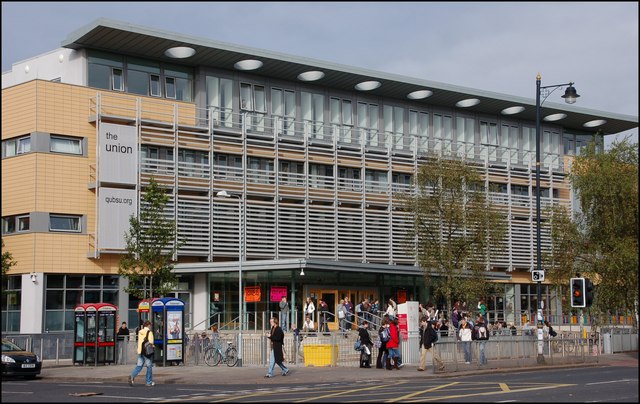 It makes perfect sense for the U.S. Drug Enforcement Administration to issue a guide to Campus Drug Prevention. It makes even more sense for the agency to be awarded for it. After all, they’ve been on the case since 1973.

Many kids start in with drugs or alcohol during high school. A few begin dabbling even earlier. But for the most part, full-on substance misuse and abuse generally doesn’t kick in till college. There, away from their folks for the first time ever, kids seem to think they’ve got a license to do as they please. And too many take that license to a literal extreme. The results, as we’ve all seen, can be catastrophic — for the student, as well as the family.

The DEA calls it “a roadmap for college -and university-based prevention professionals to collaborate with a wide range of stakeholders, from students to administrators, to address campus-wide drug misuse issues.” We call it cause for Congrats! The National Association of Government Communicators calls it something too — worthy of honor. Consequently the association got together and gave the DEA an award. And not just any award either. But the coveted Blue Pencil and Gold Screen Award of Excellence. Considering the agency was up against a nationwide network of government communicators (from boroughs, towns, cities and states, in addition to all manner of local, state and national civic organizations), it’s quite a remarkable win.

The DEA’s 156-page Guide covers everything from the History of Drug Legislation and its impact on college campuses to Cultural Competence and Sustainability. There are Chapters on How to Assess Drug Misuse, How to Prevent Drug Misuse and How to Implement a Successful Drug Misuse Prevention Program. There are also various Evaluation guidelines, as well as expert Advice for both New and Established Professionals.

In fact, that advice chapter features an especially robust chat with New York State University at Albany’s Dolores Cimini. Cimini is the Director of the SUNY school’s Center for Behavioral Health Promotion and Applied Research. As such she “promotes the behavioral health of University at Albany students by advancing innovative, evidence-based practices that address alcohol and other drug use, mental health promotion, and positive psychology, thereby enhancing the academic and personal success of our diverse student body.”

In other words, Director Cimini is the behavioral point person for SUNY Albany’s 17,544 students. We probably need not add that hers is an incredibly consequential post.

That’s undoubtedly why the DEA chose Cimini to close out their Campus Drug Prevention Guide. That and her 30 years of AOD misuse mentoring experience. That’s right, Director Cimini has been engaged in AOD matters for three solid decades. That means she’s not only seen the field evolve from response to prevention; she’s also had a hand in its evolution.

Director Cimini even says so (albeit without claiming any credit):

“We have steadily moved beyond traditional counseling services toward early intervention and universal intervention
that reflect a true public health approach and engages the entire campus.”

Healing Properties wholeheartedly applauds the U.S. Drug Enforcement Administration for its Campus Drug Prevention Guide; we also applaud the agency’s vision and foresight. Getting to young Americans before they get caught up will certainly help reduce the country’s continuous clamoring; that, in turn, should significantly help reduce the continuous flow of narcotics. Furthermore, the continuous implementation of such great good efforts will undoubtedly help keep our nation safe and sound.

We also congratulate the DEA on receiving the National Association of Government Communicators’ Blue Pencil and Gold Screen Award of Excellence. As mentioned, the agency had some considerable competition — in number and in expertise. And the win is all the more remarkable for both the count and the caliber of that competition. We also really admire the DEA’s capacity to effectively operate on every level of the drug issue. Yes, we know enforcement is a necessary priority (and a just and noble priority at that), but prevention is extremely important too. It’s terrific to see the DEA step up and prove it.

Finally, we’d like to sincerely thank the legion of great, good Guide-users, both off and on campus, current and future, for all the drug and alcohol prevention work they do on behalf of our country’s successive generations. We know our fellow Americans are also deeply grateful for your collective efforts. Thank you!

We’d be remiss if we didn’t also thank the crack Staff at NorthCentralPA.com before we go. It was their site that led us to the DEA’s award win, and their work that spurred this story. So to them we issue a hale and hearty Thankyouverymuch! And we ask that everybody please support local journalism whenever and however you can.

If you or someone you love is having problems with drugs or alcohol, please give us a call. We would very much like to help.

(Image: © Copyright Albert Bridge and licensed for reuse under this Creative Commons Licence.)