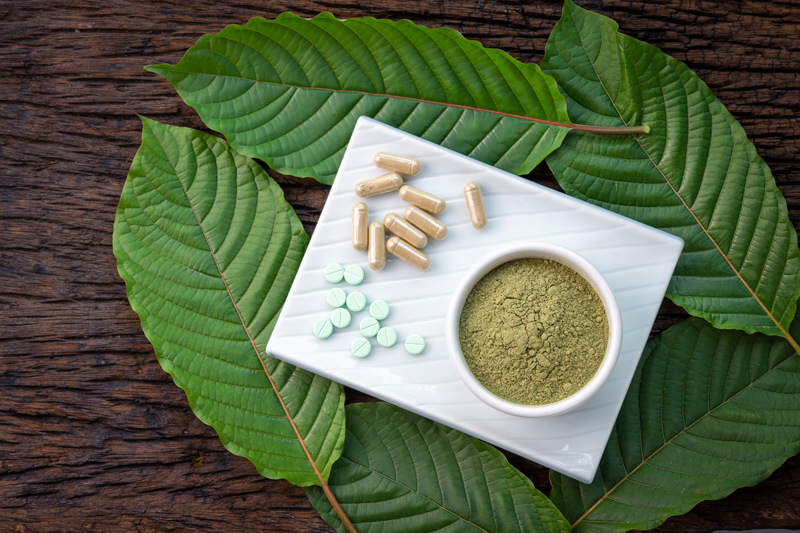 Can Kratom Kill You?

The CDC just tied kratom to nearly 100 overdose deaths. Others however say the herbal drug is benign. Now everybody’s asking, can kratom kill you?

Kratom is a tropical evergreen tree native to the Southeast Asian countries of Thailand, Indonesia, Malaysia, Myanmar and Papua New Guinea. It’s scientific name is Mitragyna speciosa. To many though it’s known as Biak, Ketum, Kakuam, Ithang and Thom.

Kratom has long been a part of traditional South East Asian medicine. Chewing the leaves is said to relieve musculoskeletal pain and heal wounds, as well as treat coughs, diarrhea and intestinal infection. Kratom also reportedly increases energy, appetite and sexual desire in ways similar to khat and coca. In fact, workers often use kratom to stave off exhaustion, as well as to enhance moods and kill pain. Thais also traditionally employed red strain kratom in ritual worship ceremonies. Some may still do so.

Things are decidedly different in the United States, where kratom is sold in head shops, gas stations and over the internet. Here the so-called herbal supplement generally comes packaged as tablets or capsules that are often labeled “Not for Human Consumption.” Well, that’s how kratom comes in most states anyway. It’s illegal in Alabama, Arkansas, Indiana, Vermont and Wisconsin. The U.S. Army forbids its soldiers from using it too.

Kratom can take you up or down. Small doses act as a mild stimulant. Moderate doses produce opioid-like effects. In high doses, kratom can knock you out.

Mostly though, kratom simply knocks you out of sorts. In fact, the National Institute on Drug Abuse (NIDA) says the most common clinical effects are agitation and irritability, tachycardia, nausea, drowsiness and lethargy, vomiting, confusion and hypertension.

In other words, a risk between bad and worse. But nevertheless a risk.

How high a risk? NIDA’s study says 32% of kratom exposure cases resulted in hospital admission. A full 52% resulted in a serious medical outcome.

“Follow the science,” says Charles Haddow. “Kratom itself is safe.” Then again, he would say that. See Haddow is senior fellow of public policy for the American Kratom Association. And if anyone wants to ensure kratom stays available to Americans it’s the AKA.

Advocates such as Haddow continuously brag about kratom’s low toxicity. They also say it’s much easier to kick than opiates. In fact, supporters insist kratom has all the addiction characteristics of caffeine.

If by “low toxicity” the kratomites mean only 682 kratom poisonings throughout the entire 2017, well, they’re right. There were only 682 reported poisonings that year. And that was only a 50-fold increase from 2011.

If kratom advocates are referring to the nearly 100 overdose deaths in which kratom was a factor, well, they’re kind of right there too. The U.S. Centers for Disease Control (CDC) says there were 91 fatal kratom-related overdoses over roughly that same period. That’s versus 27,388 overdose deaths as a whole.

Ninety-One deaths out of 27,388 might not sound like a lot, especially since only seven of those were solely caused by kratom. (The rest also included drugs such as fentanyl or cocaine.) But we at Healing Properties say it’s 91 too many. Heck, one fatal overdose is one kratom victim too many. We also don’t abide by poisonings, 682 or otherwise. We can’t even count how many times kratom has led to relapse (which, in turn, creates even more overdose risk).

“There’s a general feeling, I think, that this is a natural substance, so it’s safe,” says Henry Spiller, Director of the Central Ohio Poison Center. “But we need to get across there are risks with this. [Kratom] is a real potent substance.”

If you or you loved one is experiencing substance abuse issues, with kratom or otherwise, please give us a call. We’re here to help, 24-7.