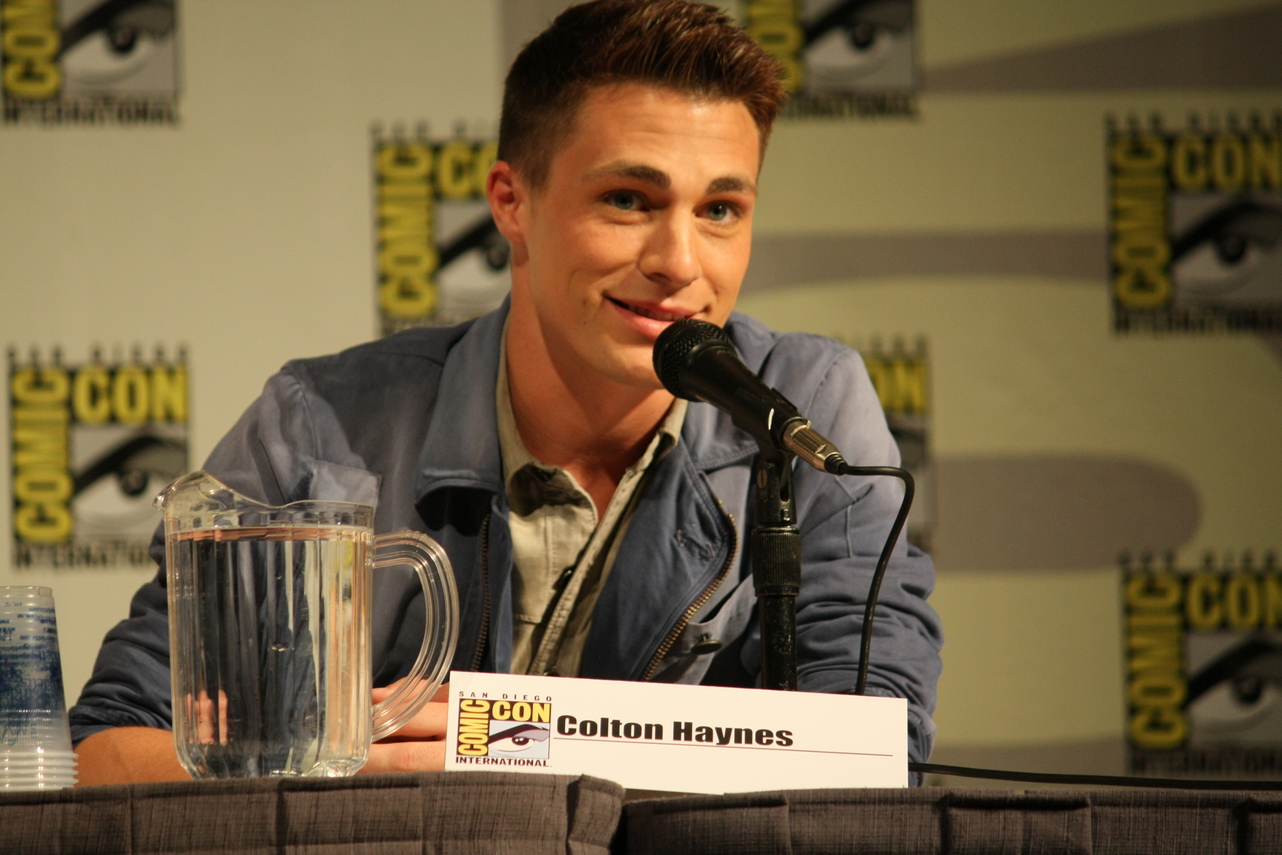 It apparently isn’t easy being Colton Haynes. At least not if his new memoir is any indication. Because there we learn that Haynes not only basically drank himself off of the show Arrow, but he nearly drugged his way into oblivion. That’s right. In addition to bouts of extreme binge drinking, Haynes suffered a near fatal overdose. And those stories and more can be found in his just-out Miss Memory Lane (Atria).

Colton Haynes’ problems seem to have begun before he was even born, which was either in Wichita or Andale, Kansas. Nobody exactly knows. Haynes said his parents were “free-spirited hippies,” so perhaps birthplaces are simply something they don’t care much about. Whatever the case, Wiki tells us he’s got five siblings, grew up on a farm, and attended three different high schools in three separate states. It also says his father was married seven times.

Haynes first came out at 14. But when his mother reacted negatively he ran away from home. When his father then committed suicide, the teen was told he did so because of Colton’s homosexuality. Hollywood types later would insist Haynes keep his sexuality under wraps during his early career.

Haynes publicly came out a second time in an Entertainment Weekly interview in May 2016.

The next year Haynes married celebrity florist Jeff Leatham and was nominated to Out magazine’s “OUT100.” But their marriage wouldn’t last. Neither would Haynes’ piece of mind. His mother died in 2018, his divorce was finalized in 2019 and he lost a sister to cancer in 2020. In 2019 though, Haynes got sober. But not before a seven-day bender in a Beverly Hills hotel room bender got him committed to Cedars and placed under a three-day involuntary psychiatric hold. And not before a nearly ruptured kidney, a partial loss of sight, two life-threatening seizures and four months in rehab.

“After a week at Cedars, I still couldn’t walk,” he writes. “A doctor told me that I’d taken a near-lethal dose of Xanax on my final bender, of which I had no recollection; it didn’t sound like something I would do, but I had to admit that I didn’t recognize the person I’d turned into. I had no idea what his intentions were.”

So yeah, you could say the sobriety was a long time coming.

“In 10 years, there were maybe 25 days I didn’t drink. I remember when I started, it was a couple glasses of wine, and it regressed into really dark times.”

Haynes is reportedly still sober to this day.

Colton Haynes landed roles in two hit television shows early in his career – Teen Wolf and Arrow. He left both shows – by his own volition. In fact, Haynes left Arrow not once, but twice. Really.

When Haynes left Teen Wolf, it was apparently over a contract dispute. He now says the producers wouldn’t pay him the same as the other cast members. He also says that his then representatives made life hell for the Teen Wolf production team. And that he himself loved every minute of his time with the show.

Haynes consequently will be returning for Paramount +’s Teen Wolf: The Movie.

As for Arrow, well, Haynes first left because of mental and physical health issues. He apparently had pushed himself as far as he could go. Remember though, Haynes was still drinking and drugging then, so that could have contributed. Whatever the case, though Haynes had been upgraded to series regular for Season Two, he left Arrow at the end of Season Three. He did however make one guest appearance in Season Four.

The second Arrow departure was much different. Haynes had returned as a regular for Season Seven. But left the show at the end of just that single season run.

“I had walked away from my full-time job on Arrow at the beginning of the year, supposedly because my contract had ended,” Haynes writes in his new memoir. “But it was really because I was too depressed, and I couldn’t stand working with one of my cast mates.”

Yep, one of Haynes’s Arrow cast mates rubbed him the wrong way, so he made haste and left the show. The move probably saved his sanity – and his sobriety. It also probably led to his being able to return in a recurring capacity for Arrow‘s final season.

Healing Properties applauds Colton Haynes’ capacity to stay the course, regardless of what’s thrown in his path. And to then succeed despite the obstacles. We also applaud his sobriety. Four years is no easy feat, for anyone in recovery. To pull it off in the middle of competing maelstroms is remarkable indeed. To pull a memoir out of the fire too only makes it that much more so. Congratulations!

How about you? Are you suffering from substance abuse? Too much tequila and Xanax in your life? Why not try an easier, softer way? Haynes did. And he’s now doing better than ever. You could be doing likewise. All you’ve gotta do is call.

So, what are you waiting for?