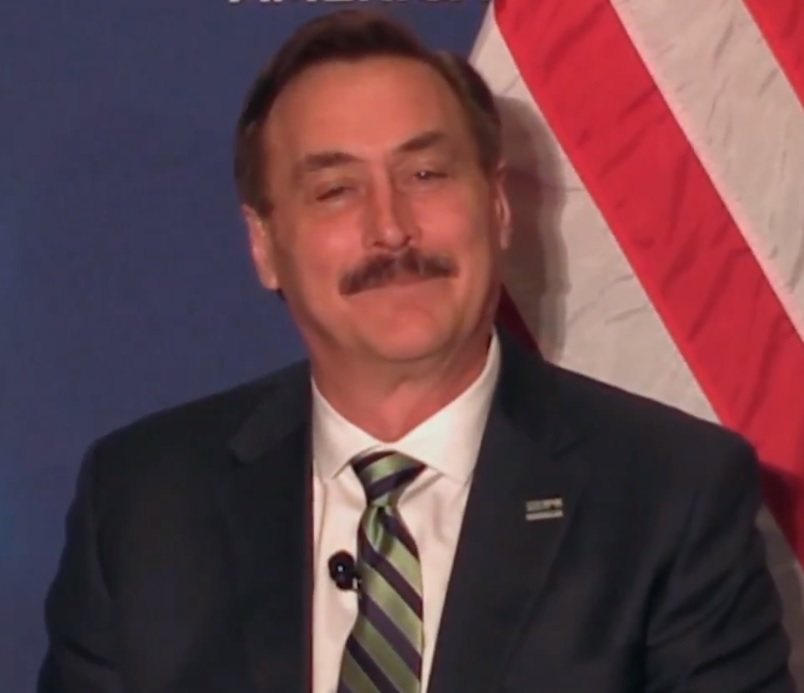 From Crack Addict to Pillow King: The Crazy Tale of MyPillow

If you’ve even been near a TV in the past seven years or so then you’ve seen the face of the man behind MyPillow. What you probably don’t know is that the man in that ubiquitous infomercial used to be a crack addict.

That’s right. Michael J. Lindell. The founder and face of MyPillow. Used to be a bona fide crack addict. Now he’s one of the country’s most successful entrepreneurs!

MyPillow wasn’t Lindell’s first get-rich-quick scheme. It was just the latest. He tried carpet cleaning after his sister’s apartment got flooded. He tried counting cards in Las Vegas till he got bounced out of a casino. Lindell even tried raising pigs (no foolin’). Then the pigs broke out of their pen and he lost everything. After the pigs, Lindell bought himself a lunch wagon. Then he realized that food trucks work best for people who know how to cook.

Then came the bars. Lindell started out as a bartender. Then he bought a bar of his own.

“Probably wasn’t a real good idea at the time,” he says, “because I was an addict. A pretty hard-core cocaine addict at that.”

In fact, when Lindell launched MyPillow he was still running a few bars in Minneapolis. Then he had what can only be described as an epiphany.

The year was 2004. Lindell awoke in the middle of the night to find his house covered in MyPillow. Seemed he dreamed of the concept — and the company — then proceeded to scrawl the name all over his walls.

Convinced the dream came from God himself, Lindell dove in. He and his son Darren spent untold hours cutting up foam and testing configurations before finding the right mix. Lindell even taught himself to sew. A few dozen pillows in they were ready to launch.

Bed, Bath and Beyond turned him down flat. Threw him out of the store in fact. So Lindell borrowed $15K and opened a kiosk in a local mall just in time for Christmas. They only sold 80 pillows.

Fortunately one of those pillows went to a man who ran a Minneapolis home show. He liked Mike. He also liked MyPillow. So he invited him to set up in the next show.

MyPillow grew. And kept growing. For awhile the growth was enough to keep Lindell’s cocaine use at bay. Then came crack. And that was the end of the functioning addict.

Lindell lost his wife and his house. He also almost lost MyPillow. But he couldn’t stop smoking crack. In fact, Lindell kept smoking crack even after his dealers cut him off. Then one day he hit his knees and prayed. “God, I want to wake up in the morning and never have the desire again.”

“I woke up the next day and I go, ‘Wow, something’s different,” he says. “You’ve got to realize this is after years of crack addiction.”

Two years later Lindell had another dream. This one advised him to try infomercials. The rest, as they say, is business history. That first year MyPillow went from five employees to 500. The company now boasts over 1500.

From Crack House to White House

Okay, Lindell’s book isn’t called From Crack House to White House. It’s not called From Pig Pens to Mar-a-Lago either. But it could be. Lindell was a crackhead, as well as a pig farmer. He’s also one of President Trump’s best buddies. A fact the man makes a point of blasting every chance he gets.

Politics aside, there’s no denying MyPillow’s incredible success. There’s also no denying Lindell’s own accomplishment, both professionally and personally. This man not only built a multi-multimillion dollar company, but he also kicked crack. Some would argue that kicking crack was by far the harder of the two.

Whichever the case, Lindell’s success was a longshot. A real longshot. That’s obviously why his autobiography is called What Are the Odds? Yes, what are the odds a crack addict builds a multi-multimillion dollar company then gets sober? Hard telling. But Lindell proves it can be done. Proof he must feel each and every night when he rests his weary head on MyPillow.

Healing Properties has been battling addiction since 2002. Since then we’ve helped thousands upon thousands of men succeed in sobriety. If you or someone you know and love is having difficulties with any kind of substance abuse, please give us a ring at 561-563-8882