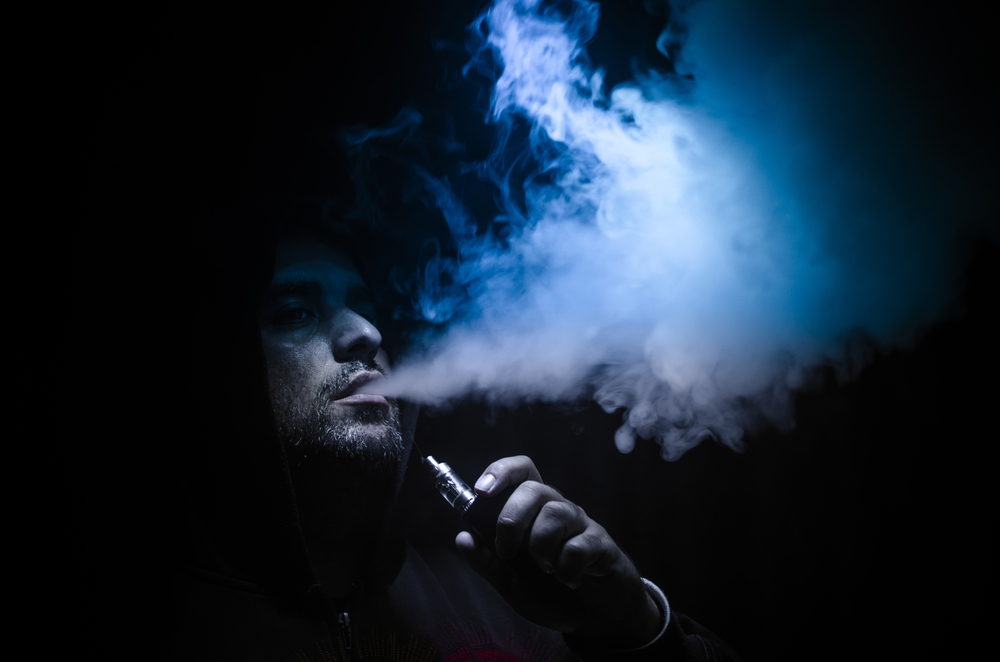 Harm reduction programs generally involve free Narcan and some needle exchanging. A few may even provide safe injection sites. But some harm reduction advocates say efforts need to go further. Much further. In fact, they’re even calling to include prescription cocaine, as well as the vape through which to smoke it. Critics say that’d be nothing more than a crack pen. Advocates say it could actually save lives.

Could this really be the future of addiction treatment?

Crack pen. The name alone sparks images of addicts huffing and puffing their way into oblivion. But two German addiction treatment specialists disagree. They think controlled cocaine smoking will not only keep people safe, but it’ll also help lead them into treatment. They might have a hard time selling the idea to the general public though. Who knows how much grief they’ll get from lawmakers.

And yet toxicologist Fabian Steinmetz and addiction research professor Heino Stöver are pushing ahead anyway. They’ve even conceived a delivery method. It’s called a cocaine e-cigarette. And while that sounds a whole lot more palatable than crack pen, it still represents a helluva push ahead.

We found out about the forward-pushing premise from Troy Farah over at Discover Magazine. Farah seems to be the forward-looking mag’s resident forward-seeker, at least so far as mind-altering substances are concerned, so it makes perfect sense that he’d be covering the crack pen. It also makes sense that he’d be taking the notion seriously. After all, he’s a serious reporter.

And addiction is a very serious issue. The European Union saw 5100 drug-induced deaths in 2019 (the number jumps to 5700 when non-EU members Norway and Turkey are factored into the equation). The United States saw around 20 times that number. So if ever we needed to get seriously forward-pushing, that time is now.

It might also be wise to tap the noggins of those whose countries are better handling the problem. And no matter how you gauge it — or what you may think of the methods — Germany has certainly been better at handling addiction.

Hence Messrs Steinmetz and Stöver. The two gentlemen recently laid out their crack pen premise in the journal Drug Science, Policy and Law. The paper was entitled The cocaine-e-cigarette – A theoretical concept of a harm reduction device for current users of smokable cocaine forms. And its premise — and promise — is that such a device would not only mitigate the harms of smoking cocaine, but it may also steer people toward treatment.

We know what you’re thinking: the device sounds like nothing more than a vape. That’s probably because it is just that: a battery, a liquid-heating atomizer, and a cartridge. Only in this case the cartridge would contain cocaine rather than nicotine.

You won’t be the first to say using a cocaine vape to mitigate the harms of smoking cocaine through a crack pipe sounds a bit counter-intuitive. You won’t be the last either. But there’s more to the story. A good bit more. And it begins with the brains behind the bright idea.

Dr. Stover is more man-on-the-street. His post as Professor of Social Scientific Addiction Research at the Frankfurt University of Applied Sciences puts him in touch — and in tune — with today’s generation of doers and seekers. His experience also gives him know-how. Why else would he be consulting the European Commission, the United Nations Office on Drugs and Crime (UNODC), the World Health Organization (WHO), the European Monitoring Centre for Drugs and Drug Addiction (EMCDDA), the International Committee of the Red Cross (ICRC) and the Open Society Institute (OSI)?

The acute-minded professor and his keen computational colleague surely know young folks like to vape. The two also surely know the kid like to vape drugs. And while most of the drug-vaping is of the more hug drug variety (DMT. MDMA, aka “X”), they know some young folks are vaping cocaine too.

Farah says the cocaine e-cig is an example of a harm reduction concept called “safe supply.” Safe supply suggests replacing black market drugs with a pure, prescribed version reduces the risk of overdose and death. Such programs already exist in Europe and Canada, albeit in small numbers. But all those that do exist are targeted to opioids.

In fact, the U.K., Switzerland, Canada and Germany all offer heroin-assisted treatment programs. Word is they actually work too. Participants not only do less drugs, but they do less dangerous forms of the drugs. More, keeping the users close at hand increases the likelihood of treatment.

University of British Columbia public health professor Mark Tyndall knows a bit about what’s what; he’s been running a safe supply program in Vancouver for the last two years. The program currently provides injectable Dilaudid via touchscreen vending machines to about 70 patients. Of the 70, Tyndall has already seen a good few graduates, in addition to a significant amount of decreased use.

“It’s a drop in the bucket as far as need goes [though],” he told Farah. “Clearly what we’re doing now, the incremental progress that we think we’re making, is not making enough difference.”

Nevertheless, it’s certainly a step in the right direction, no?

Tyndall apparently has also a been kicking around the idea of a dope pen (that is, an opioid e-cigarette), but, like the crack pen, writes Farah, it’s just an idea. Still, since around 30-40 percent of B.C. opioid addicts smoke their opioids, it’s not a bad idea at all. It may even be a good one. Smoking prescription dope has gotta be a lot safer than injecting street drugs.

Yet even the most forward-looking countries don’t seem to be entirely sold on safely supplying opioids. In fact, Steinmetz told Farah that only 10 German physicians currently prescribe heroin, despite heroin-assisted treatment being approved throughout the whole country.

If progressive physicians have issues with such Medication-Assisted Treatment while an opioid epidemic is raging, it’s difficult to see that many would support the prescription crack pen.

Nevertheless, we do need different strategies. Clearly. Whether that means safe supply heroin and cocaine or simply more supervised consumption sites, naloxone distribution programs and needle exchanges, something simply must be done. Our country can’t stand another 100,000 overdose deaths this year.

Healing Properties doesn’t know if the crack pen will work. We do know though that crack-pen-thinking is needed. And we fully support the addiction fighters who dare to come up with such Next Gen ideas. We also fully encourage their efforts, wherever they may lead. Sure, we simply use community, Steps and abstinence. We achieve a positive success rate too. (Thank Zeus!) Yet that doesn’t mean other methods can’t also work. We’ve got to try. Too many people are still losing their way. So we’ll stand behind anyone whose efforts could potentially save more lives. We’ll stay standing behind them too.

In the meantime people need help and they need help now. If you happen to be one of those people, please give us a call. We’ve learned a thing or three over the last 20 years. We’ve also learned how to make those things add up to sobriety. It’s a great equation. In our eyes, The Great Equation. And we’d be thrilled to make it figure for you too!