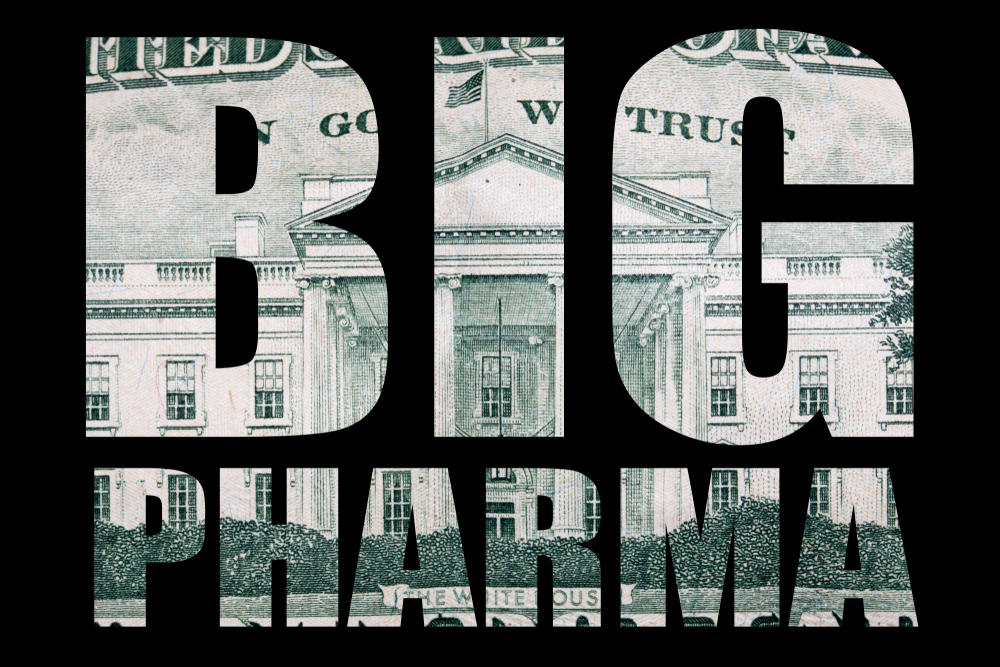 Who do you think decides whether you live or die? It’s a weighty question. In fact, it’s about as heavy as questions get. It’s also pretty much unanswerable. Or is it? Some folks say they know who’s calling the shots. No, not God. Not Fate. And not even Big Government. They believe it’s Big Pharma. That’s right. Big Pharma.

That’s the notion put forth by World is One News (WION) Executive Editor Palki Sharma anyway. It’s quite a compelling notion too. It also makes perfect common sense. After all, Big Pharma controls the medicines that either make us well or kill us. All the medicines. That gives it first and last word on whether folks live or die. In fact, Big Pharma’s been calling live or die shots for quite awhile now; they’re simply to shrewd to boast about it.

Early Origins of the Term

It might surprise you to learn the term shot caller officially only dates back to the 1960s. That’s apparently when the phrase first appeared in print anyway. It might also surprise you to learn the term originated with military marksmanship training. Yep, it refers to the either the shooter or the trainer calling the next shot (target). Of course, hitting the called target emphasizes the shooter’s prowess. It also gauges where they’re placed on the kill team.

The phrase was similarly used in billiards (aka pool). In fact, many people believe the phrase actually originated with pool. Research seems to indicate otherwise. Really though, we simply don’t know.

Not so now though. These days “shot caller” emphatically belongs to prison gang leaders. Indeed, it is the prison gang leader who now personifies the term. And woe to those who fail to recognize that preeminence.

The shot caller is directly responsible for keeping the peace (between gangs and guards), as well as overseeing all the gang’s criminal activity (inside and often outside the walls). And though the term has begun to be used by other gang higher-ups on the outside (in addition to other unaffiliated criminal units), it is behind the walls at the head of a gang where the term continues to hold true dominance.

The term’s clear criminality makes it perfectly applicable to Big Pharma. For Big Pharma has indeed become absolute shot callers. It is they who decides which drug-related laws do or don’t get passed, as well as which drugs do or don’t become approved. They also decide what messages get spread, what information gets served, and whose evidence to believe. In other words, Big Pharma tells folks what to do and when to do it. Not just any folks either. But doctors and pharmacists and federal officials, both elected and appointed. And woe to those who don’t follow suit.

Sound familiar? It should. Because it’s the exact same job description that applies to a prison gang’s shot caller.

We know the why. After all, would you ask a drug dealer why they dealt drugs? Of course not. They deal drugs because it brings them money and power. Simple as that.

The same applies to Big Pharma. They’re in the drug game solely for the money and power. That’s it. Most of the time they’re quite slick about it. Controlling the development and the prices without calling undue attention to themselves. Every once in awhile though, a dealer makes a wrong move. Then the world wants blood.

Take Pharma Bro Martin Shkreli, who Sharma first puts up for example. Shkreli somehow got his greedy mitts on the rights to an anti-malarial drug called Daraprim, which by then had been cross-purposed to treat AIDS-related maladies. At the time the drug sold for $13.50 a pill. Shkreli hiked the price up to $750. That’s an astonishing 5000%.

Shkreli later told reporters his only mistake was not raising the price even higher (“That’s my duty.”). No matter. He’d raised the price enough. Enough to become the most hated man in America anyway. He also raised it enough to attract the attention of Congress, including Senator Bernie Sanders (then running for president) and Representative Elijah Cummings, who both called Shkrelli to the task.

Congressional members weren’t the only ones out for a pound of Shkreli’s scaly flesh. He’d also drew the ire of both the Federal Trade (FTC) and the Securities and Exchange Commissions (SEC), as well as various other state and federal authorities. And when all was said and undone, he was convicted of two counts of securities fraud and one count of conspiring to commit securities fraud, sentenced to seven years in federal prison, plus ordered to pay $7.4 million or so in fines. And while the conviction was unrelated to the Daraprim controversy, it still felt a little like justice. It felt even more like justice when Shkreli was fined a further $64.6 million in a consequent civil case.

(Another $40 million was awarded to Daraprim victims after the FTC joined the states of New York, California, Illinois, North Carolina, Ohio, Pennsylvania, and Virginia in a federal price-gouging suit of Shkreli’s Vyera Pharmaceuticals.)

Naturally, no Big Pharma expose would be complete without addressing the Opioid Epidemic, and here Sharma is equally and duly diligent. You know about Purdue Pharma and their equally voracious compatriots. Heck, we’ve written about them a half dozen times ourselves. We’ve even written about the writers who’ve written about them. Then again, when an overdose death toll tops 100,000 and affects every imaginable walk of life, how could we not? That was our duty. Still, we won’t rehash the news now. Besides, Sharma provides quite a nice refresher on this particular Gravitas Plus segment.

We will however mention another smarmy Big Pharma matter Sharma brings to light. (Or at least to our light.) It involves Aduhelm (aducanabad), a landmark Alzheimer’s treatment medication developed by Biogen. The company initially slapped a 56K a year price on the medication, despite it having no proven efficacy. None. In fact, FDA advisors had even voted against its approval. Yet the drug somehow sneaked through. Three advisors consequently resigned in protest, including Aaron Kesselheim who said “I didn’t think that the firm recommendations from the committee in this case were appropriately integrated into the decision-making process.”

How does the FDA come to approve medications its very own advisors caution against? Well, as Sharma so succinctly makes clear, 45% of FDA’s entire budget comes from Big Pharma user fees. That’s right. The foxes are bankrolling half the hen-house’s upkeep.

People were nevertheless alarmed. And not just the FDA advisors either. In fact, Congress even launched an investigation. It turns out though that Congress is also beneficiary of Big Pharma dollars. A lot of dollars. According to Sharma, during the 2020 election cycle, 356 lawmakers received Big Pharma contributions. The total? Roughly $11 million. That figure doesn’t include lobbying efforts though, which totaled nearly $5 billion (yes, billion) over the past 23 years, “far outpacing every other industry.”

By definition only one other industry operates with the same cutthroat pricing and intimidation tactics — drug cartels: “Big Pharma is the New Drug Mafia,” says Sharma, “there is no other way to describe them.”

Is Big Pharma Too Big to Fail?

In the days since Sharma’s WION Big Pharma expose, Medicare has decided it won’t pay for Aduhelm until Biogens conducts new trials. That’s great news. But it also makes one wonder just how many other Aduhelms have slipped on to market before outside forces were able to check their play. Furthermore, what’s to stop other such incidents from happening in the days ahead? After all, Big Pharma certainly isn’t going to change course simply because of a single setback.

Before Shkreli was publicly drawn and quartered, he was interviewed at the annual Forbes Healthcare Summit. The onstage interview — which healthcare reporter Dan Diamond called “at turns fascinating, horrifying, and utterly compelling” — the Pharma Bro made painfully clear that his job wasn’t making patients better, it was making them the most dollars.

“My shareholders expect me to make the most profit,” Shkreli told Forbes reporter Matthew Herper. “That’s the ugly, dirty truth… [and] that’s what people [in healthcare] are afraid to say.”

And with that the Pharma Bro summed up Big Pharma’s primary raison d’être. Money. Just like their Big Cartel counterparts. In fact, the only differences between the two seems to be the Cartel’s transparency. The Cartels freely admit where they’re coming from. Big Pharma? Not so much.

Sure, they’re are well-meaning people working within the pharmaceutical industry. But with so much money on the line, it’s hard to believe those folks are permitted the leeway or latitude to truly follow their benevolent dreams. And even if or when they are, what chance is there that the dreams end up benevolently fulfilled?

It’s terrific to see Shkreli see some comeuppance and Biogens to receive some serious pushback. But those are just two of many many horror stories. Heck, had both miscreants not been so clumsy, those stories might even have had happy endings — for the bad guys.

We can’t count on culprits being clumsy though. Not anymore. We just can’t. Too many people are going broke simply to stay afloat. And too many others are drowning before they even get to a boat. Congress needs to call Big Pharma to account. Once and for all. Unfortunately, it won’t happen till there’s real value in the calling. There are ways though — votes, protests, letters, etc. Whatever risks the lawmakers’ positions. Because only then will the pharmaceutical industry receive the real retrofit it so desperately needs.

Healing Properties is committed to saving lives. That includes calling stakeholders to account. Next week we’ll look into some of the ways we can fight Big Pharma. Ways that just may loosen its grip on our necks. After all, we want our stricken neighbors to truly live again. Meantime, if you need addiction help, please give us a ring. We can address that issue immediately. And then you can get back in the fight for your own life. Because only then will you too be able to help others. And we’d very much like to have you fighting by our side. Whaddya say?