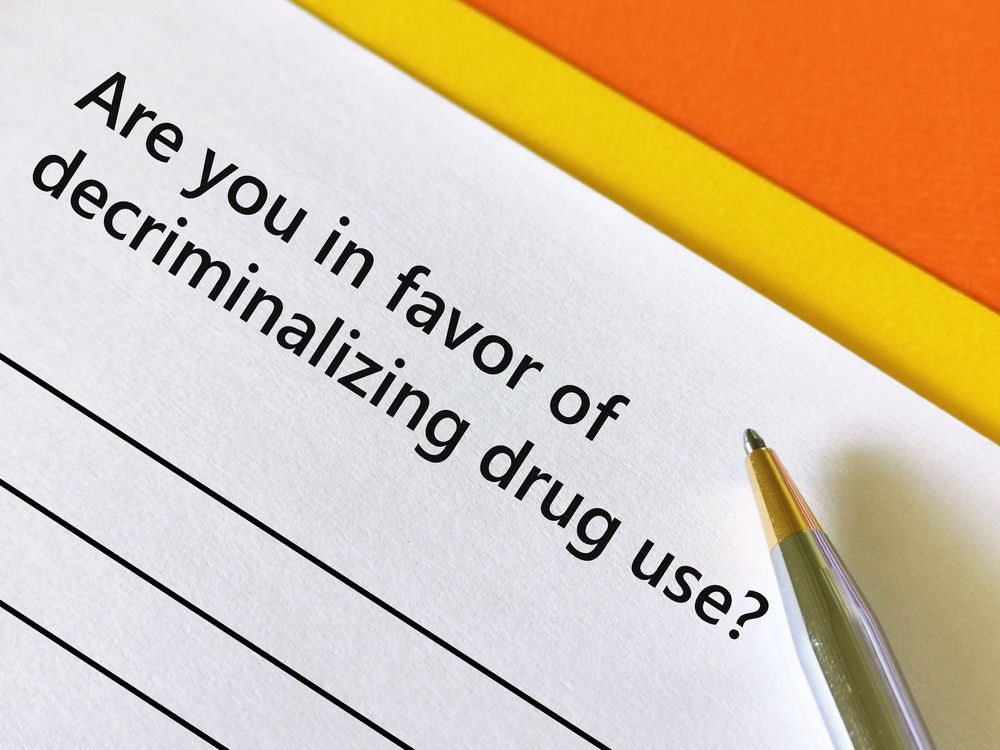 Does Decriminalization Really Save People? In a Word: Yes!

Morgan Godvin is most certainly so inclined. She’s doing something about it too. No, not simply because she’s been through jailhouse detox (though there is that). And not simply because she’s got good uncommon sense (though there is that too). No, Godvin is doing something because it’s beyond about time something gets done. And because what needs to be done won’t do without first-hand knowledge and get-it-done attitude.

In enter Godvin, who’s simultaneously serving on three — count ’em! — staked boards, including the Oregon Health Authority’s Measure 110 Oversight and Accountability Council. That means she’s part of the team which ensures resources go to the right place at the right time for all the right reasons. It also means she’s among those who are giving the state’s addiction-fighting mandate an actual fighting chance.

An Ace on the Case

Godvin’s story isn’t completely unique. Not in substance abuse circles anyway. It is, however, utterly remarkable. It’s especially remarkable when one considers the array of obstacles that had to be overcome in order to tell it.

See Szalavitz’s latest book is Undoing Drugs: The Untold Story of Harm Reduction and the Future of Addiction (Hachette Books). Prior to that she racked Unbroken Brain: A Revolutionary New Way of Understanding Addiction (Picador). Before, during, after and since, the longtime TIME staffer has consistently delivered compelling addiction-related copy to The Times, as well as a plethora of other top shelf outlets, including The Washington Post, Newsday, New Scientist, Newsweek and New York.

In other words, the ace knows a thing or three about the substance abuse field. And when decriminalization became the subject within the subject, she knew immediately that Godvin’s story had just the right resonance to help make the case. In fact, she knew that Godvin herself had the goods too.

The Making of a Gal Wonder

The story starts back in June 2013. The place? Oregon’s Multnomah County Inverness Jail. Godvin had signed-up to be locked down while she was fighting a federal drug rap. Why? She figured a little jail time would help free her from addiction. The idea actually isn’t as crazy as it may sound. A lot of addicts figure jail can double as a recovery facility, especially if the down time is in tandem with some Medication-Assisted Treatment (MAT).

Here she figured wrong. Real wrong. When Godvin “requested her prescribed addiction medication [emphasis added], the nurse ‘just laughed.'” So, rather than being provided what’s considered “gold standard” medicine to help with withdrawal, Godvin was forced to kick cold turkey.

It was a frigid next few days.

It took two more years, four more arrests, and, one suspects, a few more icy nights before Godvin was able to fully stick to recovery. Then again, when two years of county time precedes two years of fed time recovery can start to become pretty manageable. Oh, it’s not that drugs aren’t available, mind you (drugs are generally easy to get, no matter what side of the wall you’re on). It’s more like the walls set you straight.

Well, they set straight the smart ones. Or the lucky ones anyway. If you’re both smart and lucky — and you apply yourself — you might even bounce out of that steely bounce house. And when you do, you’ll fight for your right to live again.

Witness Godvin. By the time she was sprung her Spanish could keep up with her Big Housemates. She even wrote all about in for Vice. Then, the minute she was halfway-house-free, she’d enrolled in Portland State University, with a double major in public health and Spanish. Godvin hasn’t looked back since.

Now off paper (aka parole; early termination), Gilman’s got a book in the works, an agent to sell it, and an engagement editor position handling the American Prison Newspapers collection for the revered JSTOR Daily. She’s also one of Oregon’s most go-to addiction and recovery experts. That’s how and why she got on the boards of Oregon’s Alcohol and Drug Policy Commission and the Multnomah County Local Public Safety Coordinating Council, as well as the aforementioned Measure 110 Oversight and Accountability Council.

Godvin’s experience and expertise, one presumes, is also how and why she was reached by Szalavitz.

By decriminalizing personal-use drug possession, Oregon has become the first state to acknowledge that it is impossible to treat addiction as a disease and a crime simultaneously. This kind of model is urgently needed in the United States, where street fentanyl is the leading cause of death among people ages 18 to 45, and where sending people to jail for using drugs has failed to prevent the worst addiction and overdose crisis in American history.

And away we go!

Szalavitz’s words aren’t just a flex. Not in the least. Neither is her contacting Godvin. In fact, Godvin was Szalavitz’s perfect “case in point.” “Because possession of even a tiny quantity of drug residue was a felony in Oregon at the time of Ms. Godvin’s arrests,” she was fired, evicted, prevented from working everywhere from Mickey D’s to Grub Hub. Perhaps worst of all though, “she had to give up her dream of becoming a paramedic.”

Yep, despite the obvious fact that employment and housing are two of the most direct routes to real recovery, Godvin was denied both.

At the end of the dogged day, people just want to be people. All people. Granted a chance to be so, it stands to reason that they shall.

“[With decriminalization] people who use drugs will no longer be quite as set apart from society,” said Godvin, “which immediately improves health problems, reduces stigma and increases their access and willingness to participate in services.”

Take Portugal, upon which Oregon has based much of its decriminalization program. The country “decriminalized drug possession in 2001 and expanded treatment. [After it did so] heroin addiction rates, H.I.V. infections and overdose deaths declined, while youth drug use rates stayed the same as in comparable countries with no policy change.”

“American politicians would be singing hosannas if U.S. crime and drug use rates ever fell to the low levels now seen in Portugal,” adds Szalavitz.

And so would we, dear warrior reporter. So would we.

Yeah, we know. What’s all this do for me now? Well, unfortunately not a whole lot. Especially if you’re not in Oregon. But that doesn’t mean something can’t be done. You’ve still got options. You’ve just simply gotta look a little harder to find them. But if you’d give us a ring, we’d be glad to help spot those options; find one that advantages you. That’s right, even a Delray Beach sober home for men will be glad to help, wherever you are, whatever your issues. You don’t need to be a prospective client; all you’ve gotta to is ask. Really.