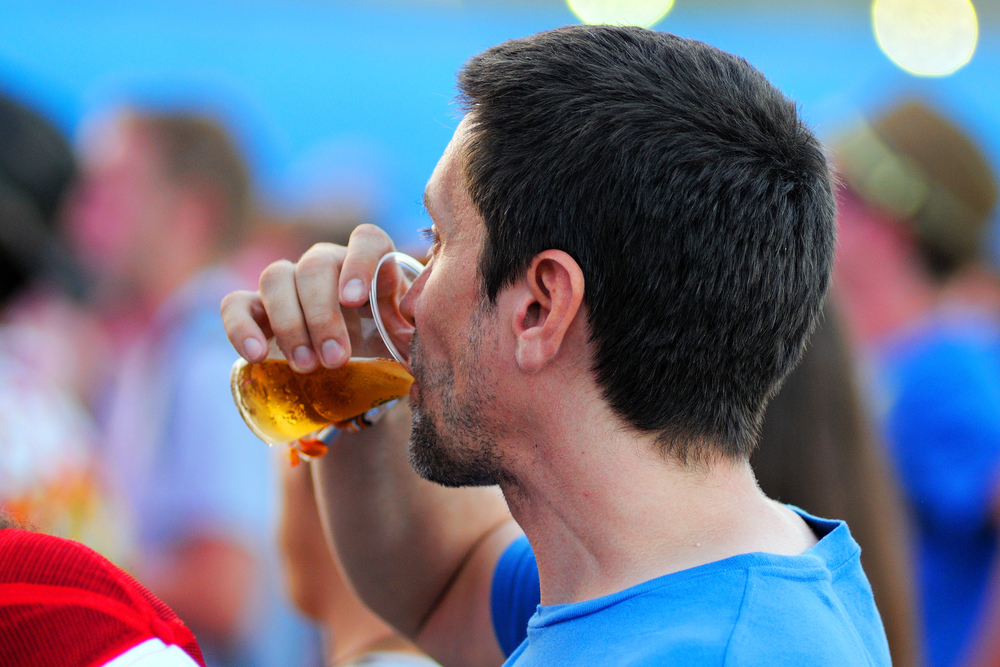 Drinking and AFib: Just One Drink Can Rock the Heart

The link between drinking and AFib is clear and uncontestable. In fact, just one drink doubles the risk of irregular heartbeat. One drink. And the heart can start beating off the rails.

That’s what researchers at the University of California San Francisco found out anyway. And we believe them. After all, their entire modus operandi is helping people stay healthy.

The findings were published in the Annals of Internal Medicine. We got the news from Health Reporter Kayla Rivas at Fox13 over in Tampa Bay. But the study itself was funded by good folks at the National Institute on Alcohol Abuse and Alcoholism, which of course is a division of the National Institutes of Health. Proves there’s some serious pedigree behind the research.

Again, researchers found (and Rivas reported) that a single alcoholic drink was associated with a two-fold increased risk of atrial fibrillation, or irregular heartbeat. The findings appear to contradict the perception that alcohol can be “cardioprotective.” They’re also “contrary to a common belief that atrial fibrillation is [only] associated with heavy alcohol consumption.”

That’s what UCSF Division of Cardiology professor Dr. Gregory Marcus said in a statement. Dr. Marcus was granted a Cardiology Fellowship back in 2005; he’s been with UCSF ever since. In fact, Dr. Marcus is UCSF Health’s Associate Chief of Cardiology for Research. And his particular research interests include cardiovascular effects of alcohol and caffeine and other common, modifiable, lifestyle factors.

Here, natch, he took on drinking and AFib. This particular study involved 100 participants, most of whom were white males. Fifty six of the participants, which were recruited from UCSF cardiology outpatient clinics, had at least one atrial fibrillation episode and consumed at least one alcohol drink per month. The study however excluded people with a history of substance or alcohol use disorder.

Participants were tasked with wearing an electrocardiogram (ECG) monitor for about four weeks, read the report, pressing a button upon consuming a standard-size alcoholic drink. They were also fitted with a recording alcohol sensor and periodically underwent blood tests indicating alcohol consumption over the prior weeks.

Results also associated at least two drinks with an over three-fold increased risk of atrial fibrillation over the next four hours, the report continued, and identified a correlation between blood alcohol concentration and heightened risk of irregular heartbeat.

“Our results show that the occurrence of atrial fibrillation might be neither random nor unpredictable,” Dr. Marcus said. “Instead, there may be identifiable and modifiable ways of preventing an acute heart arrhythmia episode.”

Okay, now that we know there’s a correlation between drinking and AFib, why should we care? Well, because AFib (that is, Atrial fibrillation or AF) is a quivering or irregular heartbeat (arrhythmia) that can lead to blood clots, stroke, heart failure and other heart-related complications.

You also should care because at least 2.7 million Americans are living with AFib.

“My heart flip-flops, skips beats, and feels like it’s banging against my chest wall, especially if I’m carrying stuff up my stairs or bending down,” says one patient.

“I was nauseated, light-headed, and weak,” said another. “I had a really fast heartbeat and felt like I was gasping for air.”

While still another was nearly caught off guard:

“I had no symptoms at all,” recounted the patient. “I discovered my AF at a regular check-up. I’m glad we found it early.”

If AFib is present and a clot enters the bloodstream and lodges in an artery leading to the brain, a stroke results. Yet despite this widespread risk, many patients are unaware that AFib is even a serious condition. Many patients are also unaware that the Centers for Disease Control and Prevention (CDC) considers AFib to be “the most common type of treated heart arrhythmia” in the country.

This needs to change.

One for the Heart

Hopefully, this study on drinking and AFib will herald a new awareness of the condition, and not just with regards to alcohol either. Sure, that’s our primary concern. And we applaud Dr. Marcus for leading the way. But we’re all for anything that helps better the health of Americans. Besides, it seems that AFib should be a concern for everyone.

Right now though it’s drinking and AFib that has our attention. Dr. Marcus has found the correlation to be at once clear and uncontestable. Just one drink increases the risks. Period. And while this might be what Dr. Marcus called “the first objective, measurable evidence that a modifiable exposure may acutely influence the chance that an AF episode will occur,” it’s still reputable evidence. It’s also undoubtedly the first of much more such evidence to come.

Meantime, we at Healing Properties thank Dr. Marcus and his team at UCSF Health for breaking the proverbial ice. And we applaud their desire to lead the proverbial way. With medical professionals like Dr. Marcus fighting the good fight, there’s a damn good chance the fight will be won. At least this fight anyway.

What about you? Heart beating a-okay? Notice any irregularity? If so, please see a physician. Either way, please don’t exacerbate anything with drink. It’s not worth the risk. And if you need help with drugs or alcohol, please give us a call. We’ll help you get the help you need.