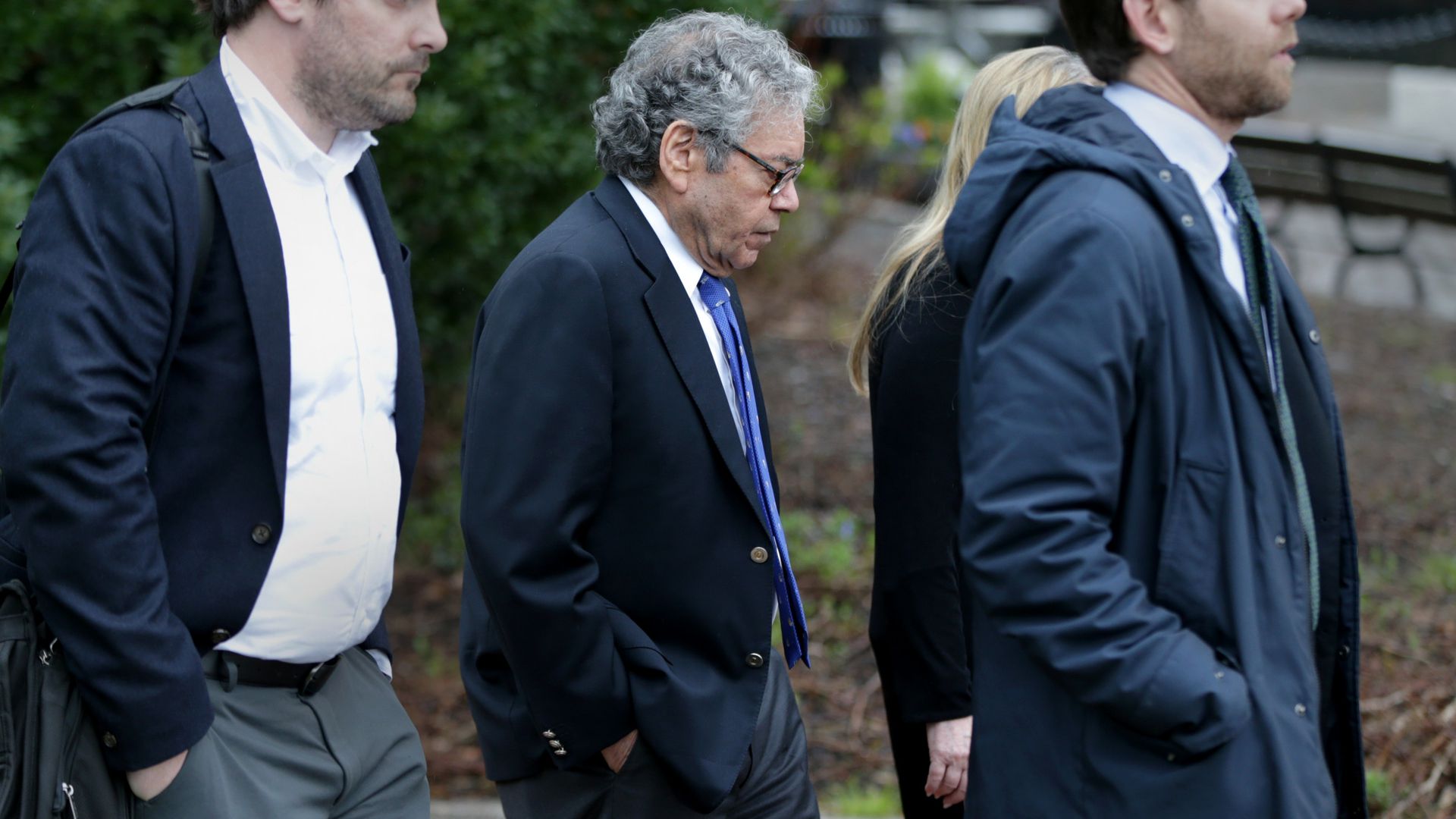 We’ve written about Rochester Drug Cooperative’s “large scale drug dealing” and the unprecedented criminal indicting of its executives. We’ve written about the Sackler Family’s deadly spread of OxyContin. Now we bring you news of some serious drug company racketeers. We’re happy about it too. Why? Because these evildoers were just found guilty.

Subsys really wasn’t all that revolutionary. But it’s nasal spray delivery system was new. It was also highly effective. So the FDA gave the drug its coveted seal of approval.

There was a problem though. The FDA only approved Subsys for use in treating cancer patients. And there just weren’t enough cancer patients to make a real killing. So Insys did what all drug company racketeers do — they lied and they bribed their way to killing.

The bribes came straight out of a B-movie about bad doctors and the drug executives who love them. Fees for sham speaking engagements, shooting range interludes, fancy dinners at Kapoor’s own Chicago joint and strip club lap dances. One doctor office lap dance came from an ex-stripper Insys exec herself!

But it was the lies that really killed it. Insys lied to insurance companies to get them to pay for the powerful painkiller. They also lied to doctors about the drug’s toxicity. The doctors in turn lied to their patients and prescribed at will. The results? 900 confirmed deaths from Subsys overdose.

Well, 900 Subsys overdose deaths that we know of anyway. Remember Subsys is fentanyl, which is 100+ times more potent than heroin or morphine. It’s also become the leading cause of opioid overdose deaths. And while illicit fentanyl is largely to blame for the spike in fatalities, licit fentanyl is certainly a major contributor.

As our friend German Lopez at Vox reports the convictions are “another sign that the federal government and the public are increasingly ready to hold individuals and companies responsible for their role in the nationwide opioid epidemic.” This sign though signals more than a mere monetary slap on the wrist. It signifies real jail time. In fact, all five drug company racketeers face 20 years.

Kapoor fell off the Forbes billionaire list this year. (Poor baby.) But it’s a cinch he’s not hurting for money. And while Insys reportedly lost money last year (“largely as a result of declines” in Subsys prescriptions), the company still ended 2018 with $104.1 million in cash, cash equivalents and investments with zero outstanding debt.

Insys is also ramping up its cannabinoid production arm. In fact, the company even recently donated $500,000 to help stop a marijuana legalization effort in Arizona. Why? Because of course legalization would severely impact Insys’s future profits.

“In 2018 we made progress in our transformation to further establish the company as a leader in the development of pharmaceutical-grade cannabinoids and spray technology, and move beyond our legacy business,” said current Insys President and CEO Saeed Motahari.

In other words, Sorry Johnny, Dick, Mike, Joe and Sunrise. But we’re on to other drugs. To us it seems more like other ways to become drug company racketeers.

We at Healing Properties hope the feds through the proverbial book at Kapoor and company, if only for the 900 people who died as a direct result of their lies and bribes. We also hope authorities see fit to shutter Insys before it gets a chance to field a new team of drug company racketeers.

If you or someone you love is battling addiction to fentanyl or any other drug, please give us a call. We’d very much like to help.