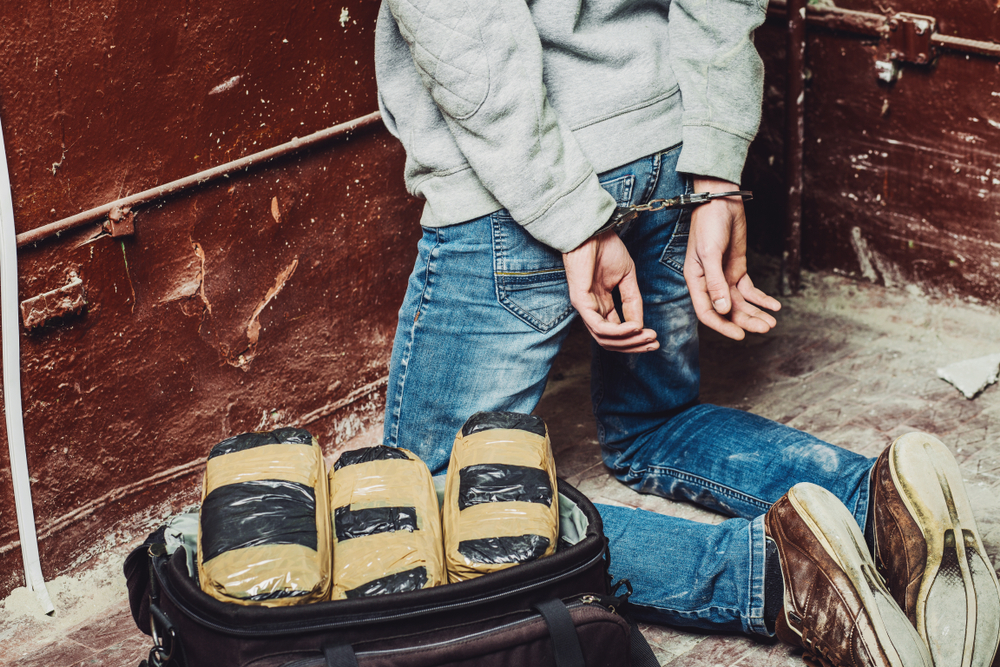 Drug Trafficking on the Rise: From Chesterfield County Jail to El Chapo’s Wife

Drug trafficking is rising in America. That’s no secret. In fact, it’s rising faster than ever. Just check the news. Or recent arrest records. Because there’s sure been a lot of both. From conspirators in a complex scheme at a rural Virginia county jail to El Chapo’s infamous wife. In Tampa Bay’s port, a Texarkana home and a West Virginia shooting scene. And those are just the highlights of this week!

This rural Virginia county just south of Richmond doesn’t even have an incorporated town. It sure has a county jail though. The inmates of that county jail like to get high. A lot. They were getting high too. A lot. Thanks to some slick business by a couple outside confederates. Well, the Chesterfield County Sheriff’s Office spent two months investigating the drug trafficking conspiracy and wound up arresting five people. Another confederate is still on the run.

The scheme was rather simple actually. People on the outside would secrete sublingual Suboxone film strips within legal mail and send ’em on in. Since legal mail can only be x-rayed and not opened like regular mail, the culprits were able to get away with the ruse. Till they started blabbing on the phone to their girlfriends anyway. Girlfriend phone calls aren’t subject to the same restrictions as legal communications and the conspirators talked themselves right into a jail cell. Four of them were already locked up however, so they just got to stay longer. A fifth person has now joined them. No doubt the sixth will be keeping house with them soon too.

Thanks to WRIC‘s Keyris Manzanares and Sabrina Shutters for providing the spur that got this story riding.

That’s what a Georgia woman named Yolanda Herrera found out the other day when U.S. District Judge Steven D. Merryday sentenced her to 22 years behind federal bars. Seems Herrera had spent a large part of 2018 and 2019 helping to organize and transport cargos of drug-filled stone blocks from the Port of Tampa to an Atlanta home. In all she’d helped secure seven shipments off the Mexican ship Leticia.

Homeland Security agents discovered the drugs after they’d found abnormalities in one of the shipments. Broken open the blocks yielded more than 110 pounds of methamphetamine and six pounds of heroin.

Many thanks to Tampa Bay Times’ Romy Ellenbogen for the report that got this tidbit going.

A local man named Darrell Renard Witcher recently pleaded guilty in a Texarkana federal court before U.S. Magistrate Judge Caroline Craven. Witcher didn’t just enter a guilty plea for possession of a controlled substance with intent to deliver however. He admitted to trafficking drugs in the area for at least 20 years.

“For at least two decades I have been regularly engaged in drug trafficking in the Eastern District of Texas,” read the charging document. “For example, on Feb. 21, 2020, I knowingly possessed approximately 491 grams of cocaine at home in Texarkana.”

Witcher also admitted to possessing a .380 pistol and ammunition at the same time as he possessed the drugs.

“I kept the firearm to protect myself, my drugs and my drug proceeds,” the document continued. “Then, on Jan. 27, 2021, I knowingly possessed approximately one kilogram of a mixture or substance containing methamphetamine.”

Witcher apparently has numerous drug arrests on his record. We don’t know how authorities caught him this time. (Though we’d like to.) We don’t know how long he’ll serve either. (He’s yet to be sentenced.) However we do know who tipped us to this Texarkana tale. The Texarkana Gazette’s Lynn LaRowe. And we’re more than grateful.

It’s highly unlikely you missed this drug trafficking story. After all, it’s been everywhere at least once. Most times on multiple occasions. Then again it does concern one of the world’s most successful drug traffickers. Not to mention one of Forbes’ richest men.

Aispuro is charged with participating in a conspiracy to distribute heroin, cocaine, methamphetamine and marijuana.

El Chapo’s never-wavering wife appeared via video link before a federal judge and was ordered to remain in detention for the time being. Why no bond? Prosecutor Anthony Nardozzi said Ms Coronel Aispuro had “worked closely” with members of her husband’s Sinaloa cartel and had possessed the “financial means to generate a serious risk of flight.”

Ms Coronel Aispuro isn’t just facing drug trafficking charges though. She is also accused of conspiring with others to help her husband escape from prison in Mexico in 2015.

El Chapo “was sprung from Mexico’s maximum-security Altiplano prison after his sons bought a property near the prison and a GPS watch smuggled into the prison gave diggers his exact location. He escaped by riding a specially adapted small motorcycle through the tunnel.”

Court documents said Ms Coronel Aispuro allegedly helped plan another prison escape for her husband before he was extradited to the US in January 2017.

She has not commented on the charges.

We don’t yet know the extent to which Ms Coronel Aispuro allegedly trafficked in drugs. In fact, right now not even Mexican President Andrés Manuel López Obrador knows much of the details. And though the Mexican president said the arrest was “a matter that the United States will decide,” it was also clear he’d very much like to learn more. So would we all.

Meantime we’d very much like to thank the BBC for providing the story that led to this drive-by.

Drug trafficking is indeed on the rise. In fact, it’ll likely stay on the rise too. At least until this pandemic subsides anyway. For too long too many have been isolated. That leaves them wide open to substance abuse. Throw in the loss of a job and you’ve got drug abuse’s perfect storm. It’s no wonder more and more folks are finding it profitable to sell drugs.

Healing Properties commends law enforcement for interdicting in drug trafficking. Without their diligence, who knows how much drugs would flood the country. Of course there’d be no trafficking if there wasn’t a market. And until America gets a grip on drug abuse here at home that trafficking will continue. Things are getting better though. Much better. Especially for those seeking help.

How about you? Has the pandemic driven you to drink or drug? Are you ready to call it quits? Well, help is out there. In fact, it’s everywhere. And it’s becoming more and more available by the day. So give us a ring. We’ll point you in the right direction. Whether you’re in Tampa or Texarkana. Hell, we’ll even help if you’re married to a drug kingpin.