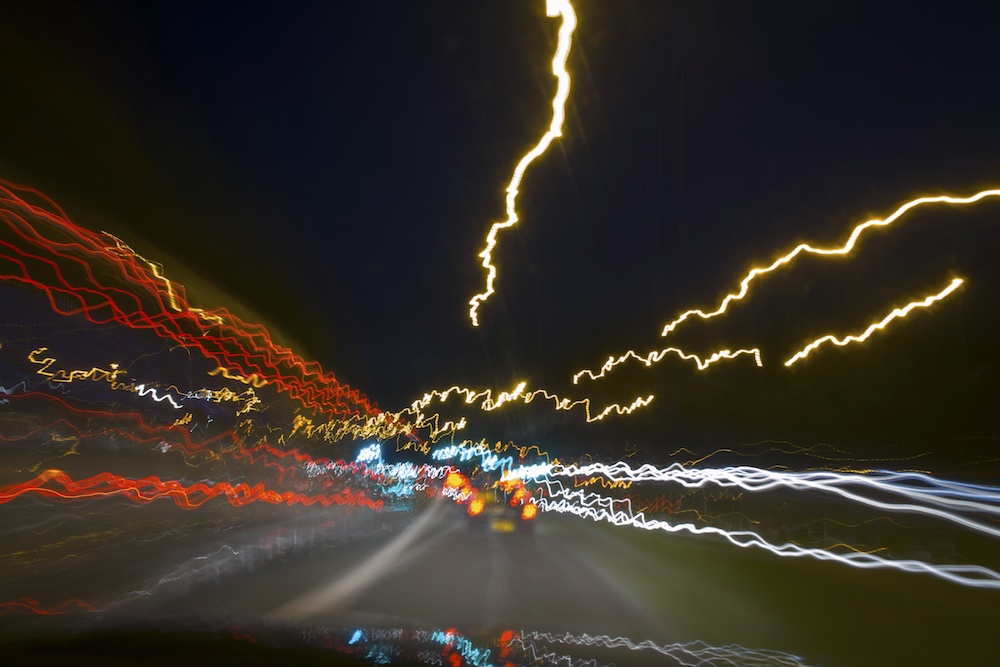 Drugged driving may not get the same attention as drunk driving, but it can still result in a DUI/DWI. It can also be deadly. In fact, a Governors Highway Safety Association (GHSA) report covering 2016 showed 43.6% of drivers who were involved in fatal traffic accidents tested positive for drugs. And that’s just among those drivers who were tested. No telling how many fatal drug-related accidents there were in all.

Marijuana and Opioids: A Deadly Combination

As you might suspect, marijuana-involved traffic fatalities spiked most in states where the drug has been legalized (i.e. Colorado and Nevada). What you might not suspect is those rates dropped back to normal within a year. Opioid-involved crashes, in turn, were generally highest in states suffering the highest addiction rates (i.e. West Virginia and Kentucky). But no state was immune to the rise of drug-related traffic accidents. All in all, the rate rose a full 10% across the country.

Of course, drug overdoses now count for more deaths than motor vehicle accidents. But that doesn’t mean drugged driving should be ignored. If anything, the rise of both overdoses and drug-related traffic fatalities is cause for even more concern. 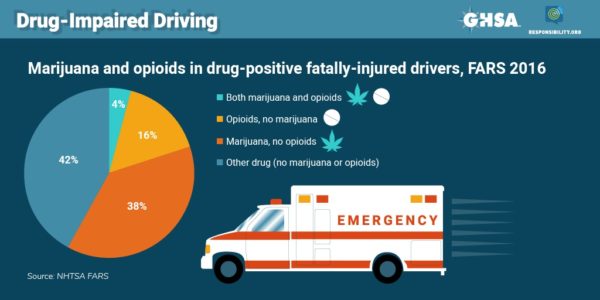 Drive High, Get a DUI

The Missouri Department of Transportation (MoDOT) just announced an anti drugged driving campaign called “Drive high, get a DUI.” The initiative is timed to coincide with 4/20 (or 420), which is a day of celebration for cannabis enthusiasts. (420 is of course code for smoking pot.)

“”While cannabis is now legalized for recreational and medicinal use in many states,” reads MoDOT’s release, “it is still illegal in all states to drive under the influence of it.”

Not only is drugged driving illegal, but it can also be fatal.

“Driving drug-impaired or riding with someone who is drug-impaired is not worth the risk,” said Jon Nelson of MoDOT. “Not only do you risk killing yourself or someone else, but the trauma and financial costs of a crash or an arrest for driving while substance-impaired can be significant. The consequences are serious and real.”

If You Feel Different, You Drive Different

The National Highway Traffic Safety Administration (NHTSA) has launched a new anti drugged driving campaign of its own. Their initiative is called “If You Feel Different, You Drive Different,” and it’s meant to underscore the need for more public awareness about the risks associated with driving while impaired by drugs.

The mantra “Don’t Drink and Drive” is widely accepted, says the organization Stop Drugged Driving. We need to add the message “Don’t Drug and Drive.”

That’s right. Stop Drugged Driving isn’t just a plea; it’s an actual organization. And a damn noble one at that. It’s also incredibly informative. In fact, we culled a large part of this article’s data from its site. We also are eager to help spread the organization’s message about drugged driving.

While we at Healing Properties are well aware of medical marijuana’s tremendous health benefits. We’re also well aware of the dangers associated with marijuana abuse, be it as a catalyst to relapse or its impairing of drivers. Remember, doctors and pharmacists routinely warn against driving while on prescription medicines. There’s no reason why medical marijuana should be treated any differently.