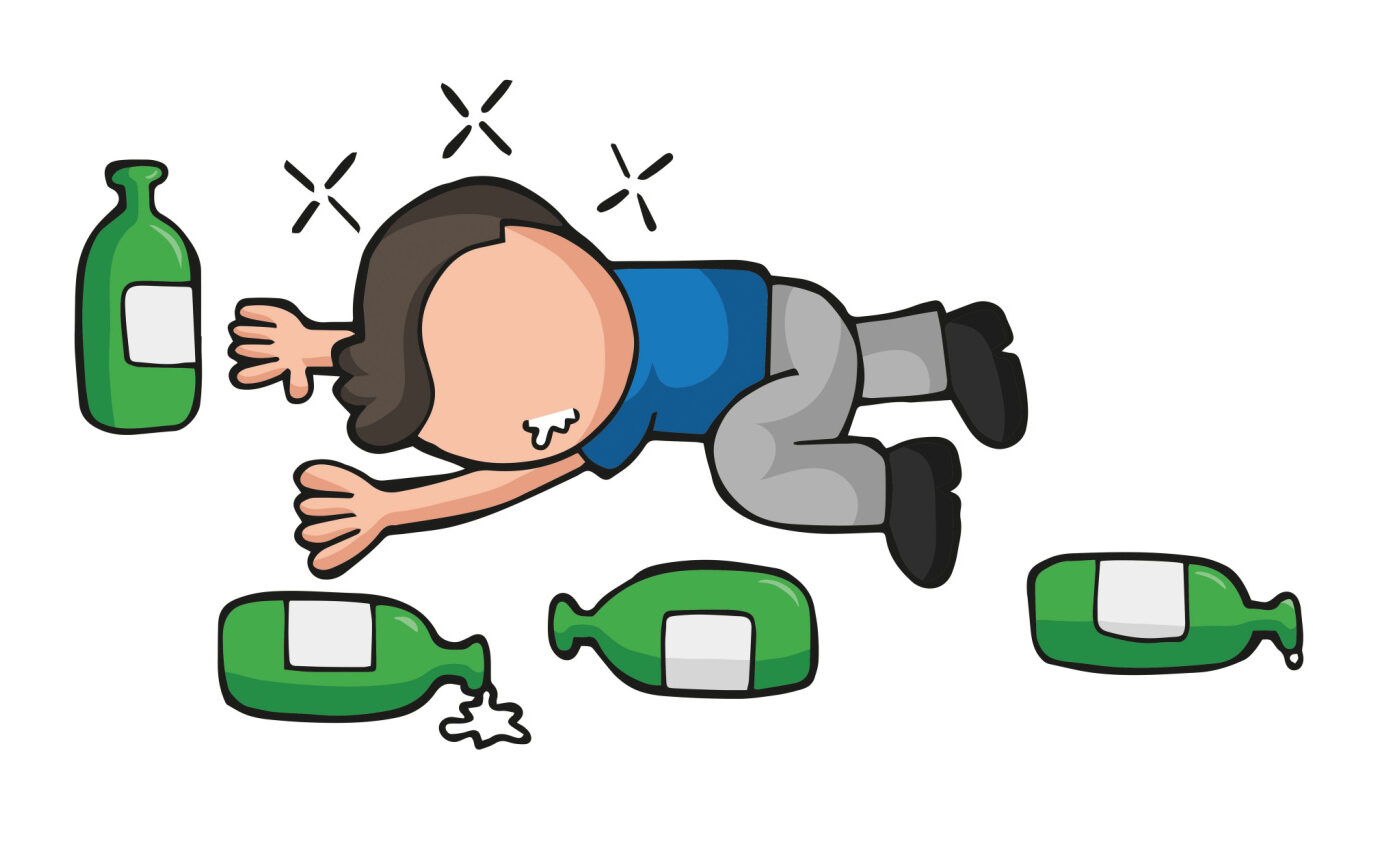 The man can’t remember what he did, let alone when he did it. He can’t even remember whether or not he was there when it happened. He remembers being in the house early in the day. Beyond that he can’t say. All the man knows for sure is that he suffered a drunken blackout and when the lights came back on in his brain someone said his girl had been murdered.

It gets worse though. Because the more the man thinks about the murder the more he imagines being involved. He begins playing and replaying imaginary scenarios, each more gruesome – and detailed – than the last. He starts to believe that he actually may have been the murderer. As his suspicions build, so does the guilt. Until he eventually decides to see the police.

“I think I may have killed someone,” he tells the cops.

“Well, how ’bout we sit down and talk about it?”

By the time the interrogation is over the man has confessed. He then gets booked and held for First Degree Murder.

No, murder confessions like these don’t happen every day. They do however happen more often than you might suspect. And plain ordinary confessions follow drunken blackouts all the time. Then again, when you consider the amount of guilt suffered during a post-blackout hangover, it’s not much of a surprise. Heck, it is said that hangover guilt is often more pronounced than even the hangover headache.

The Age of the Drunken Blackout

Despite the so-called New Sobriety, drunken blackouts are on the upswing. Heck, even the esteemed National Institute on Alcohol and Alcoholism claims drinking to the point of a blackout has become a bit of a thing. In fact, the NIAAA says the practice has earned some pop culture notoriety. We don’t know why. And frankly, we don’t care. Anyone who would intentionally set out to drink to oblivion needs more than a reason – they need to get a life.

Some folks don’t do it on purpose though. They simply can’t help themselves. That’s biology, not Tik Tok. And that deserves both concern and consideration.

While a drunken blackout often does lead to complete memory loss, the NIAAA reminds us that “alcohol-induced blackouts can [also] lead to impaired memory of events that transpired while intoxicated” (emphasis added). Wrong memory can sometimes be worse than no memory at all. It certainly can cause more trouble. And that’s something everyone would do well to remember.

Folks would also do well to remember that alcohol-induced blackouts can drastically increase the risk of injuries and other harms. People who don’t know what they did often don’t know what they’re doing either. And that can spell catastrophe. The NIAAA also reminds us that a drunken blackout “can occur in anyone who drinks alcohol, no matter their age or level of experience with drinking.”

Here’s how the fine federal folks sum up the issue:

Again, alcohol-related blackouts are the inability to recall what occurred while someone was intoxicated. These gaps happen when a person drinks enough alcohol to temporarily block the transfer of memories from short-term to long-term storage. The process is known as memory consolidation, and it takes place in the brain’s hippocampus region.

There are two types of blackouts. And each one is defined by the severity of the memory impairment. The most common type is the “fragmentary blackout.” This is characterized by having “islands” of memories separated by missing periods in between. This type is sometimes referred to as a grayout or a brownout.

The most severe form of blackout is known as an “en bloc” blackout. This is more akin to complete amnesia and often spans hours. Here memories do not form and so they typically cannot be recovered. It is as if the events simply never occurred.

When Do Blackouts Occur?

Blackouts tend to begin at blood alcohol concentrations (BACs) of about 0.16 percent (nearly twice the legal driving limit) and higher. At these BACs, most cognitive abilities (e.g., impulse control, attention, judgment, and decision-making) are significantly impaired. The level of impairment that occurs at such high BACs makes the intoxication level associated with blackouts especially dangerous.

However, blackouts can occur at far lower blood alcohol concentrations in those who take sleep and/or anti-anxiety medications while they’re drinking.

Blackouts are far more likely to happen when alcohol enters the bloodstream quickly, causing the BAC to rise rapidly. If someone drinks on an empty stomach say, or perhaps consumes a large amount in a short time span. Because females generally weigh less than males and have less water in their bodies, they tend to reach higher peak BAC levels with each drink and do so more quickly. This helps explain why females appear at higher risk for blackouts.

Binge drinking – that is, a pattern of drinking that increases a person’s BAC to 0.08 percent or higher – is the all-time blackout leader. This typically occurs after four drinks for women and five drinks for men over the course of about two hours. In fact, many people who have blackouts do so after engaging in a behavior known as high-intensity drinking, which is defined as drinking at levels that are at least twice as high as the binge-drinking thresholds for women and men.

Here’s an example of a blackout gone awry:

Ed and Shirley Andronowich had been married for 20 years. He worked construction; she handled the house and looked after their three teenage girls. They lived a relatively quiet life, in the solid, primarily working class section of Winnipeg called Fort Rouge.

The couple had a favorite local watering hole and they’d go out for drinks a couple times a week. Since Ed worked in the morning, he’d sometimes call it a night early and Shirley would stay. This was one of those nights. Shirley returned home though, as usual. But then she and Ed got into an argument. So Shirley left again. To take a walk and clear her head, she said.

She never came back.

The next morning an employee of the local high school found Shirley on the grounds. She’d been savagely beaten, sexually assaulted and bitten over most of her body. It was beyond ugly. Even hardened homicide detectives found the scene to be unusually gruesome.

Later, when those detectives asked Ed if he knew someone who might commit such a murder, he inadvertently confessed.

This was the gist of the Forensic Files episode “Cement the Case”. Though no forensic evidence proved that Ed had actually committed the crime, he was arrested and prosecuted. Thankfully, a year later a 29-year-old unemployed construction worker named Mark Jarman was turned in by his roommate. Jarman lived directly across the street from the Andronowiches at the time, and the roommate said he’d come home that night with apparent blood stains on his boots and jeans – worse he burned those clothes the very next day. The roommate also said he didn’t say anything sooner because he was Jarman had threatened him. It was only after learning Ed had been convicted for a crime he didn’t commit that the roommate stepped up.

Healing Properties wants to end the drunken blackout once and for all. In fact, we’ve been working at it for 20 solid years. We’ve had some success too. Some serious success. At least that’s what we call ending drunken blackouts for thousands and thousands of men. That’s what those men call it too. So do their loved ones. Because each man who stopped binging and blacking out is now leading a productive life.