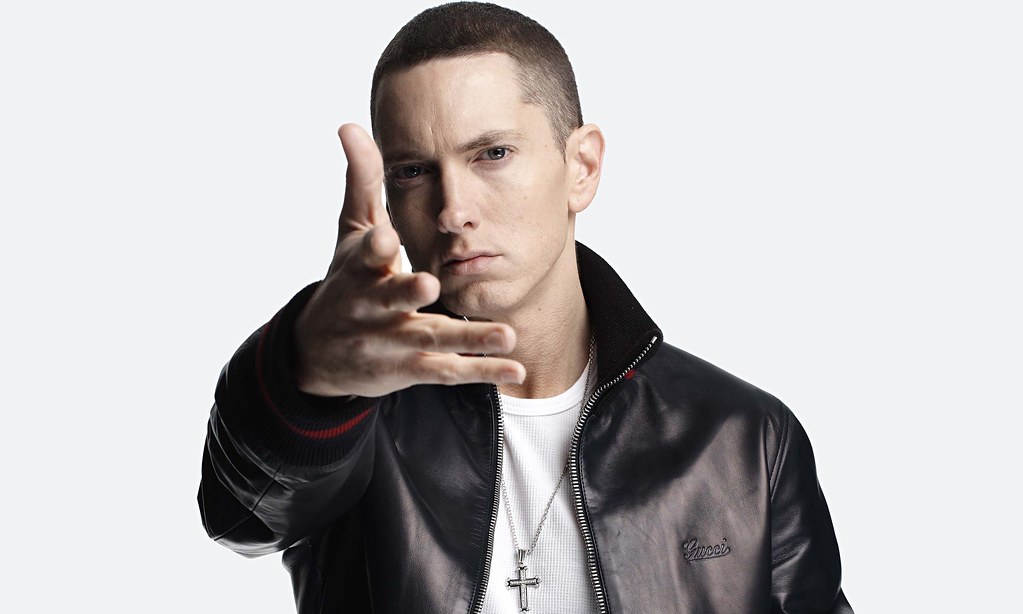 Eminem has now added another milestone to his already milestone-laden life — 12 years of sobriety! That’s right. The man born Marshall Mathers has now been sober for a dozen — count ’em! — years. And we couldn’t be happier for the rapper.

The Road to Recovery

It wasn’t easy. Not even close. Eminem spent years battling an addiction to prescription drugs — primarily Vicodin, Ambien and Valium. And, as you might suspect, there were a whole lotta prescription pills.

“I was taking so many pills that I wasn’t even taking them to get high anymore,” Eminem told Rolling Stone. “I was taking them to feel normal. Not that I didn’t get high. I just had to take a ridiculous amount. I want to say in a day I could consume anywhere from 40 to 60 Valium. And Vicodin… maybe 20, 30? I don’t know. I was taking a lot of shit.”

The pill-popping ended in 2008. But not before a couple ugly relapses. And one very scary methadone overdose.

“I got the methadone from somebody I’d gone to looking for Vicodin,” Eminem remembers. “This person said, ‘These are just like Vicodin, and they’re easier on your liver.’ I thought, ‘It looks like Vicodin, it’s shaped like Vicodin – fuck it.’

“I remember taking one in the car on the way home, and thinking, ‘Oh, this is great.’ Just that rush. I went through them in a couple of days, then went back and got more. But I got a lot more.”

Eminem says the whole next month is a blank. He does remember falling in the bathroom and hitting the floor hard. Then getting up a falling back down all over again. His next memory is of waking up in the hospital.

A week later Em checked himself out of the hospital, came home and tore a ligament in his knee. He returned home a second time and suffered a seizure.

“I knew I had to change my life,” he says. “But addiction is a fucking tricky thing. I think I relapsed within… three weeks? And within a month it had ramped right back to where it was before. That’s what really freaked me out. That’s when I knew: I either get help, or I am going to die.”

Thankfully, Eminem did get help and on 4.20.08 he got clean. He’s been clean ever since.

“The thing sobriety has taught me the most is [about] the way I’m wired,” Eminem told GQ. “Why my thought process is so different. I’ve realized that the way I am helps with the music. Sporadic thoughts will pop into my head and I’ll have to go write something down, and the next thing you know I’ve written a whole song in an hour. But sometimes it sucks. I wish I was wired like a regular person and could go have a f–kin’ drink. But that’s the biggest thing about addiction: When you realize that you cannot—for f–k’s sake, you can not—f–k around with nothing ever again.”

“I never understood when people would say it’s a disease,” he continues. “Like, ‘Stop it, dickhead. It’s not a disease!’ But I finally realized, F–k, man—it really is.”

And how. Few people know that as well as Elton John, who’s now been sober for 30 years. John was an early supporter of Eminem’s sobriety. And he continues to actively back his rapper friend’s recovery.

“Elton is like my sponsor,” Eminem told Rolling Stone. “He usually calls me once a week to check on me, just to make sure I’m on the up-and-up. In fact, he was one of the first people I called when I wanted to get clean. He was hipping me to things, like, ‘You’re going to see nature that you never noticed before.’ Shit you’d normally think was corny but that you haven’t seen in so long. Now it’s like ‘Wow! Look at that fucking rainbow!’ Or even little things – trees, the color of leaves. I fucking love leaves now, man. I feel like I’ve been neglecting leaves for a long time.”

Staying Sober Through a Pandemic

People in recovery have had to shift the way they maintain sobriety during the coronavirus pandemic. That includes Eminem. No, the rapstar doesn’t make traditional AA meetings (“people were asking for autographs,” he said, “and that made me shut down”), but he does make meetings. Or he did anyway. Until COVID19. So he too is now largely without the physical element that’s so all important to recovery.

But that doesn’t mean he’s without any human-to-human connection. Eminem’s got a strong and stable family life, courtesy of his sobriety. He’s also got the continuing support of friends such as Elton John, Royce Da 5’9″ and 50 Cent. In fact, Em says 50’s even got his own bedroom to stay in when he hits D-town. And while not everyone has superstar friends to back their sobriety, sober folk know the blessing of friends. We also know how much sobriety strengthens our friend and family ties.

So stay in touch with your family, and with your friends. And if you have a loved one who may be struggling with addiction, reach out and check in on them. Because at the end of the day we’re all in this together. And at the end of this crisis, we’ll want together to mean as many people as possible.