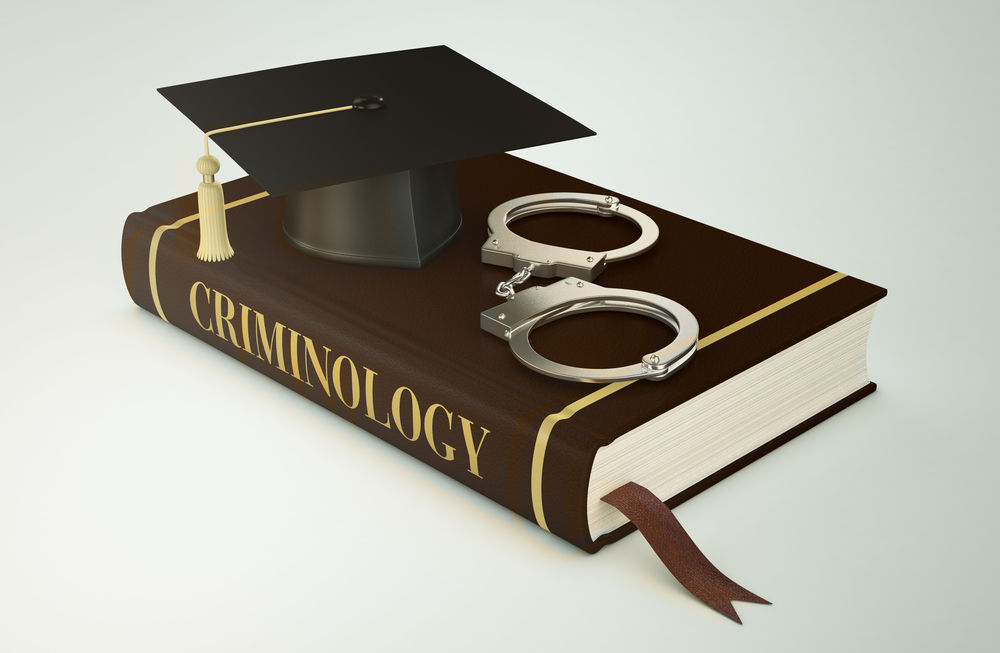 From Life on the Streets to a Criminology Degree

Need a little solid inspiration? Then check out how this former drug addict went from a life on the streets to earning a criminology degree. You’ll get some some solid inspiration alright. Heck, if you’re seeking something turnaround-sized, this story will provide all the inspiration you’ll need.

Why? Well, in the first place, the tale goes down some very familiar roads. Mostly dead ends and cul-de-sacs in fact. So you’ll certainly be able to identify. In the second place, it shows what’s possible when a mind gets set right. So you’ll likely find some very encouraging spurs. And in the third place, the story exits on to a thruway filled with nothing but blue skies. That’s right, a canopy of positivity stretching as far and as wide as the eye can see. In other words, an utterly inspiring road. And that’s just the kind of path that’ll lead to fulfilling your life and realizing your dreams.

Kael Maness had been to St. Louis Community College–Meramec once before. A decade or so ago in fact. Things didn’t go very well though. Not very well at all. See, he preferred to “get loaded all the time” rather than attend class. And, well, schools don’t much appreciate that.

Oh, Maness didn’t just get loaded. He worked a few different jobs; even played drums in a punk band. But those were also secondary to his substance use. Seems Maness couldn’t get enough of the alcohol, synthetic marijuana and opioids.

“I was more preoccupied with trying to have a good time,” Maness told UMSL Daily reporter Steve Walentik. “[Or] what I thought was having a good time.”

“I couldn’t figure out why [I couldn’t stop getting high],” Maness said.

Maness did try though. Tried hard. Even went into treatment. Southeast Missouri Behavioral Health. While Maness was away though he fell behind on his rent and got evicted. So he moved in with his mom.

Maness’ mother found him passed out on the couch. It wasn’t the first time. It wasn’t even the 21st time. However it was one time too many. She kicked him out.

“It’s snowing outside,” he remembered telling her.

Out he went. To a parking lot in Fenton. Just him and his 16 year-old Jeep Wrangler. He was near one of his addict friends though too. And the two would spend their days doing heroin while the friend’s wife was away.

Maness stretched that out for almost six months. Then one day he went to his sister’s house looking for money. Again. By then she’d also had enough.

“Why don’t you go back to treatment?” his sister asked. “You look like you’re going to die.”

From some reason, the words sunk in.

He woke up the next morning in a treatment facility and told himself he was finished.

“My motivation to change was the pain of remaining the same,” he said.

Two weeks at Menzies Institute of Recovery begat two years in a sober home. Maness got active in Narcotics Anonymous. And stayed active. He found a a sponsor. Worked the 12 Steps. Began helping other addicts. In between, he delivered pizza for Imo’s. The same job he’d held in high school.

Then Maness got his first real sober break. A peer support specialist spot at Preferred Family Healthcare. The job was just what he needed. It provided a sense of purpose, as well as direction. It was also something he was good at. Very good at. In fact, Maness was so good his boss recommended him for a recovery coach spot at an opioid overdose project called EPICC.

The project, Engaging Patients in Care Coordination, was funded from by a State Targeted Response Grant and directed by University of Missouri-St. Louis (UMSL) faculty member Rachel Winograd. Winogrand also happens to be Associate Research Professor at the Missouri Institute of Mental Health. So she knows how important it is to have overdose and acute intoxication patients be counseled by people already in recovery.

“It started out with me and another girl from another treatment center,” Maness said. “We started out working at Barnes Hospital, Christian Northeast and SLU. It kept growing. We got some really good numbers, the data was looking really good, so it kept getting refunded.”

Today there are 13 recovery coaches working in 17 hospitals and with 11 fire districts across the region. And while Maness may not admit it, he was a large part of that program’s success. Reporter Michele Munz of the St. Louis Post-Dispatch believed so too.

New Season Treatment Center was next. Full-time counselor in their St. Charles clinic. Maness did some good there too. Real good. But deep down he knew he’d eventually need a degree. His supervisor knew it too. He even said so. So Maness went back to STLCC–Meramec.

It wasn’t easy, Maness says now. In fact, he admits it was even a little scary. But he stepped up. Applied the due diligence. And earned his Associate Degree — with honors.

STLCC gave Maness the marks to attend UMSL to complete his Bachelor’s. It also gave him the courage. UMSL also happened to have a nationally ranked criminology and criminal justice program that would be invaluably applicable to his work. Better still, he could earn his degree online. And that perfectly fit his on-call work schedule.

UMSL challenged Maness in ways he’d never before been challenged. And Maness wouldn’t want it any other way.

“The professors here expect you to apply the knowledge in ways that show that you understand it, not that you just read it,” he said. “Learning about the different theories has been amazing.”

Maness has been pretty amazing himself. A fact that hasn’t escaped his professors.

“His love of learning really shines through in his essays,” said Jill Delston, an associate teaching professor of philosophy.

“Kael’s academic performance speaks for itself, and he is one of our top students,” Maher said. “Additionally, Kael exemplifies a person who faced adversity and overcame it. He then went on to turn his personal struggle into a positive thing in his life and for others. The Department of Criminology and Criminal Justice is very proud of him.”

That Criminology Degree is Just the Beginning

At UMSL Maness has been focused squarely on confronting addiction. He argues for decriminalizing drug use, pardoning individuals incarcerated for nonviolent drug offense and allocating more funding for treatment-related initiatives, including increased state-funded detox and residential units in the City of St. Louis and surrounding counties. But having done that, he now wants to expand his parameters. How? By pursuing a Master’s Degree in Cybersecurity.

Yep. Seems a criminology degree won’t be enough for Maness. He’s now determined to tackle cybersecurity. He’s in just the right place for it too. See the Department of Homeland Security and the National Security Agency have jointly designated UMSL as a National Center of Academic Excellence in Cyber Defense Education.

That doesn’t however mean Maness has given up on helping fellow addicts. Not in the least. He’ll still remain involved with Narcotics Anonymous, and he’ll still sponsor others. And he’ll help inspire wherever he can.

“I like talking in front of people,” Maness said. “I like telling my story. And I like to share my experience, strength and hope with other people. I’m definitely going continue to do that in some way.”

Want to live your own streets to criminology degree story? Then please give us a ring. We’d be glad to help. Really.