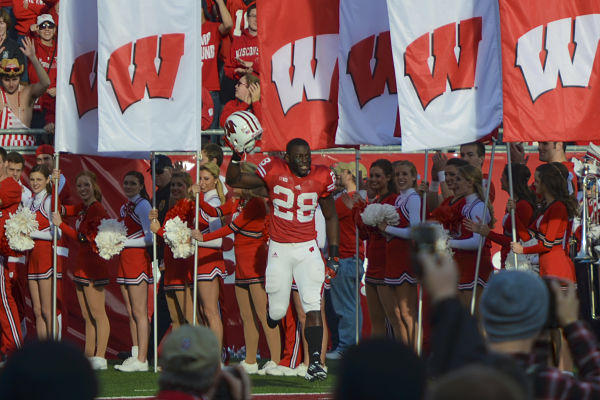 What do you do when you’re dream comes true? Well, if you’re like most people, you celebrate. If you’re like Montee Ball though, you keep celebrating. And you don’t stop till that magnificent dream gets taken right out of your hands.

Yep, that seems to be the story behind two-time All-American running back Montee Ball, a second round draft choice by the Denver Broncos back in 2013. Hall had always dreamed of joining the Broncs. And now John Elway himself had brought him on board. So yes, his dream had certainly come true.

“That’s something I will never, ever forget,” Ball says of the signing. “I’m still a die-hard fan to this day.”

But Ball couldn’t stop living the high life. The Mile High Life. On normal game weeks, he’d usually drink it up on Sunday and Monday, then repeat the hardcore partying on Thursday and Friday. He slacked off on his training, and he neglected the team’s guidance.

“I wouldn’t take any of it seriously,” Ball told Sporting News’ Alex Marvez a couple years ago. “I was naive enough to think my playing days would last forever. And I would literally sit in the back of the room texting or being on Instagram not paying attention to the professional explaining to me about preparing for life after football and how important it is.”

That bad attitude would cost him — dearly.

The Broncos made the Super Bowl in Ball’s rookie year. And though Ball was barely a factor in the team’s embarrassing 43-8 loss to the Seattle Seahawks, he did get some playing time. He might’ve gotten even more time if his off-field antics weren’t so severely affecting his performance.

Nevertheless, Ball got the proverbial second chance. The Broncos named him the starting running back ahead of the 2014 season. Unfortunately, he suffered a groin injury just a few weeks in .and was placed on injured reserve.

Ball had no idea the injury would mark the end of his professional career. The next year Ball had to fight for a roster spot. He lost. Ball just didn’t have it in him. The Broncos waved him during the preseason.

Montee Ball was a football star from the start. At Timberland High, Rivals.com ranked him the number 33 running back in the nation and fourth-best player in Missouri. (Thanks Wiki!) Team captain and team MVP as a sophomore, junior and senior, Ball was also named first-team all-state, all-metro, all-district and all-conference during his last two years, and was recognized by Sports Illustrated’s “Faces in the Crowd” to boot. Furthermore, the many Wentzville school district rushing records he set while at Timberland still hold to this day.

At the University of Wisconsin, everything was much the same only more so. Much more so. He led the Badgers in rushing touchdowns his first year, despite being backup. The second year ended with him being named First Team All-Big Ten, as well as just one of five Heisman Trophy finalists. Most likely because his season touchdown numbers remain second only to Barry Sanders. His senior year highlights included winning the Doak Walker Award (just one of two Badgers ever), plus becoming the first player in Rose Bowl Game history to score a touchdown three straight years in a row.

Little wonder why Ball was drafted so high in 2013.

The Fall of Montee Ball

While Ball’s serious drinking didn’t really begin till his junior year at Wisconsin, his substance-abuse issues trace all the way back to his childhood. In fact, Ball told Sporting News that both his father and grandfather were alcoholics. And there’s ample evidence to prove that the disease likes to stick with a family.

Ball took on his inheritance in 2011.

“I started to drink a lot more and it started to pour into football,” Ball said. “If I knew we had a super-easy practice the next day, I’d go out and get drunk with a whole bunch of people. I’d wake up drunk, hit the steam room and go to practice.”

Ball now knows though that his alcoholism was exacerbated by undiagnosed mental illness.

The depression deepened in the pros. Even worse, Ball began to lose his love of football.

“Ultimately, I didn’t really enjoy the NFL as much as college,” Ball told Sporting News. “It’s a business.”

So the nightclubs. And the partying. And the drinking. Ball found himself friendless and alone within four or five months of his release.

When the Packers called, Ball showed up 30 pounds overweight and in no condition to make the grade. When the Patriots placed him on their practice squad, he managed to eek out a whole season. Then Ball got picked up for domestic battery and New England was done with him too.

Ball watched his old Bronco teammates beat the Panthers in the 2016 Super Bowl from the comfort of his jail cell.

When Ball found out his ex-girlfriend was six months pregnant with his child he knew it was time to step up. When he actually set his eyes on that child, he did so. And then some.

Seeing Maverick “was the turning point,” Ball said. “I finally realized I have a purpose — to raise that kid. That’s a responsibility I will take.”

Ball also began counseling. He was determined to get a greater understanding of his disease, and to rebuild the relationship with his father. He took work with a non-profit health organization, and took advantage of a Wisconsin reentry program that allows former athletes to finish their degrees.

Then, in 2018, he created the Montee Ball Fund at the University of Wisconsin. The reason? To get student-athletes more mental health support. Like so many others, Ball fully believes his struggle with alcohol was rooted in anxiety and depression.

“The pressure put on student-athletes is very real,” Ball told Katie Crowther at Milwaukee’s WTMJ-TV. “I know I’m not the only one who suffered, so I make sure to keep ringing this bell.”

Ball is also counseling others — at both Wisconsin Voices for Recovery, as well as via the Untapped Keg podcast. And he’s deep into writing a book that chronicles the highs and the lows and the highs of his life. Ball seems especially keen on the new round of highs.

“I’m really focused on improving my image and relationships that I destroyed,” he said. “I let down the fans, the entire University of Wisconsin and my family. And I want people to know I am deeply sorry.”

Healing Properties wholeheartedly Thanks Montee Ball for so courageously sharing his story, and for so determinedly stepping up to help others. His is a story we’d all do well to know, and a mission we’d all do well to follow. We’d also like to wholeheartedly thank Sporting News’ Alex Marvez, WTMJ-TV’s Katie Crowther and The Denver Channel’s Joseph Peters, Jessica Porter and Sean Towle, for so deftly bringing about the spurs (and the quotes!) that made this take possible. The more the media spreads the good word about recovery, the more recovery we’ll see. And if we need anything, it’s more recovery.

Do you need help? Are you having trouble with drugs or alcohol? Is someone you know having difficulties? Then please, reach out to someone. NIDA. SAMHSA. Healing Properties. Just please, make the call. It might just save your life.