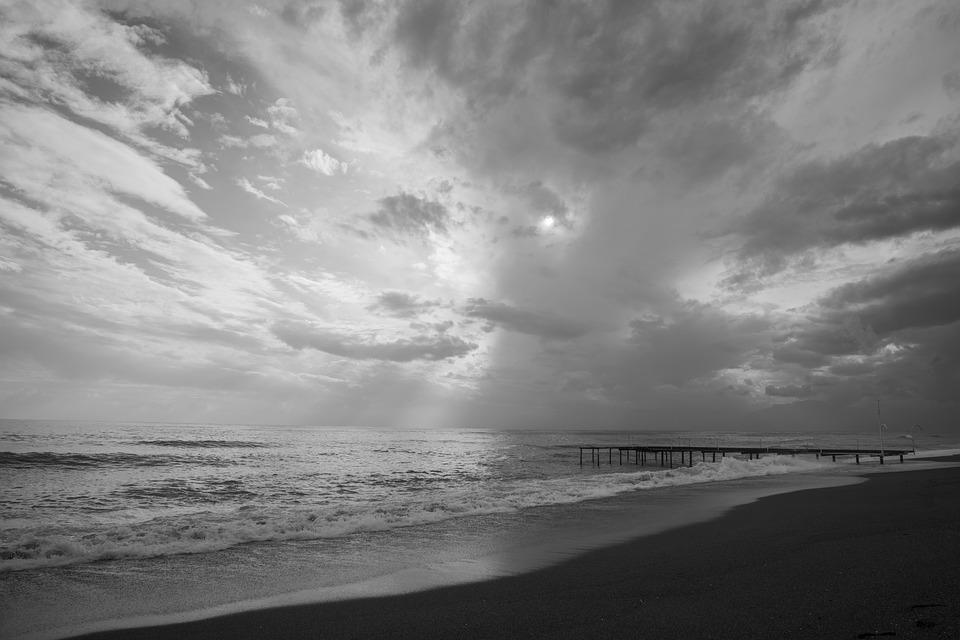 Frozen Sober: The Warm Meaning of a Winter Swim

Once upon another time, Ed Kressy couldn’t have cared less about being sober, let alone feeling frozen sober. Yet this year he travelled clear across the country in order to find out what it feels like to be just that.

Before you break out the applause though, bear in mind that the man Kressy joined jumps into the Atlantic each and every day, regardless of how cold it is (or isn’t). His name is Chucky Rosa. And it was Rosa’s story that compelled Kressy to make the frozen sober pilgrimage.

Like we said, Chucky Rosa jumps into the Atlantic Ocean each and every day, no matter how cold it is or it isn’t. No, not because he happens to live in Seabrook, New Hampshire, right on the beach. But because he simply must. Those daily swims are personal to Chucky. Deeply personal. And they mean more than the world to him.

See Chucky swims to honor the overdose deaths of his two sons, Dominic and Vincent.

He’s been making that same daily swim for almost two decades. Since July 11, 2005 to be exact. That was the day Chucky scattered his sons’ ashes in the Atlantic. It also happened to be Vincent’s birthday. Chucky later went for a dip. He never planned for it to become a daily routine.

“But I kept going in every day,” said Chucky.

Kressy says “Chucky also swims so that others suffering from addiction and alcoholism know they’re not alone.” Not by a long shot. In fact, he founded an organization called Chucky’s Fight to make sure of just that. Chucky’s Fight funds drug treatment and other programs for people who can’t afford them. And the swims — frozen sober or otherwise — help Chucky fund his nonprofit. “The money he raises — often from people who have lost loved ones to addiction — in part [also] funds Chucky’s speaking appearances at schools, where he carries a strong message about the dangers of drug and alcohol abuse.”

As for Ed Kressy, well… We suspect Kressy took his frozen sober swim for similar reasons. We also suspect the swims help remind him that he’s still alive. Very much alive. And that he’s grateful. Incredibly grateful. That’s what we got from his Washington Post piece anyway. And that’s also what he wrote.

“I jumped in the icy ocean, grateful for my sobriety,” writes Kressy. “Especially during covid.”

Kressy had “decided [to join Chucky] on the first day of winter,” because he knew that “this time of year — particularly in the pandemic — is especially hard for those struggling with addiction.” Kressy knows that because he himself “spent two decades addicted to drugs.”

He wrote about that too. And the resulting book — My Addiction and Recovery — has propelled him all around the world. It’s also given him a voice in far-reaching (and much revered) outlets such as The Post.

“At 8:30 a.m.,” he writes, “the air temperature was 28 degrees, the water 44. A dusting of snow from the previous evening’s squalls coated the surroundings. As I stared down the frosty waters, I thought about my sobriety.”

“People in recovery,” he continues, “[people] like me, often join Chucky for a dip to celebrate sobriety milestones. I’m 13 years drug-free, and ready for the icy challenge.”

“I’d quit drugs because my alternatives had boiled down to a mere few: incarceration, long-term homelessness, death. But I stay clean to live a meaningful life. Thanks in large part to my family and people like Chucky, I’ve transformed from being a drain on society to being a community servant.”

Indeed. In fact, the ex-con’s even been honored by the FBI.

As for joining Chucky on his “plunge into the punishingly cold water.” Well, Kressy “dedicated [his] dip to those who struggle, their families and the possibilities for redemption.”

Again, Chucky’s Fight scholarships people who need drug treatment. It also enables Chucky to mentor people from the criminal justice system. Yes, that’s right. “Parole officers refer individuals to Chucky for mentoring. This way they learn how to serve their communities, rather than serve time.”

Some of that service includes preparing meals for the Community Table at Seabrook’s Trinity Church. Chucky “also leads people on beach cleanups.”

“People will tell me that an afternoon of picking trash off the beach was the best day of their lives,” said Chucky.

He also “said it sometimes only takes a few hours of love and attention to inspire people to keep making good choices.”

Chucky doesn’t turn his back on anyone. But he doesn’t “coddle people either.”

Healing Properties applauds both Ed Kressy and Chucky Rosa, not just for the frozen sober swims, but for the great good efforts those frozen sober swims represent. We also applaud the courage they show in sharing their respective stories. It wasn’t until very recently that addiction stories mostly stayed swept under the rug. It’s fantastic to see them so readily shared. It’s even greater to see them so eagerly accepted.

Best of luck and health, gentlemen. And please keep up the great good work!

As for you, well… do you want what they’ve got? Would you like to be able to jump into the freezing Atlantic without worrying about anything but the cold? Would you like your story to inspire others? It can happen. In fact, it will happen. If, that is, you get help. So go ahead. Pick up the phone. Give us a ring. We’re here for you. And we’ll be here for you, so long as you need us.