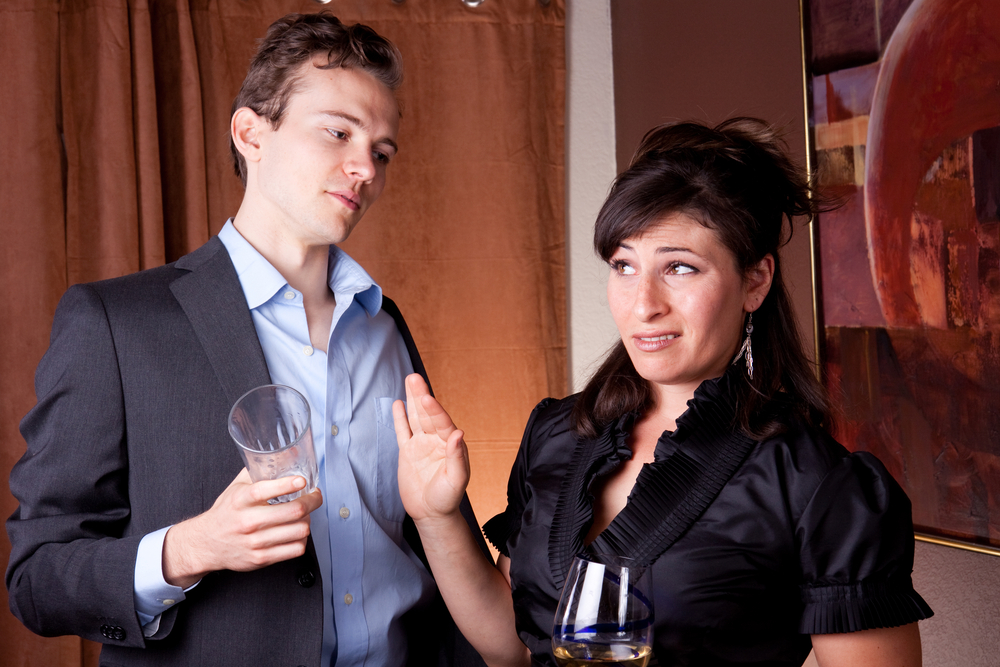 Chrissy Teigen sure does. And did so too. In fact, she did so in front of her 32.5 million Instagram Followers.

She also told the faithful that drinking “no longer serves [her] in ANY way.”

“I don’t get more fun, I don’t dance, I don’t get relaxed,” wrote Teigen. “I get sick, fall asleep and wake up sick, having missed what was probably a fun night.”

“I had my fun with it. And [I] appreciate anyone that can enjoy it responsibly!!!!”

We got the idea to tie the functioning alcoholic with Chrissy Teigen’s drinking from a piece Lisa Salmon wrote for The Independent. Salmon entwined the two after Teigen took an Instagram walk down memory lane. We’re glad that she did so too. Why? Well, in the first place the topic definitely needs to be discussed. In the second, Chrissy Teigen brings over 32 million others in on the discussion.

Teigen deserves to be recognized too. No, not for her star wattage (though there is that), but for her personal courage. Stepping up in front of people and admitting a problem takes some serious bravery, no matter how many others there are. When the others happen to number in the stratosphere, that bravery requires some serious compounding. And Teigen pulled it off with her customary charm and candor.

It couldn’t have been easy either, even for someone who lives such a public life. Then again, living such a public life has lately turned out to be a large part of Teigen’s unease. A few months back she was forced to face some very heavy trolling she’d done in the past. And there too she handled it like a champ. In fact, her full apology impressively came via Medium rather than Twitter and went above and beyond any mere formal statement. Better yet, Teigen accepted full and unmitigated responsibility while she was at it.

Teigen has also been going off and on with alcohol, which is no surprise to anyone who’s ever had a drink or three too many. So perhaps it wasn’t prudent for her to memory lane about getting day drunk by herself when she and her husband John Legend lived in New York. It was probably even less prudent to claim she wasn’t bragging about slamming the drinks, because, after all, she’d been a “functioning alcoholic.”

That brings us full circle to day-drinking by yourself. There’s no real judging having a drink or two in the afternoon, even when you’re by yourself. But sitting alone and getting drunk while the sun shines down on the city certainly could seem to pose a problem.

Apparently Teigen took note and flashed back to her initial post slamming the practice.

“I was done with making an a** of myself in front of people (I’m still embarrassed), tired of day drinking and feeling like s**t by 6, not being able to sleep.”

Then again, she also may have flashed to the smile-soaked Instagram post celebrating 50 straight days of sobriety.

Teigen isn’t the first one to hiccup around the functioning alcoholic issue. And she sure won’t be the last. In fact, many, many alcoholics spend years telling themselves they were functioning just fine, despite a deluge of drink. And many of them probably were, for a little while anyway. But when one drink always leads to another, functioning inevitably comes undone. And in the end you’re left with nothing but “WTF?”

It’s best to nip that practice in the proverbial bud soon as possible. You know that. We know that. Lisa Salmon knows it too. That’s why she wrote the piece. That’s also why she got with the folks at The Priory Group. Word is Priory “operates over 7000 beds at more than 500 sites across the UK, including its flagship Priory Hospital in Roehampton.” In other words, they know a thing or three about addiction and alcoholism. So yeah, it was smart of Salmon to have them chime in on the functioning alcoholic.

“Alcohol abuse can sometimes be confusing and difficult to spot,” say Priory. “The person may perform well at work, have a pristine appearance and enjoy an active social life. [And] while they may seem okay to the outside world, it’s likely that warning signs and symptoms are appearing within the home.”

Indeed. Here’s what to look for:

If you’re reading this, you fully recognize the above. It’s important to remember that goes whether it’s alcohol or drugs. Yes, people also kid themselves about being functioning addicts. And while it may not be as prevalent, it’s out there. And it’s ridiculous.

Healing Properties congratulates Chrissy Teigen on her newfound sobriety. We also applaud her courage. Again, stepping up in public takes guts. And Teigen has shown she’s got what it takes. We hope this newfound sobriety takes her everywhere she wants to go.

What about you? You sober yet? Or are you still pretending to be a functioning alcoholic? How long do you think that will last? Who do you think you’ll hurt in the meantime? What will it cost you — in time, in money, in opportunity, in health? Think about it. Please. Then call someone. NIDA and SAMHSA both have leads. So do we. All you’ve gotta do is ring.