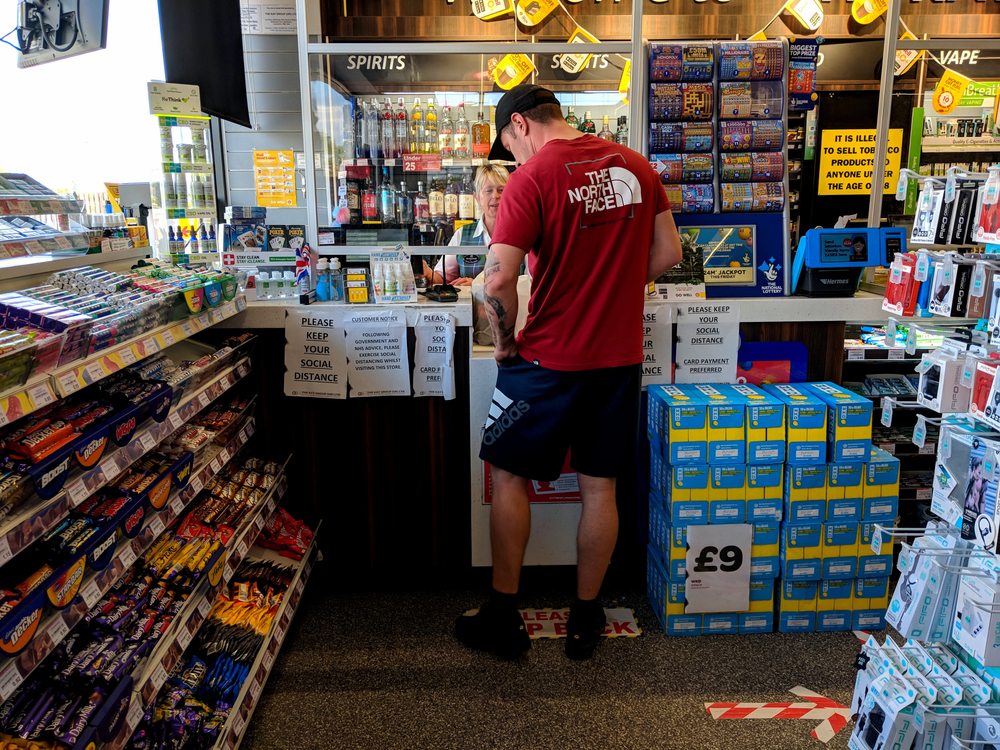 Gas Station Heroin: It Could Be Your Last Fill-Up

It comes in fetching little bottles labeled Tianaa and Za Za. It claims to provide a full day’s worth of focus and energy. And it just may take your life. It’s tianeptine. Otherwise known as Gas Station Heroin.

Tianeptine is generally sold under the brand names Stablon and Coaxil (thanks Wiki!). Much of the world considers it an atypical antidepressant and have therefore approved its use. It is not however approved in the United States, the United Kingdom, Australia, New Zealand or Canada. We don’t know whether or not the English-speaking aspect of that ban is just coincidence. Where tianeptine is approved though it is used mainly to treat major depressive disorder. Some physicians also provide it to treat anxiety, asthma and other ailments.

Lack of official approval hasn’t prevented tianeptine from being widely sold throughout the United States though. Not in the least. In fact, the drug is available in just about every state. One need not go far to find the drug either. Because it’s available at your local gas station and convenience store, as well as of course on your handy-dandy internet.

Tianeptine-packed products are marketed as “nootropics” (aka “smart drugs”). That is, dietary supplements that purportedly have cognitive-enhancing qualities. There are natural nootropics (i.e. Ginkgo biloba, caffiene). Tianeptine isn’t one of them however. Why? Because it was discovered and patented by French scientists. Oddly enough, even France is now restricting its use.

Investigators from the Emmy Award-winning talk show The Doctors took a deep dive into the gas station heroin phenomenon. They didn’t like what they found either. Why? Well, in the first place they found the so-called supplements to be highly addictive. In the second place they discovered the little darlings can also be deadly.

Senior investigative producer Leslie Marcus laid it all out. Tianeptine is not approved by the FDA. Never has been. Likely never will be either. Though it has been used as an antidepressant in other countries. She also said most over-the-counter supplements contain drugs far in excess of recommended amounts. And that naturally can lead to disastrous consequences. Furthermore, the drug binds to the brain’s opioid receptors in a way that promotes even higher doses, leading to ever more dire consequences. Such is exactly the case with tianeptine supplements.

Marcus also got with a former tianeptine addict named Brandon. Brandon said his tianeptine addiction was so extreme that at one point he was taking up to six bottles a day. Yes, as you probably suspect, Brandon bought his drugs at the local gas station. And yes, as you probably suspect, he says the high was much the same as other opioids. As you also probably suspect, Brandon began suffering severe withdrawal symptoms after about five months. Stomach cramps, chills, fever, vomiting, body spasms… you name it. From then on he was taking the pills simply to avoid getting sick.

Thankfully, Brandon was eventually able to get treatment and is no longer stuck on gas station heroin. Let’s hope he’s off the drug for good.

Further Proof of its Dangers

Marcus also got with a Mom who lost her son to the drug, a recovery expert who said sellers are engaging in “predatory business practices,” and a public health advocate who’s long been lobbying the FDA. That advocate, Laura MacCleery, is the Policy Director for the Center for Science in the Public Interest. And she believes tianeptine should be banned permanently. MacCleary also admitted that the FDA just might not have resources enough to fully address the issue.

But if not them, then who? Surely dietary supplements fall under the FDA’s purview. Alabama State Representative Mike Holmes isn’t waiting on the FDA. In fact, Cotton State lawmakers are debating his bill to ban tianeptine as this is written. Unfortunately, Holmes told Marcus he’s facing stiff opposition from friends of those who are making bank off gas station heroin.

Marcus wasn’t content to simply hear from others though. She actually tried the drug herself. And after just one pill she said “It felt like a hardcore opioid a doctor would give you when you come out of a very major surgery.”

If Marcus was surprised, psychiatrist Dr. Domenick Sportelli was “shocked.” Shocked that tianeptine is even considered a nutritional supplement, not to mention that it remains unregulated. He was especially aghast considering the drug can easily decrease someone’s respiratory drive, increase their blood pressure, cause an irregular heart rate and/or induce a coma. Don’t even bother asking how he feels about the fact that tianeptine can sometimes also lead to death.

Before they were finished, The Doctors also reached out the Council for Responsible Nutrition. The Council’s response? Well, in a rather wordy statement it basically said three things: Tianeptine isn’t safe. Tianeptine isn’t legal. And the FDA needs to crack down on producers and sellers alike.

Healing Properties salutes Leslie Marcus and The Doctors for bringing such a dangerous subject to such widespread attention. It’s certain their investigation opened up a lot of eyes. So too the efforts of both Laura MacCleary and the Center for Science in the Public Interest, and Alabama State Representative Mike Holmes. When public advocates and public servants come to such a meeting of the minds we all benefit. And it’s clear both parties have only our very best interests in mind. We’d also like to thank everyone else who helped Marcus get to the heart of what most matters re: tianeptine. And for helping to prove America has no room for gas station heroin.

If you’ve fallen afoul of this so-called supplement, please reach out for help. Whether you call us or someone else doesn’t matter. Just so you call someone. This gas station heroin is not worth the expense — to your health or to you bank account. And it most certainly isn’t worth your life.