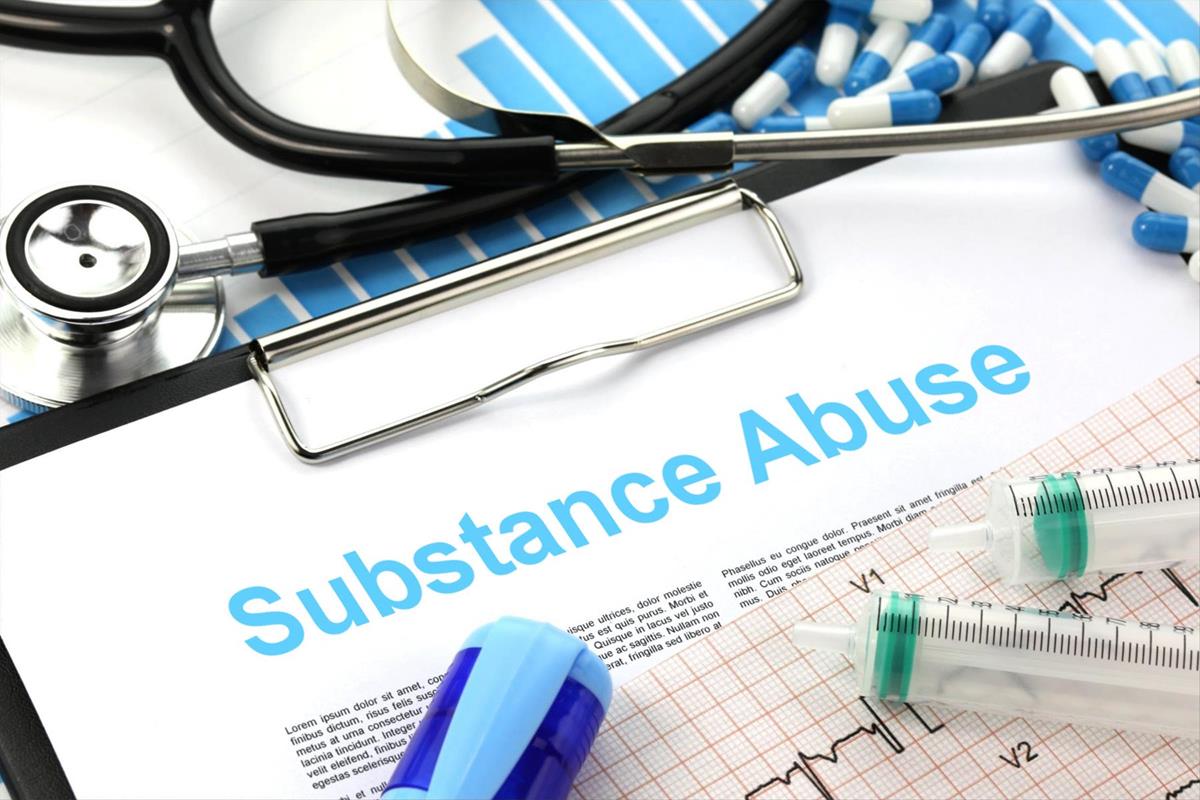 Believe it or not, there’s some good news about substance abuse. In fact, it’s coming in from all across the country. So let’s try focussing on the bright side.

Yeah, we know. It ain’t exactly easy to focus on the bright side of such a dire equation. Especially considering how often we’re hit by alarm bells, crisis protocols and the rat-a-tat-tat of sad and tragic facts. Nevertheless there is good news about substance abuse. Damn good news. And it’s springing in such disparate places as Sag Harbor, New York, Cedar Rapids, Iowa and Phoenix, Arizona. Heck, the entire state of Colorado even came through with some good news. That’s how serious the spread is becoming.

Let’s hope this rad rush of positivity increases each and every day, so the entire country can enjoy some good news about substance abuse. Zeus knows we could use it.

Like every other city, town, village and hamlet in the country, Phoenix has seen a significant increase in relapses and overdoses due to the coronavirus pandemic. Phoenix has also seen its fair share of citizens who are sick and tired of seeing more and more of their fellow Americans fall prey to pandemic parameters and protocols. Many of those citizens are themselves recovering addicts. So they know the wrath, as well as what it takes to get beyond that wrath. And they’ve now vowed to put what they know to great good use.

Rob Best is one of those citizens. The recovering addict had become increasingly sick and tired of seeing more and more of his fellow Phoenicians slip back into their old bad habits. But rather than gripe about the situation, Best decided upon a counteraction. A serious counteraction. So he grabbed together a few good friends and launched an initiative that would do just that.

Best’s action-packed counteraction is called The Barbell Saves Project. Like you might suspect, the initiative is primarily physical. Yet it also has a rather serious community element. In fact, strengthening the community seems to be as important to Best as strengthening bodies. That’s probably why he’s backing the play with his very own business.

Yep, that’s right. The Barbell Saves Project is based at Crossfit Uru, which just so happens to be Best’s own business. So he’s not only supporting the recovery community in fact and in deed, but he’s also serving as an example of what successful recovery looks like. A true double-plus in anybody’s playbook.

Best doesn’t downplay the fact though; he goes one further. He doesn’t even mention it! In fact, he did an entire interview with KPNX 12 News’ Rachel Cole and never once mentioned he was the owner of Crossfit Uru. Best did say though that the mission to help those struggling with substance abuse is now more important than ever. He also said a facility focused on wellness will help those in need of moral and physical support.

Most importantly though, Best told Cole that resources, regimes and a refreshing mindset can help manage monumental struggles. With The Barbell Saves Project, it appears Best is providing all three, albeit ever so humbly.

“I can’t emphasize enough how important it is to get out there and get moving,” he said.

Eli Kirshbaum and the great good folks at State of Reform delivered the news. (As they so consistently do.) And — yes! — the news was good too. Even better, the good news concerned substance abuse.

Health First Colorado (formerly known as Colorado Medicaid) will now also be including inpatient and residential Substance Use Disorder (SUD) treatment services in its care plan. The Colorado Department of Health Care Policy and Financing (HCPF) announced the addition, and, needless to say, the news was welcomed by all Coloradans. The news was especially welcomed by the addiction recovery community, because these services were previously only covered for outpatients.

The step was a longtime in coming. Though Colorado Medicaid has covered outpatient SUD treatment since 2006, a bevy of procedural and policy entanglements at the Department of Health Services’ (DHS) Office of Behavioral Health prevented the agency from providing a full continuum of care. Thankfully, that will no longer be the case.

“Now we actually have the full continuum,” said Deputy Medicaid Director for HCPF Laurel Karabatsos. “As managed care organizations, we have a real emphasis on the care coordination aspect, so assessing a whole person, what services they need, and integrating those with their other medical or behavioral health services and meeting them where they are.”

Again, a most welcome enhancement to Colorado’s addiction recovery landscape. And so much better to report an increase in addiction treatment coverage rather than an increase in relapses and/or overdoses. Thanks State of Reform!

Our next piece of good news about substance abuse comes from Long Island, New York. Actually, it’s from the Hamptons. Sag Harbor to be precise. And The East Hampton Star’s Christine Sampson did the reporting.

The news? Money. A good chunk of change too. $125,000 worth. Payable over the next five years. All courtesy of the federal government. The funding is going to SAFE in Sag Harbor. And every penny will be directed toward combating substance abuse among the region’s youth.

SAFE stands for “Substance Abuse Free Environment.” By environment they mean community. Period. In fact, SAFE is community-based, community-centered and community-focused. Which is to say the organization consists of a coalition of community-minded community members, including parents, educators, representatives of law enforcement, students, members of the business community, local media and others.

The money comes from a $102 million federal appropriation for the White House Office of National Drug Control Policy’s Drug-Free Communities Program. Like all funding, it’s most welcome. Especially with the covid/opioid double-whammy, which has compoundedly affected young folks.

“We know the impact Covid-19 is having on mental health and alcohol and other drug use,” said SAFE’s Executive Director Kym Laube, “and [we] anticipate the need for prevention strategies to increase. This funding will help us continue our efforts and implement evidence based practices for positive community change.”

Here’s to keeping it SAFE in Sag Harbor.

Our last blast of good news about substance abuse springs from Eastern Iowa. The town of Iowa City to be exact. Though it concerns the counties of both Johnson and Linn. Seems both counties are set to see a considerable upgrade in mental health and substance abuse services. An upgrade that will help people in crisis, as well as hospitals and first responders.

We speak of Guidelink Center, a community-initiated collaborative led by the Johnson County Board of Supervisors. Guidelink will offer urgent mental health and substance use care, 24 hours a day, 7 days a week. The “goal is to provide easier access to immediate, onsite assessment and stabilization — outside of a hospital setting — for those 18+ years of age who are experiencing a mental health or substance use crisis.”

KCRG’s Taylor Holt delivered the news. “The center offers a new solution for adults in crisis,” she wrote. And it’ll relieve some of the pressure the pandemic has placed on police and emergency rooms.

“When it comes to mental health issues we’ve seen numbers on the rise,” said Guidelink Project Manager Matthew Miller. “We really think this will be beneficial for keeping a majority of folks out of emergency rooms and jails who don’t really need to be there. This is a great third option.”

The center will have four main units, reports Holt, including those for crisis stabilization and crisis observation on the mental health side. The building also houses a homeless shelter.

“On the substance side of things, we provide detox to people who are seeking to detox before they enter another type of treatment program,” said Miller. “We also have a sobering unit, which is primarily a jail diversion program.”

A Linn County Guidelink Center is also slated to open in the very near future.

Healing Properties is delighted to bring you so much good news about substance abuse. We’re also incredibly encouraged by all the purely positive efforts and initiatives being put forth across the country. Suffering from addiction is no longer an isolated problem. And the multitude of addiction fighting efforts unequivocally prove that fact.

We’d also like to salute each and every one of those good news-makers. Whether it’s Rob Best and his physically fit Barbell Gang or do-good policy monitors like State of Reform, America is fielding an increasingly engaged citizenry. And it’s these engaged citizens that will move the country onward and upward and forward. In fact, that forward momentum is evident in both the Johnson County Board of Supervisors’ Guidelink Center and Health First Colorado’s coverage expansion. Let’s hope both bode ever more forward momentum to come.

How about you and yours? How are you faring through the pandemic? Holding on? Hunkering down? Hiding out? Have you slipped or slid? If you have don’t sweat it. You can still regain your footing. Just pick up the phone. Even if you’re not in South Florida, give us a ring. We’ll put you in touch with someone who can help. It’d actually be our pleasure to do so. Really.

Meantime, please stay safe and sound. There’s light at the end of this tunnel. And it’s getting brighter by the day. Remember that whenever the dark starts acting up again.