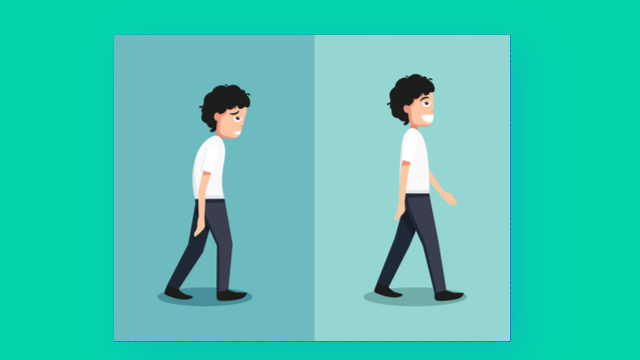 Halfway to Relapse: What Happened to Hugo?

Over the weekend we learned that our friend Hugo was about to go from halfway to relapse. Some of you may have been surprised. Most of you probably weren’t. Sure, Hugo had been working a good program. He had a sponsor, made meetings, had strong sober support. He even had a job working alongside others in recovery.

Turns out though, there may be such a thing as too much recovery. Or at least too much early recovery.

Then again, maybe it was simply too much of the wrong early recovery. Yes, Hugo was talking the talk. He was even walking the walk, but somewhere inside there lurked a voice who wanted no such thing. You don’t find the one person in a restaurant full of recovery who’s itching to relapse unless you yourself have an itch. And if you do, well, you use the occasion to help the other fellow and strengthen your own recovery.

Hugo though opted to scratch the itch. Now it’s a question of whether or not that scratch would wind up being an actual gouge.

Peter had been texting someone named Say every 30 minutes for nearly three hours. Since Hugo was basically looking over Peter’s shoulder every text of the way, he was right there when Say finally texted back.

Peter didn’t bother trying to craft a reply — he simply slipped to the back of the kitchen and called the guy.

“Yo, Say. This is Peter. We met at Checkers a couple weeks ago. You said if I ever need anything to give you a call. Well, I’m calling…”

Peter’s words flushed from his mouth like an airplane lavatory’s toilet. Unfortunately there wasn’t any industrial-strength deodorizer masking their foul smell.

Say didn’t need to wait for him to flush again.

“At work. On Atlantic. But I get off in less than half an hour.”

“Meet me back at Checkers in an hour.”

When Hugo watched Peter return to the kitchen, he could see “good news” written all over his face.

“Dude, your smile is bigger than my ego! Guess you reached your man.”

Peter and Hugo pretty much ran across Atlantic Avenue once they got off work. In fact, they arrived at Checkers within eight minutes. The two were taking turns pacing in front of the walk-up windows when Peter spotted Say’s low-slung Civic.

“There he is!,” said Peter, in the loudest whisper possible. “Coming up from 6th Street.”

“Do you think I’d forget that car?”

Hugo looked back at the car, tried to decide on its color. Muted Scarlet? Dulled Blood Orange? It looked like someone was trying to tone down an eyesore. They should have tried harder.

The eyesore Civic pulled into Checkers and joined the drive-through line. Say popped out of the passenger’s seat, then began walking toward 5th Street. He nodded for Peter to follow.

Peter added a second twenty to the first, waited a beat, and then shook Say’s hand. By the time they’d unclenched the exchange had been made.

Say stopped and made like he was studying the signboard in front of Sweet’s while Peter kept walking north on 5th Street. Hugo quickly followed.

The men scanned the block, then broke like two eager cheerleaders.

The Fire Rescue pulled up to Subculture Coffee within two minutes of the 911 call. The 911 call was made within 30 seconds of the scream. A woman had inadvertently walked in on someone jabbing a needle into their arm. The scream punctuated the thunk of the person slamming down on the bathroom floor.

It was Peter. He’d ODed.

The First Responder saw the syringe laying next to Peter and immediately hit him with Narcan. He gave it a hot minute, but once it was clear the nasal spray wasn’t working, his partner grabbed the auto-injector. Responder #2 jabbed the dose into Peter’s upper thigh, straight through his jeans.

“A third dose,” said the first.

Hugo then walked out of the other restroom; saw a small group of people crowding the other bathroom door. He started sliding his way through.

Hugo slunk back into the coffee shop proper, then quickly took a seat at a small table by the front door. If he was also going to fall-out, he wanted to be sitting down.

Then Hugo heard another commotion coming from the bathroom area.

The paramedics took Peter out through Subculture’s back exit, so only a very few people saw he’d been completely covered in a white sheet. Hugo saw though. Only too well. After all, he’d been focused on that bathroom door since it slammed shut.

Ten minutes later, Hugo still hadn’t moved. He still couldn’t believe what had happened either. He’d taken the same drugs at the same time, yet he didn’t overdose. Then again, he did only snort a small bump.

Then Hugo saw one of the responding cops carrying a clear plastic evidence bag well away from his body. At first he wondered why. Then he saw the bag contained a syringe and wondered no more. Of course the cop was handling the evidence with extra caution. It apparently was a lethal weapon.

Hugo took a deep breath and then addressed the cop.

“Excuse me officer. Do you know what happened to the guy?”

Hugo was finally becoming convinced. His and his pal Peter had just went out for a joy ride, yet only one of them would be returning.

The cop looked at Hugo a long second longer. It was almost as if he had spotted the lie and was weighing the worth of following through. He walked away.

Hugo jumped. It was the barista. Hugo’s coffee was ready. It seemed insane to sit there drinking coffee while his friend was dead. Then again, he sure didn’t want the barista to keep calling his name.

He walked to the counter, grabbed his coffee, then walked out and sat at another table.

Hugo sat staring at his coffee, consumed with guilt and shame. He wasn’t the first addict to go from halfway to relapse. Not even close. So why did he feel like such shit? Well, losing a pal could do it. Losing sobriety doesn’t help.

Even worse, Hugo almost lost his life too. He came that close. If he’d used a rig, he’d also be dead. Fortunately Hugo hated needles. These days though, you don’t need needles to kill yourself. You only need a little too much. He could’ve easily died from simply doing a bigger bump.

Hugo felt sick to his stomach. He quickly rose and ran around back to the Subculture parking lot. Then he started violently vomiting. It felt as if he was puking out every ounce of guilt and shame. He wasn’t of course. That guilt and shame would be back in 20 minutes. Right then though, Hugo was at least feeling a little hopeful.

Hugo rode that hope straight back to Healing Properties. Jack happened to be leaving the office as Hugo approached. He could see the high in his eyes from across the courtyard.

“Really, Hugo? You were doing so damn good.”

“Well, that depends… How long have you been back at being bad?”

“Not even an hour? Come in and tell me about it.”

Jack reopened the office door and led Hugo inside. Once he heard Hugo’s story and noted the sincerity in his voice, he set him up in stabilization. Hugo would need to clean days before he could rejoin everyone on property. But if he was willing, HP would give him a second chance. There would be no third.

All this happened over six years ago. Hugo’s been sober ever since. He also moved back to North Jersey, met a beautiful woman and then the two opened their own food truck. It’s called Second Helpings. They tell everyone it’s because the food’s so good you’ll ask for a second helping. In reality though the name springs back to the day he lost a friend yet ended up finding his way.

Healing Properties has been helping men get sober since 2002. Men like Hugo. And men like you. Got doubts? Give us a ring. We’ll put those doubts to rest. And we’ll get you well on your way!