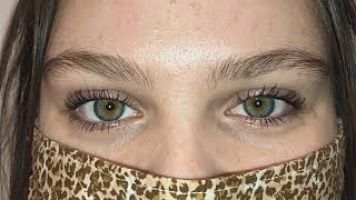 Heroin outreach often does more than it’s intended; however the HOPE Initiative proves it can do even more still. Much more. Then again, when the local FBI office leads the charge and a region’s best and brightest high schoolers are issued a challenge, well, more is pretty much par for the course.

HOPE stands for Heroin Outreach Prevention and Education. The FBI Pittsburgh Division and FBI Pittsburgh Citizens Academy are the annual Initiative’s primaries. And they’re supported by an array of community partners, including the Pittsburgh Penguins Foundation, Everfi, Centimark and Levitt Legacy. This year the cast of concerned citizens put out a call to all high schoolers to come up with a pandemic-related PSA that steers kids away from drinking and drugs.

As implied, the contest — HOPE PSA — brought out the best and the brightest high schoolers in all of Western Pennsylvania. We’re here to herald the team at Forest Hills High School, whose “Blink of an Eye” took third in the competition.

The town of Sidman, alas, isn’t a town. It’s not even a borough. It’s what’s called a census-designated place. It used to be a bigger CDP (St. Michael-Sidman), but in 2010 St. Michael went out on its own. That left Sidman with a population of 431.

Okay, so that means there are more students in the high school than there are residents in the, er, town. But that doesn’t mean Forest Hills High School isn’t all that — and then some. It just means they’ve got to try a little harder. Consequently, the school’s graduation rate averages in the mid to high 90s each and every year, and its keen, cool creatives do things like place third in very competitive contests.

Participating schools were required “to make and submit a video highlighting the struggles of the pandemic and [provide] ways to safely cope,” goes the report from WJAC-TV’s Sean Eiler. The students thought it was a great idea. They always do. They also thought it was the best way to reach their peers.

“Teenagers usually don’t want to listen to their parents,” Erin Wright told Eiler. “But whenever it’s coming from other teenagers, or people that are their age, I think it’s easier for [things] to resonate.”

Wright should know. She’s one of the students behind “Blink of an Eye.” She’s also one of the creatives who helped curate the numerous pandemic-related stories featured in the video. One of those stories is from senior Olivia Guillarmod, who lost her grandmother to the coronavirus. And it sets a deeply poignant tone to the proceedings.

“She was a big part of my life,” said Guillarmod. “Me and her were really close. Losing her definitely hurt me, but I didn’t turn to bad things.”

That in itself is remarkable. After all, few adults had strength enough to weather such losses without resorting to substances. That Guillarmod also kept positive throughout the ordeal makes it even more remarkable. It’s also a great testament to her, as well as the rest of the kids at Forest Hills.

“Not everything needs to be turned into a negative outlook,” said Guillarmod. “Hopefully my classmates around me will see that, (and) take the opportunity to change everything into a positive outlook.”

Madeline Cecere was also in on the video storytelling. She lost her entire junior year basketball season. The games and the rallies and the training and the teaming up with friends new, old and unexpected; the hope and the sweat and the cheers and, yes, even the tears. In other words, a season of happenstance and wonder and accomplishment, of every imaginable size, shape and stripe, that neither she nor her teammates will ever get back.

Yet, said Cecere, “instead of turning to bad substances, illegal substances, bad paths — we turned to friends (and) family. And it honestly went a lot better for us.”

Of course it did.

Rylee Adams still can’t get over the fact that a school the size of Forest Hills placed so high in the contest. “I think it was just amazing that we’re just a small school and we won third place, which is like a really big deal.”

He’s right. It is a big deal. But he and his video-creating colleagues know that the most important part of the win is its capacity to further spread their message.

“Whether you can get it through to one person, or hundreds of people, and save their lives, that’s ultimately the goal,” said Wright.

A New Chapter in Heroin Outreach Prevention and Education

Healing Properties salutes both the FBI Pittsburgh Division and FBI Pittsburgh Citizens Academy for again putting together the engaging HOPE PSA and for challenging their region’s kids to step up on their own behalf. Even one look at “Blink of an Eye” proved there’s a legion of caring kids out there; there’s also a legion of kids who are determined to stand tall in the face of adversity. Not just above the fray, mind you, but also above the numerous cliches that have been wrongly affixed to their generation. In that regard we also salute the kids at Forest Hills High, both for “Blink of an Eye” and for showing folks that they underestimate you at their peril. It’s terrific to see a team step up and score to such great good degree. It’s just as terrific to see a team from a town that’s not even a town hold their own against all the big city kids. Proof positive that there are hotbeds of talent all over this country we call home. May that talent continue apace until it takes its rightful lead.

Speaking of heroin outreach… Are you battling addiction? Is a loved one having trouble with substance abuse? Could you use some help? It’s out there, you know. In Pittsburgh and beyond. All you’ve got to do is call. So please. If you’re suffering. Pick up the phone. It just might save your life. Really. 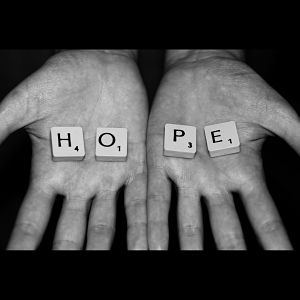