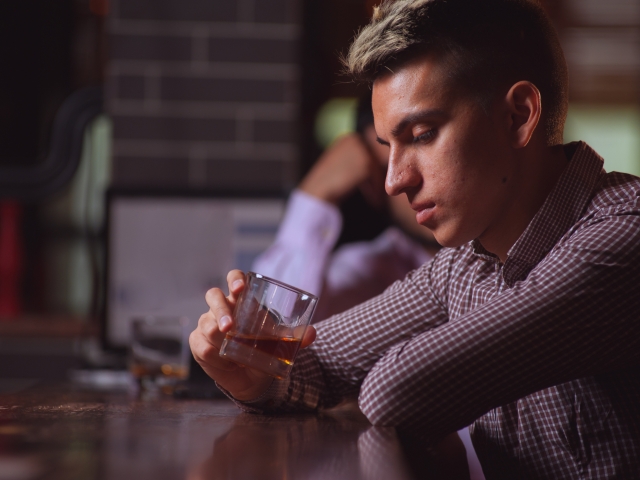 How To Deal with a Son’s Substance Abuse

Parents often know their sons better than the sons know themselves. So they’re often the first to recognize the signs and symptoms of a son’s substance abuse. But what to do? How do parents best deal with a son’s addiction?

Greater Good Magazine‘s sociologist, coach and columnist Christine Carter got with Creative Drug Education co-founder Richard Ryan in response to a letter from some very concerned parents. We at Healing Properties thought their advice was well worth sharing.

[the following article extract has been edited]

Our son is in his second year of undergraduate study. He has found his niche in the Greek system. It is something he is passionate about. He loves the people and the camaraderie.

We’re worried because his use of drugs and alcohol has grown along with his entrance into the Greek system. His marijuana and drinking habits had been somewhat frequent in high school. Now though they’ve become significantly more pronounced. When he is home from college, his unhappiness seems intense. And he seems to only be able to get in a good mood when he has had something to drink or smoke, which is often. He also avoids interaction with people by spending time on screens.

We have always tried to be supportive parents. And we’d felt that our son had been growing into a fine person, with a lot of good qualities. But now we’re faced with the fact that he may have a real substance abuse issue and is heading down a dangerous path.

The Concerned Parents of a College Student

In many ways your son sounds like many other young men his age. However there are several things about his drug and alcohol use that set him apart.

A significant part of the Greek system involves frequent use of drugs and alcohol. In fact, a Harvard University study reported that four out of five fraternity and sorority members are binge drinkers. That’s double the amount of college students overall. Consequently, fraternity members risk highest for developing a substance abuse problem. The risk is especially acute for those who are white and under 25.

Worse, a student’s substance abuse problems often persist long after graduation. The National Institute on Drug Abuse (NIDA) says close to half of fraternity members report symptoms of Alcohol Use Disorder (AUD) at age 35. Research has also shown that fraternity and sorority members tend to have a significantly higher prevalence of marijuana use into their mid 30s.

In other words, fraternity culture is fraught with risk. Fraternities typically expect members to participate in drinking “bouts,” or contests that encourage rapid and excessive alcohol consumption. And considering around 5,000 college students die from unintentional alcohol-related injuries each year, this is a nothing short of a recipe for a disaster.

Signs of Substance Use Disorder (SUD)

There are several significant differences in your son’s behavior that are a cause for concern. The most notable difference is your son’s change in demeanor when he his system has very little or no alcohol or marijuana. It’s of particular concern that the changes in his mood and personality are profound and sudden. It may well indicate that your son has a Substance Use Disorder (SUD).

Another sign is that his drinking and marijuana use dates back to high school. The earlier the age an individual uses a substance to change how they feel, the greater their risk of their becoming attached, both emotionally and physiologically. The risk of addiction or dependency is especially high for those who begin using substances at the age of fifteen and younger.

It’s particularly troubling that your son only seems to be in a good mood when he is using alcohol and marijuana. This suggests that he is unable to experience happiness unless he is high. That generally means his sense of well-being and emotional stability relies on being in an altered state.

Addiction is the physiological attachment, while dependency denotes the emotional, mental, and sensory attachment. Dependency is far more complex and challenging than physiological addiction, but it’s equally treatable.

Your son clearly demonstrates all the signs of dependency. I know that’s so hard to read. And I’d fully understand if you didn’t want to believe it. But you had the courage to ask for advice, so I believe you’re brave enough to get through this.

First, talk to him about your concerns. Although it often might not seem like it, parents still have a lot of influence on their older teens.

Your son will likely defend his addictions. He may even become angry and lash out. The response is up to you. It’s important for parents to form a united front, no matter what. If your son surprises you and asks for help, be prepared to take him to an addiction counselor immediately.

Second, get some help right away. An addiction counselor or clinician can provide a clear path forward, for you as well as for your son. Your best bet is a licensed psychologist or licensed clinical social worker who specializes in addictive disorders.

You might also want to consider an intervention. If so, seek the help of a professional interventionist. Interventions are designed to help break through denial and get college students with addictions into treatment. Most colleges and universities have their own campus recovery programs. Some institutions even offer sober living environments. See what’s available at your son’s school.

Whatever you do, do it now. Many parents may be tempted to wait until their son graduates from college and is free from fraternity influence, especially if he’s doing well academically. But academic achievement doesn’t necessarily mean everything’s okay. There are many highly functional alcoholics. Very few of them are either happy or fulfilled. Then again, drug and alcohol dependency is neither joyful or fulfilling.

Third, stop enabling his drinking and drug use. Allowing substance use at home or funding drug- and alcohol-fueled fraternity experiences sends a mixed message. Sharing a drink or joining a fraternity may represent longstanding traditions. But that doesn’t always mean it’s a good thing. The world is radically different now than it was even a generation ago. And it’s hugely important that parents not normalize self-harm.

Set up speed bumps to your son’s risky behaviors. Money, or lack thereof, can be a fantastic speed bump. Sure, your son will continue to make his own choices about how he socializes and what substances he uses. But you don’t have to pay for it. If he wants to spend his hard-earned minimum wage dollars on weed, alcohol and fraternity fees, that’s his call.

None of this will be easy. But all of it is doable. Remember: You’re strong enough to handle it. And so is your son.

We at Healing Properties would like to thank Christine Carter, Richard Ryan and everyone at UC Berkeley’s Greater Good Magazine for allowing us to extract and edit the above exchange. We’d especially like to thank the Concerned Parents for writing and asking for advice. If you or your loved one is experiencing substance abuse issues, please give us a call. We’re here to help. Just as we’ve been here since 2002. And just as we’ll be here till everyone who suffers from substance abuse gets the help they need.