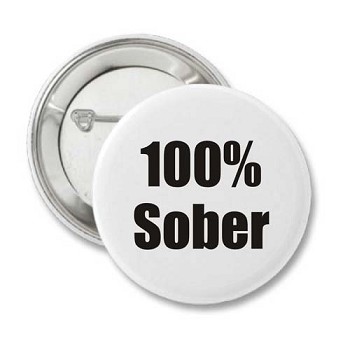 Do you want to know a sure-fire way to know you’re 100% sober? One solid move that will prove to yourself and everyone else that you can talk about drinking and drugs without succumbing to either? A method that will illustrate once and for all that you can spend a good two hours watching drugs be bought, sold, ingested and seized and not be bothered a bit? Well, we’ve got you covered. Big time.

It’s a triple play too. One involves meth. Another involves heroin. A third concerns cocaine. They’re narco videos. And here they strike thrice.

The videos spring from three distinct periods and places. They were also created by three separate newsgroups, and deliver three unique narratives. But as separate and distinct as these three happen to be, the arcs of the stories all curve the same. Some people are making money off drugs, and other people are dying from them.

Such is the drug life.

But if you can screen all three without missing a sober beat, then you dear friend are 100% sober!

In Bristol, UK, a keen-eyed Customs Officer spots a passenger dressed in a suspiciously smart suit attempting to make a swift getaway. A subsequent bag search reveals three kilos of cocaine hidden in the carrier’s case. In Gatwick officers are on the lookout for a passenger with a bad past, and a not very promising future. Worse, his present has all the earmarks of being highly illicit. And in Cornwall, the customs officers hit a massive Polish cargo vessel looking for potential smugglers and discover a stash of 10,000 cigarettes.

These are England’s Real Responders, and it is they who are tasked with keeping the country free of illicit substances, as well as the activity that goes with. Like other shows of this sort, RR provides a back-of-the-house look into frontline crime-fighting. Here however it’s at the ports and airports which keep the UK turning. The show also occasionally follows Immigration Authorities into the back alleys, hidden warrens and council houses across the country, which adds yet another compelling dimension to the already compelling series.

Real Responders has its own YouTube Channel, as well as a FaceBook Page, both of which are hosted by the good folks at Little Dot Studios. There’s also a Little Dot Studios Digital Broadcast Network, which consists of a suite of over 30 brand channels, including Wonder, Timeline, Absolute History and Amplified. Healing Properties offers a hale and hearty thanks to Little Dot Studios for permission to slip you this episode.

News shows are supposed to be timely. After all, it’s not just what they do, it’s what drives them to do what they do. In other words, their stock-in-trade, as well as their raison d’être. Consequently nobody’s surprised when a news show is right-on-the-money, timewise.

When a news show is at once prescient and perfectly timed? Well, that makes for a whole ‘nother kind of news show. The kind of news show that’s so tapped into the world it can actually forecast where said world will go. We don’t mean an informed supposition (though there is that). And we don’t mean a statistical deduction either (though in some ways there is that too). We mean a merging that’s equal parts Nostradamus and equal parts Upton Sinclair.

We hyperbolize of course. But only just. Because the duly-acclaimed FRONTLINE does indeed have the wherewithal to map out now,, as well as what’s to come. It also makes for damned compelling television. And this decade-old episode on the Meth Epidemic is proof positive of both.

Back then meth seemed solely stricken to bikers, truckers and circuit party people. It was a strange mix, alright. Then again, meth is a strange drug. Useful too. And an especially excellent aid for those taking the long haul, whether on the highway or the dancefloor. When FRONTLINE saw that meth was beginning to break out of its prescribed parameters, they decided to devote a show to the development. This is that show.

Did FRONTLINE anticipate meth eventually rivaling and then perhaps even taking the place of opioids? Hard to say precisely. But naming the surge an epidemic surely showed the show had the capacity to decipher the proverbial writing on the wall, even if it was written by a speed freak.

This FRONTLINE investigation was done in conjunction with The Oregonian, the longest continuously published newspaper on the West Coast — and a singularly astute news outlet to boot!

What a difference a decade makes! Or in this case, nearly six of ’em! Because that’s how many decades have elapsed since CBS News took to the mean streets of East Harlem and dug into the heroin trade.

And oh, what an eye-opening time did they have! Okay, so maybe not so eye-opening to the junkies and the dealers and the cops who actually prowled these mean streets. But it most certainly must have been eye-opening to the folks watching from home. In 1964 America? C’mon. Those were the days when controversy-free family fare like Bonanza, Bewitched and Gomer Pyle, U.S.M.C. ruled the airwaves.

Then again, many a U.S. street had caught fire that year, and many a city was consumed by race riots. The passing of the Civil Rights Act didn’t do much to help simmer things down either. Though — thank Zeus! — President Johnson’s now legendary legislation would eventually do a lot to propel our country forward.

Back then though, things were wild. And when things get wild, people get high. Here high means addicted. And CBS News gets up close and personal with a ragtag gang of inner city addicts in order to provide a vivid likenesses of the affliction.

But ace CBS News Correspondent Jay McMullen wasn’t content to merely peep around street corners to spot nickel bag deals. Quite the contrary. In fact, the irrepressible investigative reporter put two full years into this hour-long documentary, shooting footage in six different countries and interviewing enough of a cross section to deliver a real reveal. Compelling too. Damn compelling. Has the heroin business changed over the last six decades? You bet it has. But it’s nonetheless edifying to see where much of it all began, especially through these keen eyes.

So there you have it. Three compelling looks at three lethal drugs through three distinct lenses. Each of the above provides raw and uncompromising footage of the drugs trade. And each of the above is enough to scare you away from the drugs trade forever. Furthermore, if you can sit and watch all three without running to the dope man, you are indeed 100% sober. Maybe even more so.

But please, if you think there’s even the slightest, tiniest, most remote risk of relapse, don’t watch a minute of either. Please. It’s not worth it. Besides, you really have nothing to prove — to yourself, least of all to us. We just used that tag for those who are can flippantly dismiss the subject. Folks who do just that, over and over, again and again. Because apparently that’s what they need to convince themselves they’re 100% sober.

Whatever it takes or doesn’t take. It really doesn’t matter. Just so long as you’re happily sober. If you’re not though, and could use a boost, well, then give us a ring. Please. Healing Properties has been helping men get and stay sober since 2001. We’d be honored to help you do so too. Truly honored.

(Image from — and available at — Wooden U Recover)