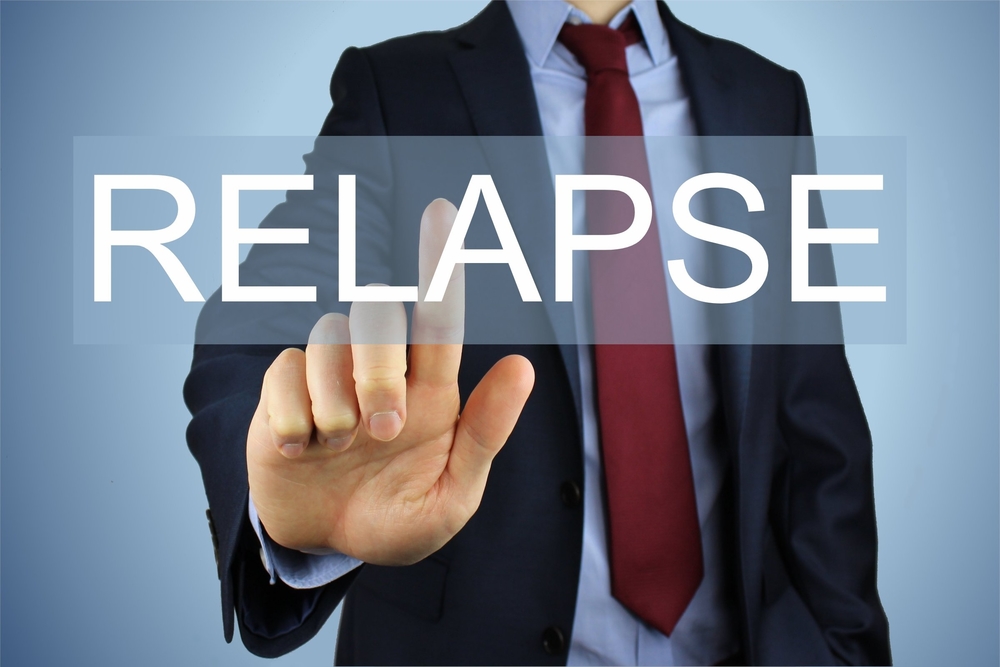 How to prevent relapse is the second oldest issue in addiction. It may however be the first most important. Sure, how to get clean is crucial. But we’ve pretty much cracked that nugget. It’s staying clean which has become the all-consuming issue. And that means preventing relapse.

Until recently, treatment providers have mostly relied upon experience and common sense. If our past didn’t provide an answer, well, then Simple Simon would. After all, it’s not too terribly difficult to know that the guy brooding by himself in the corner is likely to pick up a drink again. It isn’t too hard to guess that the gal who’s raving about her drug-running ex is about to pick up the old pipe either.

Now though we can go beyond surface projections and superficial guesses. Why? Because we’ve now also got bona fide smarties addressing the matter. One set comes from the Yale School of Medicine and works with Artificial Intelligence (AI). The other comes from Stanford and skews toward brain scans. It probably won’t surprise you to learn that both smart sets found some very reliable new ways to prevent relapse. However it might surprise you to learn they’ve come up with something even smarter than they are.

Seems AI can do everything after all, including being able to foretell which alcoholic is most likely to fall off the wagon. That’s what the good folks at the Yale School of Medicine seem to be finding out. And yes, the AI results ended up being more accurate than the clinicians themselves.

WebMD’s HealthDay Reporter Robert Preidt ran with the story. And he got it from Alcoholism: Clinical and Experimental Research. Preidt’s take is called AI May Help Spot Alcoholism Relapse Risk. But though “AI may allow care providers and patients to predict drinking relapses and adjust treatment before they occur,” we later learn it was in fact “likely to be more accurate than the clinicians” themselves. Perhaps that initial “may” may have been a trifle too hesitant. Because in our book, “likely” beats “may” every day.

Of course Preidt may simply be being a responsible reporter. And we could just be taking an over-optimistic read of the piece. Nevertheless, an undertaking with this much potential deserves all the optimism it can get.

And why not? The study was led by Yale psych professor Dr. Walter Roberts, a licensed clinical psychologist who specializes in substance use treatment. Dr. Roberts happens to concentrate on alcohol and tobacco use disorders as they occur in some of society’s most chronically afflicted, including repeat DUI offenders and adults with attention-deficit/hyperactivity disorder (ADHD). In other words, he goes where few dare but many more should. In fact, Dr. Roberts work is so unique he’s been recognized by both Children and Adults with Attention-Deficit/Hyperactivity Disorder (CHADD) and the National Institute on Alcohol Abuse and Alcoholism (NIAAA).

As you might suspect, Dr. Roberts is big on data. And in this study he and his investigators culled a trove consisting of more than 1,300 U.S. adults from 11 different treatment centers over a 16-week period.

Patients were randomly assigned to one of nine medication or behavioral therapy combinations, writes Preidt. The resulting data was used to “train” the machine learning algorithms so researchers could then create a set of relapse-predicting models. The study targeted three crucial time points – during the first month of treatment, during the final month of treatment, and between weekly or bi-weekly treatment sessions.

Turns out liver enzyme levels were one of the most important predictive relapse factors. So was the age when alcohol dependence began. From there the predictors aligned to patient self-report survey scores relating to various drinking behaviors and psychological symptoms.

One major plus is that all of the prevailing factors can be obtained relatively easily and inexpensively during AUD treatment itself. That means every treatment center across the country could start data mining without much muss or fuss. Can you imagine what kind of machine learning docs like Roberts could develop if they were armed with a national database of factors?

Something to think about.

The Stanford smarties, in contrast, directed their attention toward stimulant abuse rather than alcohol, and they employed brain scans instead of AI. Here too however the overriding objective was how to prevent relapse. When the study concluded, researchers found “activity in the brain’s reward-processing circuits could be the key.”

That’s how Nathan Collins reported the story in Stanford News, and that’s the reporting we’re using to bring you the story now.

First, a caveat. This was a small study – just 36 participants. It also only involved veterans, and mostly men at that. Yet any addiction treatment provider can tell you there are strong and consistent parallels between all drug abusers, especially those who abuse stimulants, so the findings should by no means be discounted. Besides, every journey begins with a few good steps, right? And brain-scanning three-dozen hardcore meth and coke users is one damn productive beginning.

Anyway, the study authors are well aware that this is merely a start. In fact, postdoctoral fellow and lead author Kelly MacNiven even stressed that fact. Still, if these preliminary results do indeed echo among other groups (as we suspect they will), they’ll certainly help doctors prevent relapse.

“Even if this doesn’t lead to treatments, we think it could be useful just as a way of determining who’s at most risk,” said Brian Knutson, a professor of psychology in the School of Humanities and Sciences and the paper’s senior author. We couldn’t agree more.

MacNiven, Knutson and colleagues were obviously not the first to try to predict who might relapse, even back in 2018 when this study was first conducted. They weren’t the first to look to brain scans for answers either. But just like the investigators at Yale, the Stanford set determined that demographic data, on its own, simply wasn’t enough. They’d also determined that previous research into the brain activity of animals couldn’t predict relapse, let alone prevent it. At least not with any substantial degree of accuracy.

“The results have been scattered,” Knutson told Collins. And Knutson definitely seems to be the type of results-oriented go-getter who’d know. After all, he’s also a member of Stanford Bio-X and an affiliate with the Stanford Woods Institute for the Environment.

The most promising result to spring from the Stanford study was discovering that “activity in one part of the brain’s reward system – a region called the nucleus accumbens – was strongly associated with relapse.” In fact, monitoring activity in the nucleus accumbens enabled the team to correctly identify 77 percent of the patients who’d relapse within three months.

It gets even better.

The researchers discovered that the more the patient’s nucleus accumbens responded to drug images, the sooner they relapsed. Conversely, the patients whose brains got less excited over pictures of crack pipes and coke bindles stayed sober over 90 days without much issue. In the end that number was a whopping 76 percent!

The above was part of Phase 2 of the Wu Tsai Neuroscience Institute‘s NeuroChoice Initiative. We’re not quite sure, frankly, whether or not there was a Phase 3. But we do see that Wu Tsai also happens to have another branch at Yale which is developing “powerful new theories and insights about what makes us human.” And we’ll let that nugget bring us full circle.

Just because AI and brain scans might have the jump on us doesn’t mean we should stop trying to spot potential relapses on our own. It doesn’t mean we should stop trying to stop them either. The tell-tale signs remain the same as they ever were. They also remain essential tools of the recovery trade. Here’s a quick recap in case they’re not in your toolbox.

An End to Relapse

Relapse happens. It always has and it probably always will. So will trying to prevent relapse. It doesn’t matter how smart we make our machines or how accurately we scan our brains or even how much common sense we apply. People are still going to pick up again, and others are going to try to find out when. But not even the best and most advanced treatment can fully prevent relapse.

We are however getting closer to the prize. In fact, as we’ve noted above, we are getting closer than ever before. Healing Properties applauds the great good folks at Yale and Stanford and everywhere else they’re attempting to help. And we wholeheartedly encourage them all to please keep at it. Again, relapse isn’t our oldest issue, but it is our most pressing. And the more we can limit its appearance, the better off everyone will be.

How about you personally? Have you relapsed? More than once? Well, don’t sweat it. Please. There’s no need. It happens to the best of us, as well as most of the rest of us. Besides, you’ve probably picked yourself up after a fall before, so there’s no reason you can’t do it again. Why don’t you give us a call? Let us give you an assist? Who knows? Maybe this time it’ll stick.