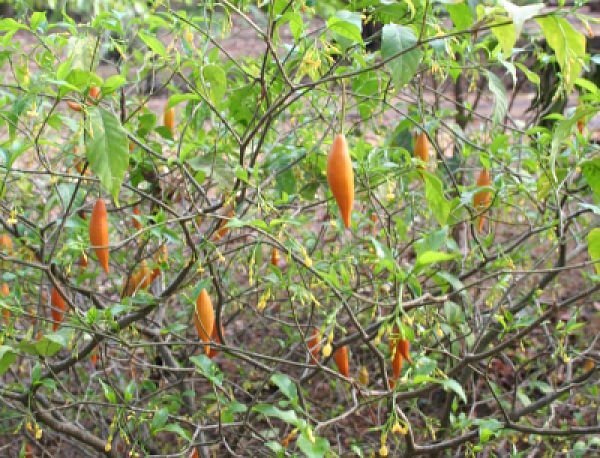 You’ve probably heard of ibogaine. You’ve also probably heard that it’s some kind of addiction-fighting wonder drug. “The drug-to-end-all-drugs,” wrote Village Voice reporter Aina Hunter back in 2005. Unfortunately, unless you’ve got serious resources (or you know a friendly shaman in Gabon), the chances of you getting access to this miracle substance are slim to none. Why? Because ibogaine is still illegal in the United States. So ibogaine-assisted treatment is limited to a few far-flung clinics — some sanctioned, others decidedly not.

But that all might change. See, the National Institute on Drug Abuse (NIDA) wants to know ibogaine’s true addiction-fighting efficacy. In fact, the federal agency is even putting funding into the issue. And what the research reveals will determine whether or not ibogaine gets to deliver on all its legendary promises.

It would not be a moment too soon either.

Ibogaine has a long and rather romantic history. In fact, its past is steeped in the allure of “the Other.” In this case, the Other consists of African tribes and psycho-spiritual adventurers for whom ibogaine serves as the root of all freedom. Or something.

Let’s turn to the great, good folks at Wiki:

Ibogaine is a naturally occurring psychoactive substance found in the root bark of the iboga tree (Tabernanthe iboga). It was first discovered by the Pygmy tribes of Central Africa, who passed the knowledge to the Bwiti tribe of Gabon. French explorers in turn learned of it from the Bwiti tribe and brought ibogaine back to Europe in 1899–1900, where it was subsequently marketed in France as a stimulant under the trade name Lambarène. Ibogaine-containing preparations are used for medicinal and ritual purposes within African spiritual traditions of the Bwiti, who claim to have learned it from the Pygmy peoples. And though ibogaine’s anti-addictive properties were first widely promoted in 1962 by Howard Lotsof, its Western medical use predates that by at least a century.

It’s Lotsof who really raised the flag here in the U.S. though, so it is Lotsof to whom we’ll turn now.

Back in ’62 Lotsof was a junkie skirting the sidelines of New York City’s academic circles. One day a scientist friend passed along a half dozen batches of ibogaine he had sitting in his freezer. Lotsof, in turn, shared the drug with six other junkie friends. Forty-eight hours later, five of those seven friends found they no longer craved heroin. Even better, none of them suffered the customary agonies that go hand-in-hand with opioid withdrawal.

They all did go on a bit of a trip though. A good bit of a trip. Forty-eight hours worth of out-of-body, out-of-mind, otherworldly experiences the likes of which none had ever before seen. We’re not sure if any of them encountered Our Universal Ancestor, but those psycho-spiritual adventurers certainly got out there.

They also experienced abnormally racing hearts. Little did they know those potentially dangerous cardiovascular side effects would stand in ibogaine’s way for decades.

Those side effects in no way diminished Lotsof’s zeal to bring ibogaine to the public though. Not even close. And from that blessed day forward he pushed and he prodded and he pulled any string he came across in order to raise awareness.

Then, finally, “in the mid-1980s, [Lotsof] persuaded a Belgian company to manufacture ibogaine in capsule form and begin offering it to addicts in the Netherlands.”

So wrote Dennis Hevesi in Lotsof’s 2010 New York Times obituary. It was the very same obituary which chronicled Lotsof’s groundbreaking ibogaine patent, as well as his teaming with Dutch psychiatrist Jan Bastiaans, who’d had gained renown by using LSD therapy for Holocaust survivors. It’s also where we learned the team’s subsequent treatment helped 20 of 30 ibogaine-receiving addicts stop using drugs for anywhere from four months to four years. Results like that, even preliminary, will certainly spur scientific interest. These results were no different. It wasn’t long before both the Food and Drug Administration (FDA) and NIDA were ready to back ibogaine research.

Unfortunately, some prominently-placed naysayers judged ibogaine’s potential side effects too risky for humans. There were apparently also issues with patents and contracts. Consequently, the FDA-approved trial ended before it could conclude. Ibogaine-assisted addiction treatment has been in limbo ever since.

“Lotsof’s great achievement,” said New York University School of Medicine’s Kenneth Alper, “was in inducing the NIDA to undertake a research project on ibogaine that produced scores of peer-reviewed publications and paved the way for FDA approval of a clinical trial.”

Much, much greater urgency.

If Forbes Staff Reporter Will Yakowicz December 7th report is any indication, that urgency is about to be met.

A lab contracted by NIDA’s Addiction Treatment Discovery Program will conduct preclinical tests on Delix Therapeutics’ compound to evaluate its pharmacological, pharmacokinetic and toxicological properties. If the preclinical data and animal studies shows that the experimental drug could be a safe and potentially effective treatment for people with substance abuse disorders, Delix will apply to the U.S. Food and Drug Administration to launch human clinical trials.

And just like that Lotsof’s dream is resurrected. Okay, so perhaps it wasn’t just like that. In fact, it took years and years of hard work, due diligence and enlightened thinking. It also took a visionary like Delix Therapeutics’ co-founder and Chief Innovation Officer David Olson. He’s the one who’s been applying himself over these many years.

Olson, who is a professor and runs his own lab at the University of California at Davis, modified the ibogaine molecule and patented it. His ibogaine analog, which he has dubbed Delix-7, is not psychedelic. Delix-7 also does not cause cardiac arrhythmia like its psychedelic version does.

Let’s say that again: Olson’s modified molecule retains all of ibogaine’s addiction-fighting ingredients yet eliminates its hallucinatory properties, as well as its dangerous side effects! If that’s not cause for applause, well… NIDA must certainly believe so. Otherwise why back a whole new slate of trials?

Might this be the time that a substance once solely “used to facilitate psychological introspection and spiritual exploration” transforms into a literal lifesaver?

Healing Properties wholeheartedly applauds David Olson and Delix Therapeutics for so steadfastly advancing the ibogaine treatment issue. The research seems to be just what the world’s doctors have ordered. It also seem to indicate that we might finally be nearing a solution to what’s become a mass tragedy. We’d also like to wholeheartedly thank Howard Lotsof and Jan Bastiaans. It was their research which initially put NIDA on the case. It’s undoubtedly their research which helped pave the way for the latest development as well. And for that they deserve our gratitude, even in absentia.

We’d also like to thank The Village Voice‘s Aina Hunter and the New York Times‘ Dennis Hevesi (in absentia) for backing our play, and Forbes‘ Will Yakowicz for spurring us along in the first place. Without ace reporting, the world would be a much dimmer place. You too have our deepest gratitude.

So do the great, good folks at both the FDA and NIDA. We’re always citing NIDA and its President Nora Volkow, and deservedly so. Because we believe it will be the doc and her team which helps resolve the addiction issue. Nevertheless, a little extra expression of gratitude couldn’t hurt. After all, they’re out there on the front lines, day-in and day-out. The least we could do is say Thank You.

How about you? Are you seeking help? Could you use some spirited addiction treatment? Something permanent perhaps? Ibogaine might not yet be ready, but there are scores of other methods. All you’ve gotta do is call. So, how ’bout it? Pick up the phone. Find out what’s right for you. The call could literally save your life. Really.