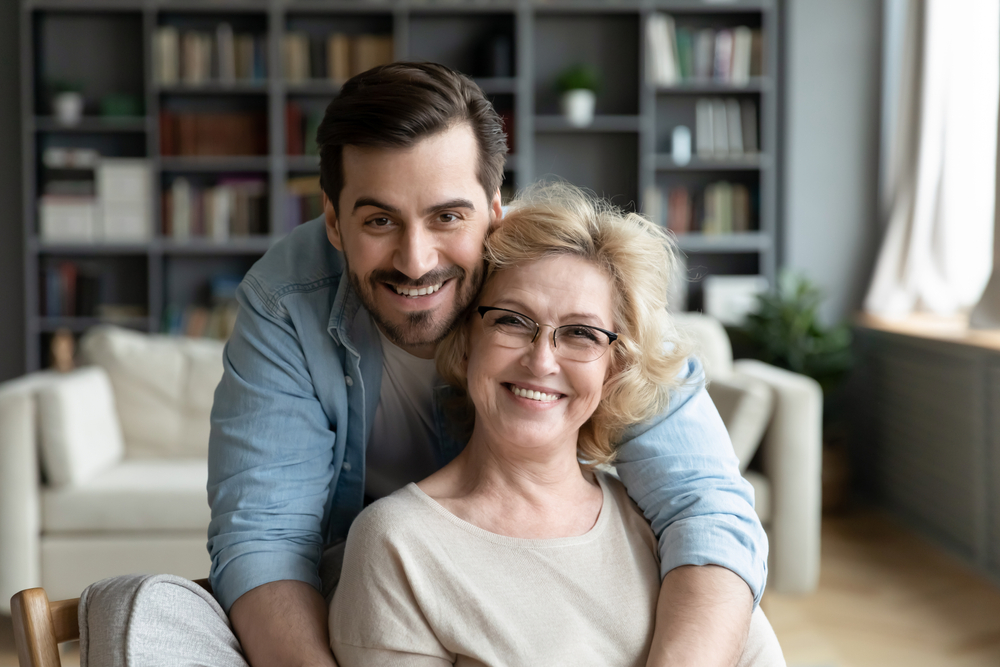 They were the words she’d been longing to hear for years. Through the arguments and recriminations, the arrests and disappearances, when he showed up early, when he showed up late, when he didn’t bother showing up at all. Three little words. But to her, the biggest words in the world. I’m sober now.

Yes, those were the words alright. Late, deep into the night. When she was waiting by the phone yet hoping it wouldn’t ring. She’d imagine those words. Their sound. Their shape. How they’d travel across the distances that had come between them. Sometimes she’d wonder if they’d even make it. If maybe those three words weren’t just a little too heavy to span so many miles, so much time.

Mostly though she wondered how those would make her feel. Happy? Relieved? If so, how happy and relieved? Would she jump for joy? Could she? After all these years? All these tears? And as much and as long and as hard as she wanted to hear these words, would she even believe them? After all, she was a Mom. And he was her son. And Moms are supposed to believe their sons.

Well, they’re supposed to be able to believe them anyway. But that would imply there was good reason to believe. Some cause which gave those words truth. A track record perhaps. A history of honesty. Trust. Unfortunately all that seemed to have evaporated long, long ago.

He tried to picture his Mom sitting alone at home, his childhood home, at the kitchen table near the old wall phone. She still preferred using the landline, even though nobody but scammers ever seemed to ring that number. She used it though. And when his own cellphone lit up with that magical number, the first phone number he ever learned in his life, his heart would hurt in ways he couldn’t even describe. It was a sharp pain, yet dull at the same time. As if the knife had gone into the wound too often.

Not answering her calls of course made the pain worse. Much worse. He’d feel the dull sharp hit, then a slow, grinding twist. The twist wouldn’t stop until he answered. Or unless he took another hit. For the past dozen years he’d mostly chose another hit.

Oh, there were the occasions when he was actually happy to hear from his Mom. Three occasions to be precise. And on all three occasions he’d just completed detox and was entering into a long-term treatment program. The recovery centers always allowed him to receive one call from his Mom before segueing into treatment and its ensuing phone silence. And every time he was thrilled to be able to bring her up to date. She always seemed really thrilled too. Knowing he was in a safe place, on the right track. And that made him feel 10 times better.

He sure wasn’t happy to answer the calls that came later though, especially after he’d walk out AMA and go straight to the spot. The recovery center would notify her at once of course. And she’d immediately follow-up by phone. He never answered once.

In fact, he’d usually give it a couple weeks before even speaking with her. Oh, he’d text her cell and say Don’t Worry. Sometimes he’d even say he was working and doing fine. But he never was working or doing fine. And she’d be worrying regardless.

One good thing (if you can call it that). He’d at least stopped lying to her about being clean. She wouldn’t ask. He wouldn’t offer. They stuck to that arrangement for years and years.

So when he called his Mom and said “I’m sober now” she really did believe him. It had been 30 days since he’d gotten out of rehab. He called from outside Delray Central House, the community center where he went for his daily AA meetings. And he was excited. Truly excited. Not just because he’d be receiving his 30 Day Chip (though there was a little of that). No, her son was excited because for the first time he felt as if he’d finally gotten a grip on his addiction.

His mother could hear the excitement all the way from Florida to South Jersey. It was there in the things he said and the way that he said them. And it was there in the fervor of his voice. This was the son who came home waving a report card loaded with nothing but A’s. The son who was selected to join the debate team and enlisted her help before every skirmish. The son who applied to only one college — her alma mater — because he wanted to follow in her footsteps. And who took her out to dinner the night he shared the news of his acceptance.

As much as she wanted not to break the spell, to have this very special moment last and last and last, she could hear her son’s new friends in the background and he knew how much these new friends meant to him. Heck, how much these new friends meant to her. Every morning for the past 30 mornings he’d call in to check on her (or more so she wouldn’t have to worry about him). And every morning for 30 mornings her son was full of the previous night’s minor milestone. They all concerned either some kind of trait he was attempting to develop (i.e. gratitude) or a fault he was determined to eradicate (i.e. selfishness). And they all seemed to make him stand just a little bit taller the next day. When pressed, he’d simply shrug and say “It’s the 12 Steps, Mom. That’s what they do!”

Well, if these 12 Steps were doing all this for her son, she was sold. In fact, she’d like to pick up a dozen for every Mom of an addict she knew. And after a dozen years, his Mom knew more than a few. Right now though, this minute, she wanted nothing but to Thank the Heavens for smiling upon her with such great grace and giving this Mom back her Son.

How about you? Things cool with your Mom? Is she still scared to receive your calls? Are you still afraid to answer? It’s nothing to be ashamed of, you know. That happens to everyone who’s lucky enough to have a caring Mom in their corner. What’s super cool is seeing the way she gets once you call and for real say “It’s okay, Mom. I’m sober now.”

Got doubts? Why not give us a call and find out?