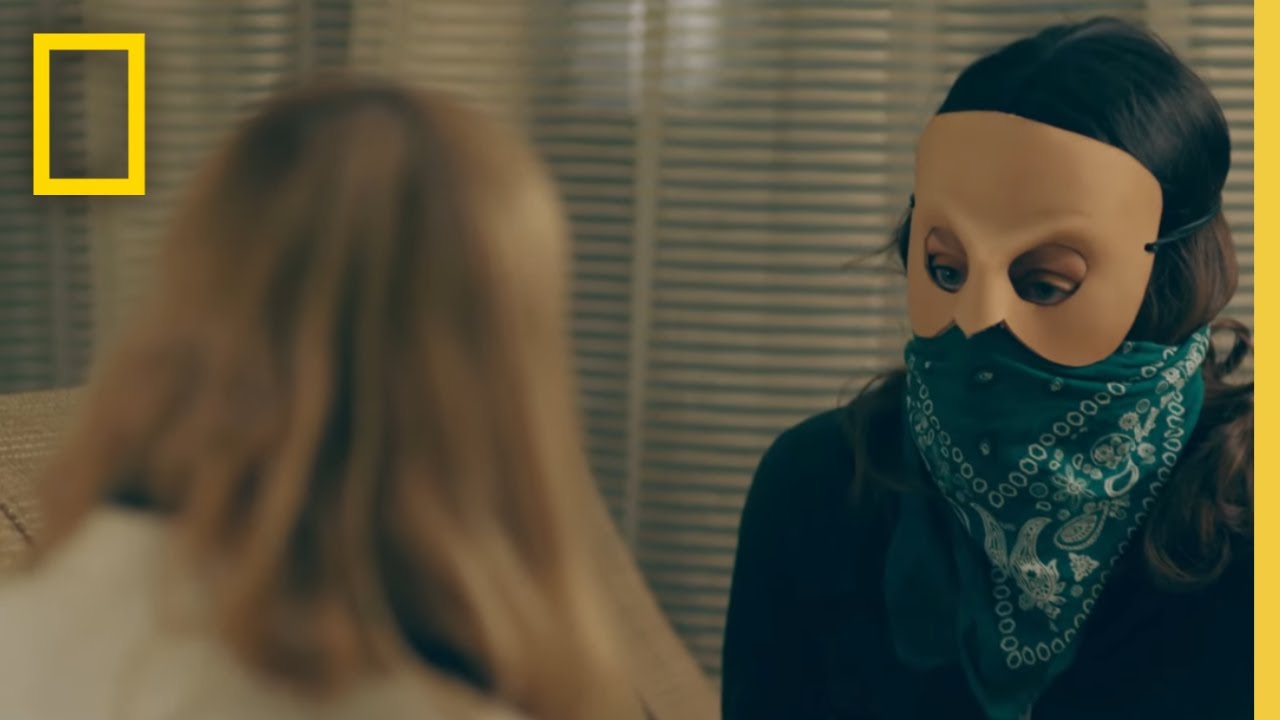 Crystal meth is back, baby! Or so some say anyway. Others say it never went away. Ever. Whichever the case, the drug wouldn’t be anywhere without the meth dealer. And so it’s to the meth dealer that we turn. Well, it’s where ace NatGeo correspondent Mariana van Zeller turned on this particular Trafficked episode. We just went along for the wild ride.

Now you get to go-go too.

Mike the Meth Dealer has been selling speed to Austin’s party set for five years. If that seems like a long time for a street dealer, well, that’s because it is a long time. It’s an especially long time for a dealer who’s also addicted to his product. But Mike’s out there clocking the dollars, so he’s obviously smarter than the average street dealer. He’s apparently smarter than the average addict too.

Now the five-and-a-half minute teaser doesn’t say whether or not Mike’s been arrested over the past five years, or just how long he’s been under the influence of his own product. It does say that he has been locked up; even has a few felonies to his credit, and that he’s spent time living on the streets after losing a house and a couple cars. It also says Mike’s promised his Mom to be there for her, and that he’s determined to keep that promise. Whether that means he’s dealing on her behalf isn’t clear.

It isn’t clear here anyway. Remember this is just the teaser. What is clear here is that Mike does his homework. How else did he manage to find a hotel that not only has no security cameras, but also allows smoking? He’s also clearly successful. His five years in the biz has allowed him to build a considerable client base, and he handles that base with MBA acumen. There are set hours, set days and set procedures. Something that’s essential when a Friday night “cattle call” can begin with over 50 messages and then proceed with at least another one a minute throughout the evening.

Of course running his meth operation as if it were a business is largely the reason he’s still even in business. Truth be told though, it also makes Mike something of a yawn. Then again, watching someone run a Mom & Pop Shop has never been an exciting endeavor, no matter how high Pop gets on the product or how colorful the customers happen to be.

To be fair though, we’re grading the story off of one 5:32 clip. There’s still a whole episode to dig into. Better still, there’s the ever compelling Mariana van Zeller doing the digging, and she’s about as far from a yawn as you can get. Not that an investigative reporter of her caliber and credibility would glorify the meth dealer, mind you — in any way, shape or form. Nor that she or the show would deign to amp up his life simply to grab more eyeballs.

The Banality of Evil

Which leads us to believe Zeller’s playing the piece the way she did purely on purpose. We see what we see because that’s what it’s like — a picture perfect representation of the banality of evil. No, Mike hardly has the scope of an Adolph Eichmann. However there is something almost “terrifyingly normal” about him. And it’s the diabolical that lurks beneath the ho-hum of it all which aligns him with rockstar theorist Hannah Arendt‘s infamous phrase.

In fact, capturing the banality of this evil could very well be the idea. Instead of those notorious Faces of Meth that so shocked the civilized world twenty years ago, we’ve got ho-hum Harry and his merry band of party people slowly sliding down the banister.

But though the interior designer (and mom), lawyer and car salesman of today are a far cry from the toothless, sleepless zombies captured by Oregon’s Multnomah County Sheriff’s Office (MCSO) back in 2004, these meth-seeking faces are still destined for some unpleasantries, even if it’s just tears. In fact, with bankruptcy, homelessness, jail and death hovering over every meth addiction story, tears may very well end up being the least of their pending repercussions. We don’t even want to imagine what happens to the meth monster who snaps after a 10-day-run and then starts eating people’s faces.

Okay, so that horror may have only happened a time or two. (Though, frankly, folks should be alarmed that it happened at all.) But that doesn’t mean utter ruin is off the table. Mike might appear relatively cleancut and straightforward, but he’s still a drug pusher, and drug pushers push drugs on to people until there’s no person to push. Considering drug addicts will beg, borrow, lie, cheat, steal and worse in order to further their addiction, the push usually comes to shove off. After all, even the craftiest drug pusher has problems maintaining a solid consumer base when their clients are likely to get bankrupt, locked up and/or dead. (Yes, we know all about in-prison addiction, but that’s another story altogether.)

The Rise of Meth Deaths

What’s so frightening though is just how much deadlier things have become since fentanyl entered the equation. The National Institute on Drug Abuse (NIDA) says fatal drug overdoses from psychostimulants (meth, cocaine) tripled from 2015-2019. But psychostimulant use did not increase at the same rate during that period. In fact, those numbers only saw a marginal rise.

Meth abuse has however started spreading to different segments of society. Back in the Sudafed Days, meth addiction was mostly limited to middle-aged white men. These days American Indian and Alaska Native communities reportedly have the highest risk for methamphetamine misuse. They’re also too often the most underserved.

“Public health approaches must be tailored to address methamphetamine use across the diverse communities at risk,” says NIDA Director Dr. Nora Volkow.

Dr. Volkow of course should know. Not only is the good doctor the head of America’s most august and astute substance abuse agency, but she co-authored a study that addressed the disparity.

In this study, the NIDA Chief and her colleagues analyzed two sets of data. For overdose deaths involving psychostimulants other than cocaine, they used the CDC’s National Vital Statistics System‘s cause of death files. For methamphetamine use patterns of U.S. adults ages 18 to 64 – the age group at highest risk of substance use and overdose deaths – they turned to SAMHSA’s National Survey on Drug Use and Health (NSDUH).

In the end the researchers found that the number of overdose deaths involving psychostimulants other than cocaine (largely methamphetamine) rose from 5,526 to 15,489 over those four years. That’s a whopping 180% increase. However, the number of people who reported using methamphetamine only increased by 43% over the same period. Nobody really knows why meth deaths outweigh new users by such a large margin, but we do know fentanyl is largely why so many died. We should also be grateful that the new users category didn’t increase any more than it did, because that would’ve only made for an even higher body count.

Nevertheless, meth use did rise. It’s still rising. And it’s rising fastest among many of our more marginalized communities. That’s a fact which should give everyone pause.

Say Goodbye to the Meth Dealer

It should also give everyone cause to sound the alarm — until we can finally say goodbye to the meth dealer for good. While we’ve still not come up with effective medications that directly address meth addiction, there are medications meant to address co-occurring issues such as depression, ADHD and the like, which are disproportionately found among drug addicts — meth and otherwise. Here at Healing Properties we make sure everyone has been properly assessed; because only then can they can be effectively treated. You’d be surprised what a little leveling off can do for a person, especially for a person suffering from crystal meth addiction. You’d also be surprised by the number of people who use meth to self-medicate.

Then again, you might not be surprised at all. Many addictions began when people turned to illicit drugs in order to treat what ails them. That’s why so many addicts benefit from a leveling off. No, that balance doesn’t necessarily have to come from medications. Heck, it can come from exercise and a new diet. But whatever the method, it’s best when it comes in a structured environment. Yes, we mean treatment centers and sober homes. This isn’t a sales pitch though. It’s just a fact. And a wish. We want you to get sober. Period. Sure, we’d be delighted to be your host. In fact, we’d be honored. But what’s most important is that you do what needs to be done. So if you need help finding a place, then please give us a call. We’d gladly help get you sorted, wherever it takes.