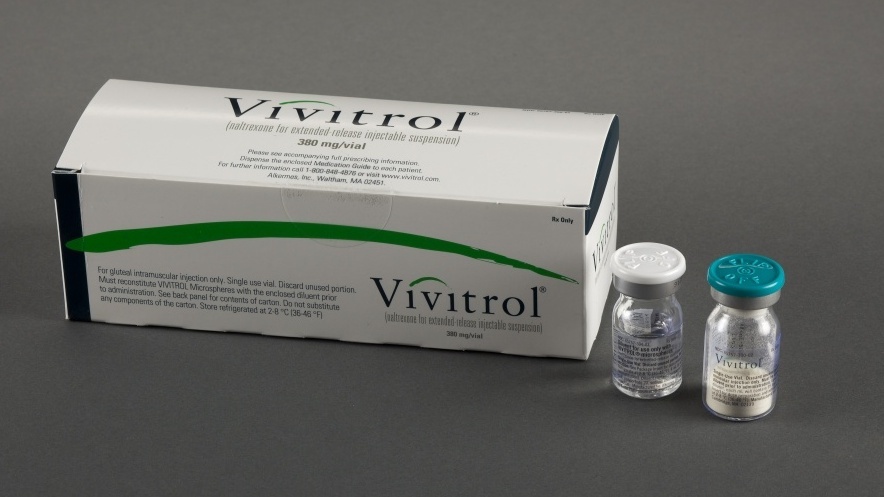 Isn’t It About Time We Gave Vivitrol a Real Chance?

Opioids? How, pray tell, do we finally stop their vast destruction? Zeus knows we’ve tried both the carrot and the stick. In fact, we’ve tried lots and lots of sticks. From alienation and stigmatization to downright incarceration. We’ve also tried upping the price, increasing the penalties, and making the drugs harder and harder to get. And still we’ve ended up with over 100,000 overdose deaths. And in a mere 12 months to boot! No telling how many broken families and wrecked lives there have been to go with that 100K. So isn’t it about time we try something else? Perhaps something along the lines of Vivitrol?

Vivitrol is one of the brand names used to sell naltrexone. (ReVia is the other.) Although it’s primarily been used to manage Alcohol Use Disorder (AUD), it works on Opioid Use Disorder (OUD) just as well. How? By reducing the cravings and feelings of euphoria produced by alcohol and opioid use. To put it simply, naltrexone prevents you from getting drunk or high. It also significantly tempers the urge to do either.

Naltrexone was first made in 1965. It wasn’t approved for medical use though till 1984. Wiki says the drug was then also being used for obesity. But we don’t know the how’s or the why’s behind that.

We do know naltrexone’s side effects include trouble sleeping, anxiety, nausea, and headaches. More importantly, we know it can be extremely dangerous to use while still under the effects of opioids. In fact, medical professionals caution against using the opioid antagonist until a person has fully completed withdrawal (generally 7-10 days). Otherwise they may suffer a severely rapid detox.

The risk of intense opioid withdrawal seems to be one of the main reasons more people haven’t opted to try naltrexone. After all, 7-10 opioid-free days is a considerable hurdle. But once past that hurdle, the medication does seem to serve as an effective deterrent.

Vivitrol can be taken orally (daily) or intravenously (monthly). There’s been much more success though with the monthly shot. However people with a very stable home and work life often do succeed with the one-a-day regimen. Whether monthly or daily, naltrexone-assisted-treatment will severely reduce one’s opioid tolerance. That of course makes relapse much more dangerous. So that’s another risk to factor into the equation.

If you believe you can handle the hurdles and assume the risks, please talk to your doctor. Vivitrol might just be the key to ending your addiction.

It certainly seems to be the key for some men up in Milwaukee — literally and figuratively. In fact, reporter Cassidy Williams’ Fox6 News headline is unequivocal: “HOC inmates rid addiction with holistic approach, UWM study finds.” It’s also some unequivocally great news. So great that Williams echoes it in her lead. And why not? After over 100,000 overdose deaths within the span of a single year, such great news deserves to be echoed, as often as possible.

The news deserves excitement too. After all, it isn’t every day the University of Wisconsin at Milwaukee (UWM) conducts a study that finds a Milwaukee County House of Correction (HOC) addiction treatment program was producing positive results. As everyone knows, jails are rarely the type of place to find positive anything. Same goes for drug use. But Williams’ heralding hinted at something even more rare in the realm of addiction and incarceration — Hope.

That’s right: Hope. A four-letter word seldom heard by either addicts or those who house them. In the dark recesses where addiction meets incarceration, it is a most welcome occurrence.

That newfound hope springs from a pilot program dubbed MAT: Behind the Walls. MAT of course means Medication-Assisted Treatment. In this case, Vivitrol is the medication, and it starts being administered four months before an inmate gets out from behind the walls. The treatment then continues upon a person’s release.

Who’s Behind Behind the Walls?

The Milwaukee County Behavioral Health Division runs the program in partnership with the HOC, the Milwaukee County Department of Corrections (DOC), Wellpath, Community Medical Services (CMS), UWM and Wisconsin Community Services. It’s being backed by a grant from the U.S. Department of Justice Bureau of Justice Assistance. The through line though are the case managers, who oversee the treatment from behind the walls to out on the streets. The case managers also ensure that participants meet weekly with counselors and peer specialists.

“Combining the medication and support is a key element why the program has been successful,” case manager Liz Schwartz told Urban Milwaukee reporter Edgar Mendez.

“The program seeks to save lives,” writes Mendez. “Numerous research studies have highlighted the elevated risk for drug overdoses for the re-entry population. One study in North Carolina found that during the first two weeks upon their release, formerly incarcerated persons were 40 times more likely than the general population to die from an opioid overdose.”

“People that were released would go back to using the same amount that they did before they were incarcerated,” Schwartz said. “They didn’t realize that their tolerance had changed, and the dose was really high and they would die from it.”

MAT: Behind the Walls is designed to prevent such a thing. It’s also designed to help the newly-released hit the proverbial ground running.

“If individuals are able to have this very structured program that’s working on their addiction while they are incarcerated, it’s one less obstacle for when they’re released,” Rebecca Headley Konkel told Williams.

Konkel is an assistant professor of criminal justice at UWM. As such she’s right there tracking the program’s results, from Behind the Walls and beyond.

“The last time I checked the statistics, over 90% were giving positive appraisals of the program,” she said.

If even half that number remained drug free, those would be astonishing numbers. It would also prove real success. After all, “the idea is that if people can overcome addiction, they will stay out of the prison system for good.”

Healing Properties wholeheartedly salutes everyone behind Milwaukee County’s Behind the Walls program. We especially salute their foresight and diligence. It’s going to take such foresight and diligence if we’re ever to end the Opioid Epidemic. More, it’s going to take such public-spirited spirits if we’re really to save lives. Imagine if every American county were blessed with such a noble coalition. Wow.

We’d also like to thank Fox6’s Cassidy Williams and Urban Milwaukee’s Edgar Mendez for so keenly bringing us this incredibly encouraging story. Without reporters like them, folks won’t get the great good news. And boy, do we ever need more great good news. So Thank You!

How about you? Struggling with opioids? In need of some help? It’s out there, you know. More and more. All you’ve gotta do is call. So please. Pick up the phone. Make that call. Change your life. You won’t regret it. Neither will your friends, and neither will your family. In fact, everyone will be overjoyed. Especially you. Really.