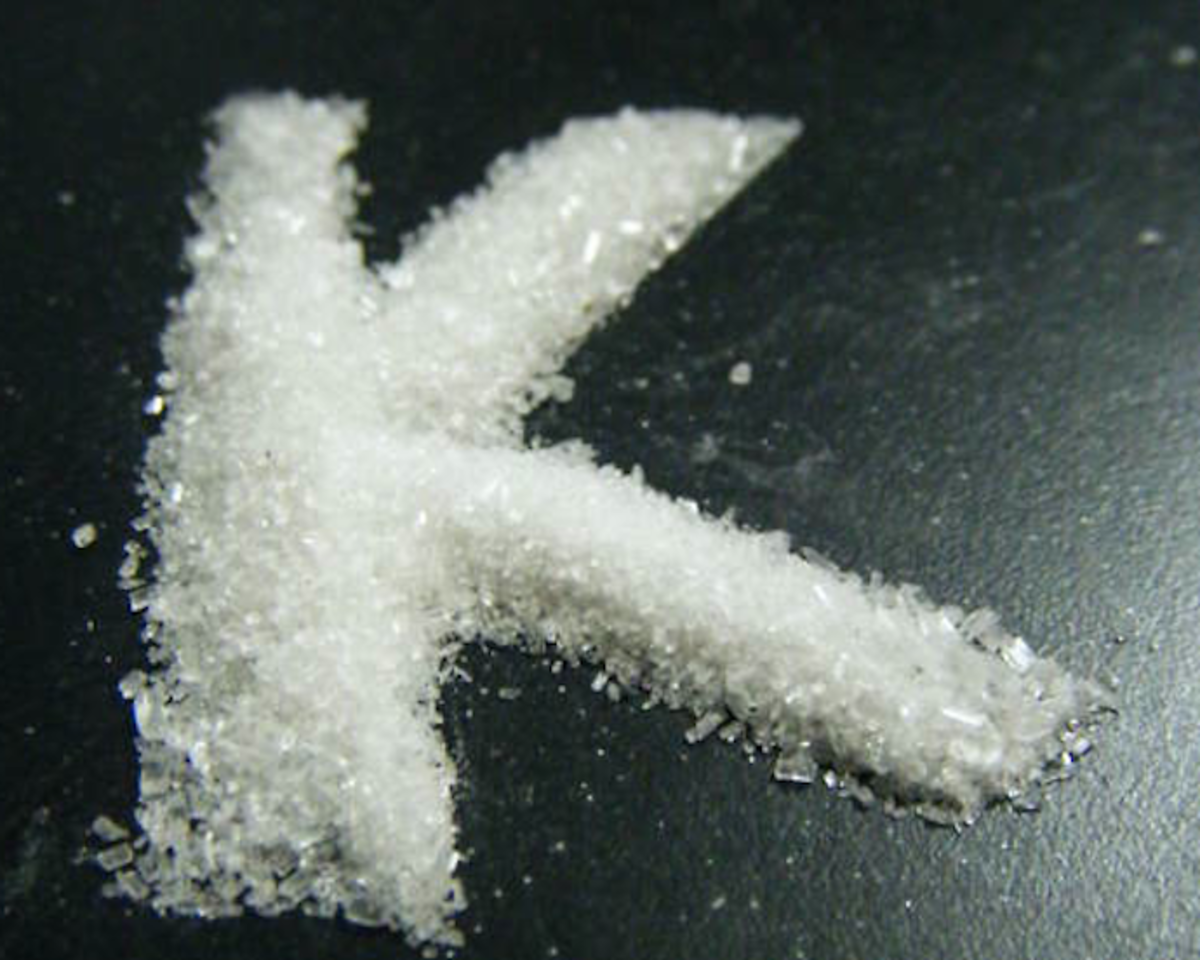 Is Special K Really as Magical as They Say?

It’s been used as a battlefield anethstetic, a hallucinogen and a party enhancer. It’s also played a role in an unknown number of sexual assaults. Now though it’s apparently the be-all to end depression, as well as your path to fast spiritual enlightenment. But could Special K really be as magical as they say?

Well, it depends on who you’re asking. It also depends upon the question. Special K most definitely has a super-devoted fan base. That base is growing larger by the day too. But there’s another contingent that says no way, no how will it ever be okay to take Special K.

So who do we believe?

The History of Special K

The history of Special K, that is to say Ketamine, aligns with the discovery of PCP. Back in 1956 a Parke-Davis chemist named Dr. Harold Maddox had synthesized a potential new anethstetic called phencyclidine (aka phenylcyclohexyl piperidine or PCP). He then passed it along to pharmacologist Dr. Graham Chen for tests. The new concoction seemed to prove promising with monkeys, so they stepped up the tests to include humans. Another doctor — Ed Domino — had similar ideas. (Domino’s wife Toni would coin the term “dissociative anesthetics”.) And with volunteers from Michigan State Prison ready to take the plunge, trade name Sernyl was given a whirl.

The volunteers didn’t respond so well though. In fact, there was an increase in both blood pressure and respiratory rate. Much worse, the studies revealed genuine narcosis, with a cataleptic state, potent amnesia and extreme analgesia. Sure, the researchers were seeking a pain killer. But they didn’t want to induce a catatonic state.

Years passed. Chemicals were reworked and rewired. Then Dr. Calvin Lee Stevens of Wayne State University synthesized a sequence of phencyclidine derivatives that seemed to be just what all the other doctors had ordered. And on August 3, 1964, the first human was given intravenous ketamine.

The results? “Minimal emergence delirium.” Otherwise known as light tripping. The subjects “described the experience like floating in space, as if they were disconnected from their body and environment with a loss of feeling in their limbs. Because of this strange sensation, Toni Domino called ketamine a dissociative anesthetic.” 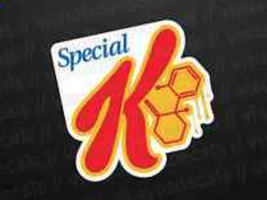 But ketamine didn’t just whisk one away into La-La Land; it also dulled their pain. And fast. So the drug began to be used on the battlefields of Vietnam. Since then, it’s also been found to be “an effective way to treat [a variety of] chronic pain syndromes, including fibromyalgia, migraines and burns.”

Then physicians discovered ketamine could also “ease pain of a psychological nature.” In low doses, it became a surprising model for schizophrenia too. Furthermore, ketamine acted as an antidepressant among the depressed. “And in 2012, researchers called ketamine, ‘the biggest breakthrough in depression research in a half century.'” Other studies have followed. Lots and lots of other studies. And they’re showing that ketamine may be effective in OCD, PTSD, anxiety, and suicidal ideation as well.

Now that would make for a very Special K.

We should note that the above research springs from a variety of not entirely unbiased sources. Among them is Georges Mion’s History of anaesthesia: The ketamine story – past, present and future, which ran in the September 2017 edition of the European Journal of Anaesthesiology. Another is “A Brief History of Ketamine” from the good folks at Reset Ketamine. While the latter is admittedly on the biased side (they’re here to change your mind), its content is as diligently-sourced as the European Journal. So is its even-handedness, which extends to Reset Ketamine’s founder, Dr. Samuel Ko. Sure, the message is draped in persuasion. But it’s never over-the-top or underhanded. Even better, Dr. Ko’s advocacy is purely organic in origin. And his story adds an undeniable veritas to the mission.

But what about the K Hole? That deep, dark abyss where the unsuspecting become victims of ketamine crimes, including what’s called date rape? Doesn’t that have any bearing on this story?

Of course it does. And you’re right, in these cases ketamine isn’t very special at all. In fact, it’s an abomination. We’ve seen people victimized while they were in a K Hole. And though we were able to prevent those incidents from reaching their awful conclusions, many, many more unseen incidents ended up playing out just as the predators planned. Far too many to fathom, let alone count. And we hope to never see or even hear of such utter ugliness ever again.

But of course subhumans are subhumans. And there’s not much anyone can do to prevent such creatures from being beneath any dignity. Should others be made to suffer simply because of these rotten apples? Must good folks be denied the right to live balanced lives? Is it fair to refuse someone the medicine that may heal them?

All kinds of drugs pose all kinds of problems if they fall into the wrong kinds of hands. Ketamine is certainly not unique in that regard. So perhaps the answers lie in regulation and education. Keep ketamine out of reach of bad people and teach good people its benefits.

Hey, we can at least try.

First responders are also using ketamine to treat the suicidal. It’s fast acting and, under supervision, relatively safe. Some potential suicides have even used Special K to turn around their lives. No foolin.’ In fact, there are reams of pages of people heralding ketamine’s spiritual properties. And each is as effulgent as a new lease on life.

In fact, Vice reporter Gavin Butler tracked down a small slew of epiphanists who say that even K Holes can be spiritually advantageous. He also found an enlightened clinical psychologist to help prove his point. The psychologist, Dr. Stephen Bright, who just so happens to be vice president of Psychedelic Research In Science and Medicine (PRISM), wasn’t at all surprised by the findings either.

“When a person’s in a K-hole they’re in a sub-anaesthetic state,” Bright told Vice. “And they’re experiencing a dissociation from themselves. This can lead to experiences of a sense of oneness with the universe, a series of interconnectedness… sometimes even a spiritual sort of experience.”

Out with the Sad

As for depression, WebMD’s Sonya Collins put together an enthusiastic set of people who swear by ketamine therapy, including Christa Coulter-Scott, a 52 year-old pediatric nurse from Athens, Georgia who’d previously tried 10 different antidepressants.

“My head feels lighter, and I don’t have that gloomy, dark, heavy feeling in my mind,” she told Collins. “And everything around me looks brighter — the sun, the lights in my office.”

In fact, Coulter-Scott was so happy with the therapy, she didn’t want it to end.

“It was like a spiritual journey” she added. “I felt warm, safe, and confident. As the treatment went on, all the weight of stress was taken off of me in layers. I felt like I had the power of the universe at my fingertips.”

But ketamine therapy does end. Currently after about six weeks. Though some patients do return for booster shots. But if folks can find real relief after only six weeks, well, we’ve got a keeper, no?

Special K Should Be Treated Specially

Healing Properties believes Special K deserves to be treated specially. That means it deserves serious consideration by the FDA, the AMA, and all other stakeholder agencies. It also means it deserves strict and stringent oversight. If this drug works as they say it works, then there’s no reason it can’t work under supervision.

The U.S. Food and Drug Administration currently approves Spravato (esketamine) nasal spray, in conjunction with an oral antidepressant, for the treatment of depression in adults with treatment-resistant depression. Because of the risk of serious adverse outcomes resulting from sedation and dissociation, as well as the drug’s potential for abuse and misuse, it is only available through a restricted distribution system, under a Risk Evaluation and Mitigation Strategy (REMS).

That’s okay. So long as it doesn’t prevent patients from being treated. Oft times FDA hoops can only be jumped through by Tinkerbelle-types and folks get left hanging (no pun). Such situations ain’t cool.

The AMA, for its part, has come out strongly in opposition of “excited delirium” diagnosis, as well as law enforcement’s use of ketamine to intervene in such cases. This too is a solid move, especially considering the group’s opposition is meant to prevent the reckless deployment of a potentially dangerous drug, in addition to its disproportionate deployment among minorities. (You can read all about the AMA policy here.)

We can’t go beyond calling for government oversight though. We can’t and we won’t. We’re not medical professionals. Nor will we ever pretend to be. We also have our own history with Special K. We are heartened to see professionals proceeding to help people though. So let’s just leave that at that.

What about you? Have you found benefits in Special K? Problems? Is something else ailing you? Could you use some help? Then please give someone a call. Call NIDA. Call SAMHSA. Or call us. Just so you call someone. Because addiction isn’t a fight you can win alone.